What I Wore 29th August and Lunch Out

On Thursday the 29th of August I was due to meet a friend for lunch so I got up and had a shower. My friend wasn't feeling too well so she cancelled, but I was feeling a bit cabin crazy so still wanted to go out. Lee said he'd go out for lunch with me to Meadowhall. He works from home on Tuesdays and Thursdays, so could take an hour or so off to go with me. I offered to buy sushi for both of us, so off we went to Yo Sushi.

I've always liked it, but Lee doesn't like the raw stuff, so since they've brought in more cooked dishes he's more keen to go. He had chicken ramen and some other bits. I am really loving Yo Sushi since I went vegetarian as it's made me branch out in what I'm trying. They've got a bunch of new vegetarian and vegan dishes. I had pumpkin katsu, vegetable gyoza, and a bunch of other stuff. There's a new vegan roll that I really liked with vegan mayo and sriracha, and I love their fries (which are vegetarian if you ask for them without the bonito flakes).

After lunch we wandered into Accessorize. I saw some faux marble slides in there back in May when we were in Harrogate, but didn't buy them, and I've been thinking about them ever since! I was hoping they were still in stock, and they were. I also treated myself to some rose gold earrings, I've been wearing them loads since.

I had just put on this dress to go out, nothing really special but comfortable and cute enough for a casual lunch. It was a nice couple of hours! 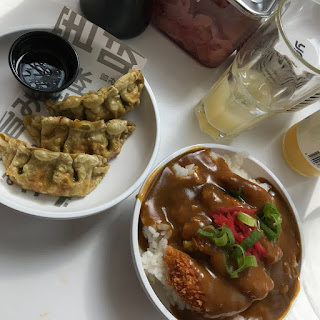 I love Yo Sushi, it's filling and delicious and fun 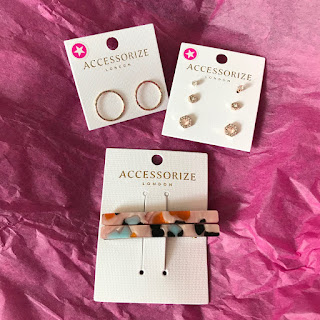 Aren't those slides so gorgeous?! They're pretty good even in my fine hair, too 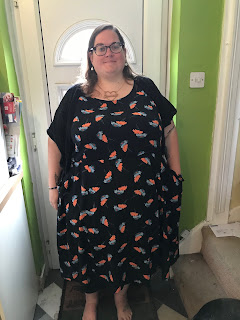 Scarlett & Jo dress, I've worn it a million times, but I do love it