Lee was off at the end of June. We were supposed to be on holiday in the Cotswolds, in a cottage on a holiday park with a spa, and I was really looking forward to spending so long in the swimming pool and getting to pootle round all those little villages. However, we clearly couldn't go away, but Lee decided to still have the week off. He really needed a holiday as he had been working flat out for about six weeks as there have been loads of problems with what he works on (he's a software developer) and he's had to spend hours sorting it out. We had lots of stuff to do around the house but I was determined that we would get some outdoor time and sunshine and do things each day, even if this only meant going into town for some coffee or something. I am still preferring to stay out of busy places, and I don't want to go shopping, for sure.

So, on the Monday Lee did some tidying up in our new garage (it's so complicated, but it's outside our house, and we're renting it) while I did wages for work as people obviously needed paying. Then I said we should go to the tip to get rid of loads of stuff we've accumulated during lockdown as we've been redecorating the attic. Lee played jenga to get everything into my car, as his was at the garage. Mine is a Vauxhall Corsa, and it's surprising exactly how much stuff you can fit in it. I drove and Lee sat in the back squashed in by the old sofa bed.

We had to queue at the tip in a very confusing manner, so we swapped round so Lee could drive. I was in the back, very squashed, but I was glad I had my book with me as we waited around half an hour. We got rid of loads of stuff and then went to the petrol station and bought ice creams from there. We came home and ate them in the sun tent in the garden, which was lovely. We also bought a paddling pool a few weeks ago - it's really small but definitely big enough to put our feet in and cool down on a hot day. I said we should start filling it, so we did.

It was a nice, relaxing first day! 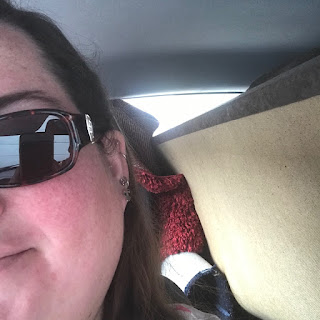 Me in the front of my car all squished in 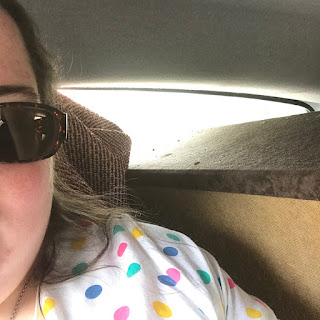 And even more squished in the back! 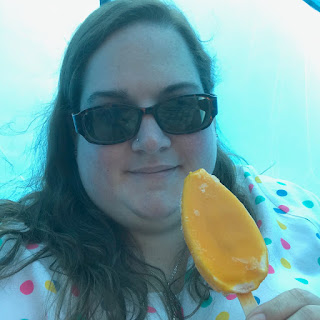 Solero in the sun tent 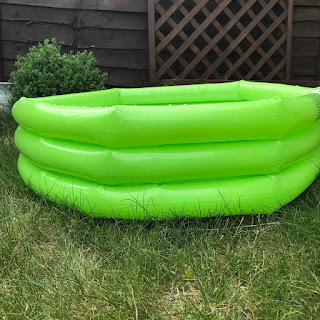