We went swimming first thing on the Thursday of our holiday, as we hadn't been on the Wednesday. We wanted a nice quiet day as we were both really tired. We had a lovely swim and then a shower and then ate some lunch. We then headed into Warwick as I wanted to visit the independent bookshop there. It's called Warwick Books and it's right on the market square.

The staff greeted us really warmly and said they liked my flamingo skirt. which was nice of them. Their children's and YA sections were really nice, I wish I'd taken photos actually. I bought three books, as always you can read my book reviews here on my book blog. We also managed to get a wheely trolley/small case from the Oxfan shop next door which we've put the zine distro into. We had a big box but it was breaking, and it meant that if Lee dropped me off at a zine fest I couldn't carry it by myself, I would have to wait for him to come back. We've been after a wheeled case for a while, but we didn't want to spend too much. So this one, which looked close to brand new and was just £6.50, was perfect. We've put the zines in at home and it's got loads of pockets for all our other bits. I'm happy about it!

We left Warwick and drove to Henley nearby, where we'd got curry from previously. There was an ice cream shop so we went in there and got ice creams. I had banana fudge and salted caramel and they were both really nice. We thought there were more shops to look round there, but there weren't, so we just went back to the cottage and relaxed.

I was wearing my flamingo skirt with a pink and yellow tie dyed t-shirt that I dyed last summer. I love it, it's really soft and the colours are so nicely pastel. I wear these two a lot together! 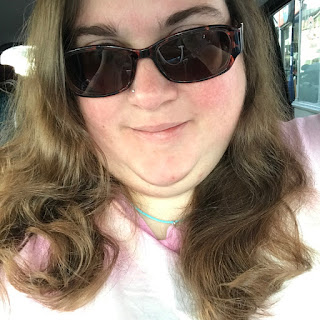 I took this photo of myself because I was feeling cute. My hair was also really long at this point. Lee cut it back in March but it's grown loads since then, it was nearly to my waist. I've had it trimmed since then though as I had a lot of split ends 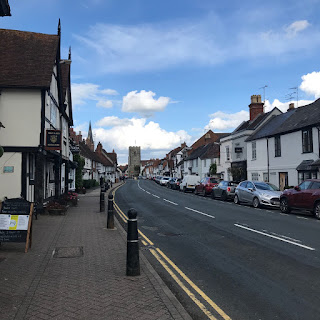 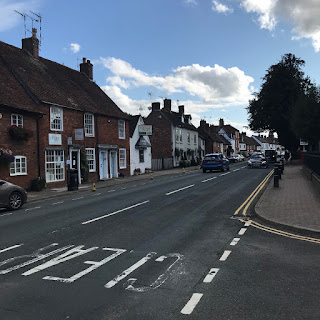 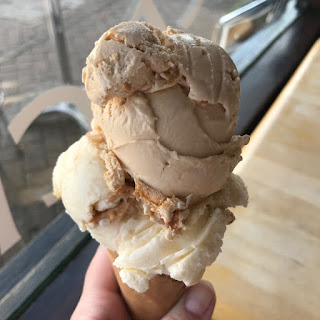 And my huge ice cream! 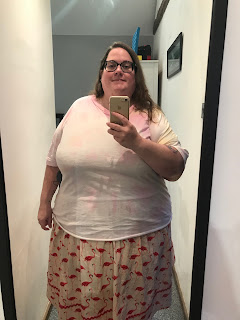 Outfit of the day!