On our last day of holiday we decided to go to Royal Leamington Spa. I've never been and I actually thought it was further from Warwick than it is - the two places kind of just merge into one. We needed some kitten supplies and there was a Pets At Home so we called in there and we bought them some new little balls to play with. There were like eleven in the packet and I've been rationing them out because otherwise they all go missing at once! I swear our house is just covered in kitten toys and bits of paper and wrappers these days, it's ridiculous. The kittens were in a cattery while we were away and they were fine. The staff played with them a few times which is good. They also got neutered the week after we came back from holiday, they were both absolutely fine after it and healed quickly! If you want kitten photos, they have an instagram here! But yes, they were fine.

We headed into Leamington Spa itself but weren't really sure where to go. A few things were still closed because of Covid. We hadn't eaten either, and then I spotted a hipster looking place called Warwick Street Kitchen, so we parked nearby and went in for brunch. It was really nice! Then we went into the CUTEST shop next door, it was like stationery and homewares and fancy toiletries. There were tons of things I wanted to buy but I restricted myself to some Halloween stickers and two French soaps. One of which is jasmine fragranced! Perfect!

We struggled to find something to do after that and the weather was off and on. We had talked about going to Warwick Castle but it is nearly THIRTY POUNDS PER PERSON so we decided against that. We ended up going to Warwick Museum which was free and quite fun. There was us and two other people and two members of staff in there, so it was fine. It has some cool things in it including dinosaur bones and a huge embroidered artwork of a map of the area.

We went back to the cottage and went swimming for the last time. It had been so lovely having the pool and I'm so glad we found somewhere with one - and really pleased by the added bonus that we didn't have to share it with anyone! Then we went to a nearby pub for tea. We'd chosen one that had vegetarian options on the menu but it was quite strange and the food and the service weren't that good. But, never mind, you live and learn.

We had mostly packed on the Friday night, so the next morning we just put things in the car and drove home. We dropped things off at home and then picked up the kittens around lunchtime. We had had such a nice time but it was nice to be home with them. And I know we're so lucky to have been able to go on holiday in the pandemic. I feel like we did it in the safest way possible. 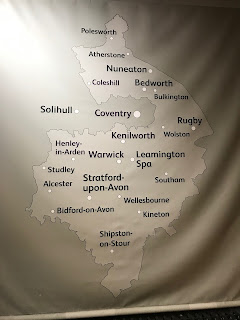 A map of Warwickshire in the museum 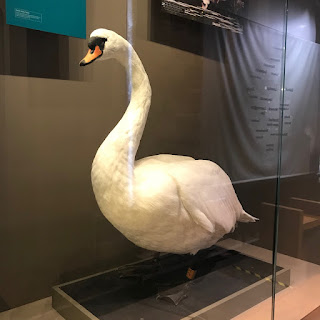 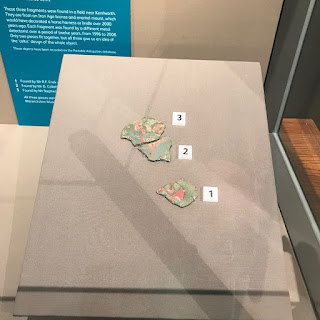 These were bits of pottery found, I liked them 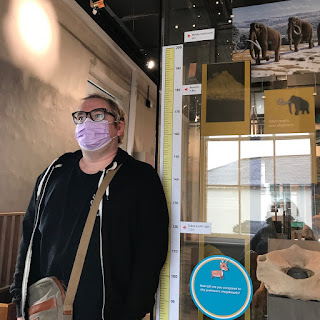 Lee, proving he was taller than a sabre toothed tiger 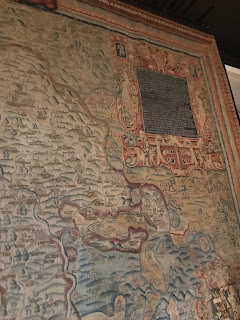 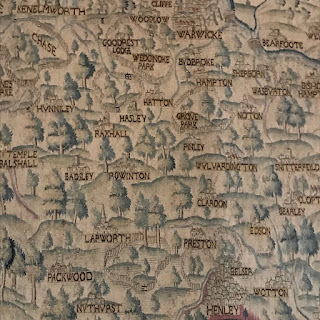 This is where we were staying, near Rowington 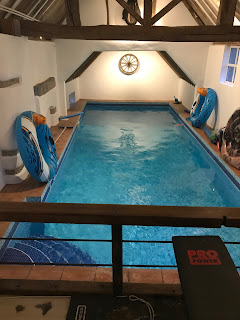 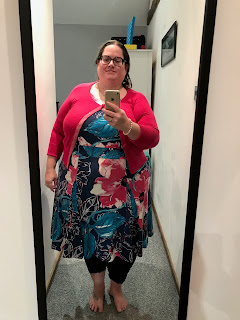 I was wearing this Joe Brown's dress to go out in, I love the colours in it 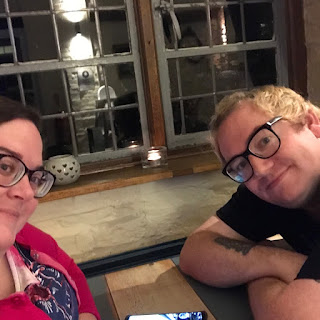 Here we are in the pub 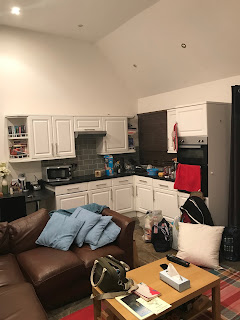 This was the main room of the cottage 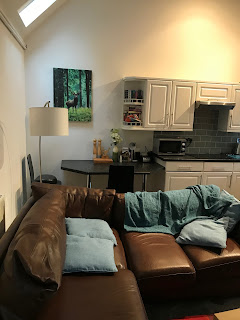 And the other side of it 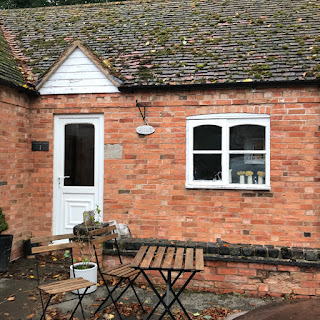 The cottage itself. The other one was to the right of this picture 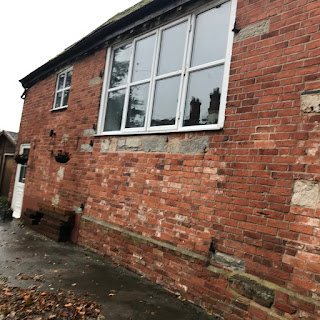 This was the pool house! It was really lovely to stay there - I'd go back!
Posted by Rebecca at Friday, November 27, 2020