A Lovely Day in March

We had a really lovely Saturday together a couple of weeks ago so I thought I'd write a blog post about it. Lee works full time all week and spends a lot of time on video calls, so I can't be in the living room most of the time. I end up sitting in the attic room by myself, and it's fine, I'll get through it. I know that brighter times will come because they have to - Covid can't keep on taking us all from our lives. I just can't really believe we're a year into this, can you?

Because of me being alone most of the week, we've been trying to make Saturday a bit of a special day. We've been doing jobs and stuff, and we've usually been out to a shop. Then in the evening we've made a special meal and watched something on the TV. It's simple but it's been really nice.

So in the middle of March, we got up and went to the post office first of all, and then to the Range, which we've found is the cheapest place to buy cat litter. With two kittens and two litter trays we go through a lot of it! Lee also needed a new paint pad as we've been redecorating the stairs and landing. I also got to choose some Easter eggs which was good. Last year I didn't get to!

Lee popped into Morrison's while I read my book in the car, and then when we got home we had lunch. Then we tidied up outside in the back a bit. It's a shared yard and a lot of rubbish seems to end up in our bit as there's a fence that acts as a wind trap. We got rid of rubbish and old leaves, and we sprayed weedkiller on the weeds. We put some washing outside on the line, which is always lovely. It wasn't particularly warm and it was very cloudy, but it stayed dry.

We came back in and made some Easter nests with cornflakes and chocolate and mini eggs. Not complicated but they're always delicious and fun. After that we both had a nap - I'm not sure why we were so tired but we fell asleep on the couch.

It's funny because we still shut the kittens in the attic room at night. I think if they were allowed to roam the whole house they would get into too much mischief, and although they would sleep for some of the night, they would also bother us and try to wake us up. I know I'm right because every time I nap, Jasmine pokes my face to try to wake me up. I thought she wanted to come under the covers (I always have a duvet on the sofa cos I'm always cold and Lee's always warm) but no, she was poking my face. And this is why she's not allowed in my bedroom at night!

When we woke up it was time to video chat with my family which we've not done in a few weeks. That was nice. Then we made bread! We had planned to make garlic dough balls, but the dough was too sticky, so we just baked it as a bread and cut it into pieces. Lee made the garlic butter for it, and then he made tagliatelle alfredo. It was really nice, but not very saucy - I'm not sure why! The bread was nice and the garlic butter was amazing! But I do want to make actual dough balls soon!

I was wearing this Joe Browns dress that I got a few months ago. It's red and navy blue, and has buttons running down the length of it. It's really nice to wear and will be especially lovely in the summer. Over the top I put this Joe Browns jumper on, which I've had for years and periodically forget about, but I've been wearing it quite a lot this past winter. It's nice, not too thick, and I love the raspberry colour. I was also wearing these new Converse trainers. Instagram had been advertising them to me and I gave in. They're slip ons - there's elastic under the tongue and the laces are fakes. Now I love my Converse and a couple of other pairs of trainers I've got that are similar, but doing up the laces is such a faff and also something I find difficult with my chronic paid. So slip ons are ideal! They're really lovely and comfy, I can't wait to wear them allll summer!

It was a very busy but very lovely day! 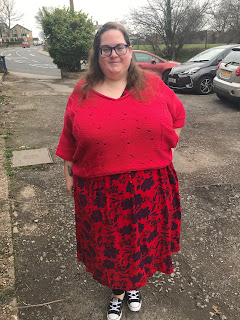 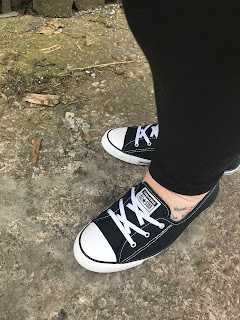 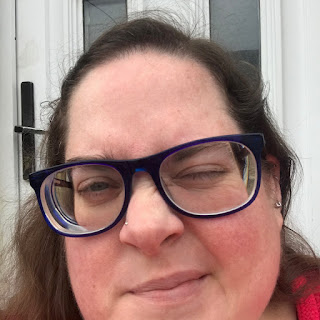 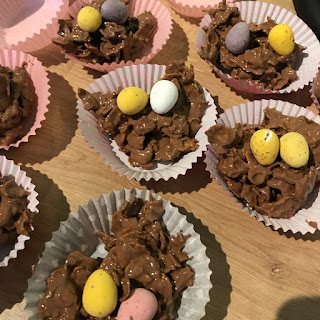 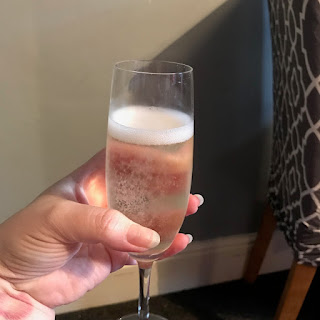 Cheers! I haven't drunk loads in the pandemic, as I've been by myself so much. Lee doesn't drink at all. I'm looking forward to sharing a bottle with someone again hopefully soon! 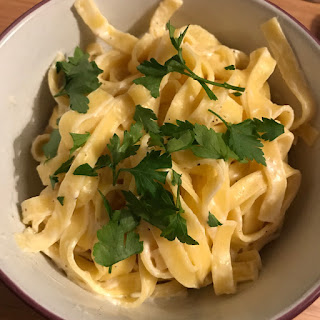 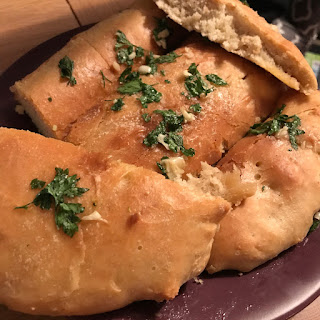 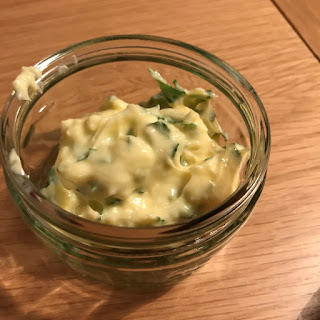 And the very delicious garlic butter!
Posted by Rebecca at Wednesday, March 31, 2021