The Rest of Our Staycation

As I said previously, Lee was off the week before Easter but we obviously couldn't go anywhere, but we had a really lovely week anyway. We lounged in bed, we watched films, we went out and got ice cream. When Lee is working I can't sit in the living room as that's where he's working from, so I enjoyed lounging on the sofa reading quite a bit. Lee did loads of bits around the house and we generally had a nice week. 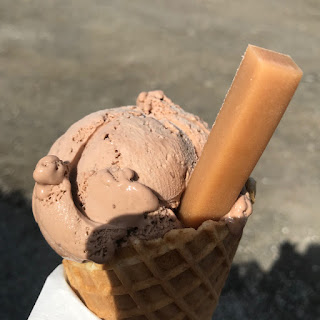 On the Wednesday we went to Yummy Yorkshire which isn't too far away from us, and where they are doing takeaway ice cream only currently. I got chocolate and caramel fudge ice creams, and a fudge stick. 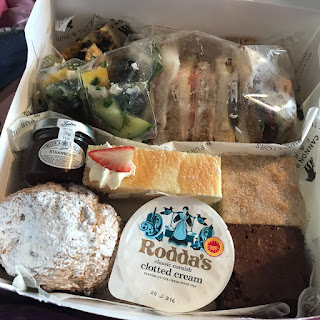 On Thursday I had ordered afternoon tea from Cannon Hall Farm again so we had those at lunchtime. So much, we didn't eat it all but saved some for later. I video chatted with my friend Jac - we had wanted to go see her but it was too cold to sit outside anywhere!
On Friday I woke up to the news that one of my BFFs, Sarah, had safely had her baby first thing on Friday morning! That was brilliant news of course. They were discharged on Sunday - Sarah wasn't very well and they wanted to keep an eye on her for a bit. I hadn't slept well partly because I was worrying about her and partly because I have tennis elbow at the moment and it's really sore. I can't work out what's causing it, so I can't make it stop. I finally had a telephone call with a doctor about it and he prescribed strong painkillers. They work, but they're making me knackered and a bit loopy, and I'm still not sleeping great. But it's better than before!
On Saturday my mum and stepdad came to help us mend the fence. They can now visit us in the garden of course, so they did. Lee and my stepdad mended the fence, which involved concreting in a new post in and bolting the post into a metal holder. It should hold now, thankfully. My mum and I cut down a bramble bush that was in next door's garden (our gardens are weird and there's a gate between his and ours) but was coming through to both sides of our fence. It needed a lot of cutting and dealing with, and now needs some strong weedkiller on it. We did it though, although I can definitely feel the ache in my arms and hands the next day.
In the evening Lee and I made a Middle Eastern meal. It was so good and there was loads of it, enough for leftovers the next day. On Friday we had made labneh, which is strained yoghurt. It comes out tasting like cream cheese, and you're supposed to serve it with red chilli flakes and olive oil, with pita bread to dip in. We made hummus, which I've always wanted to make. It was so good! We made fatoush, which is a salad with pita bread chips in it, which we made by baking pita bread in olive oil. We made couscous and threw in some sauteed courgette and red pepper. And we made batata harra which is like a curried potato. Oh and we had some shop bought falafel too. It was all SO good! I'm so impressed with us!
I also had some cocktails delivered! I had been considering it, but I'm nthe only one that drinks, and I'm not a big drinker by myself. But a bar in Barnsley was doing 4 cocktails for £26 which I found reasonable, so I chose some and ordered them. Jac helped me decide which ones I wanted actually when we were chatting. A lady turned up at the time she said, and she was lovely. The cocktails were delicious! I might order again before lockdown is over. I really enjoyed them over two days. 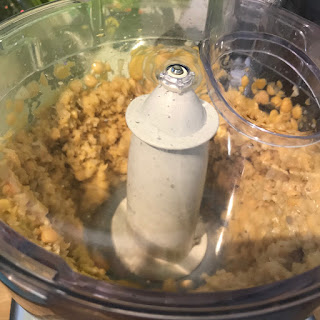 All the stuff in the food processor to make hummus. We couldn't find tahini so made it without and I think it was fine. We did add more garlic and lemon than the recipe said 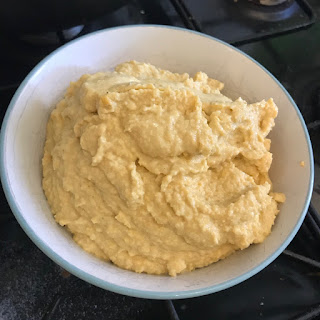 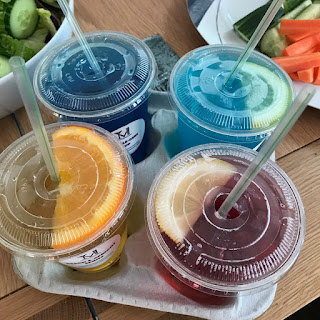 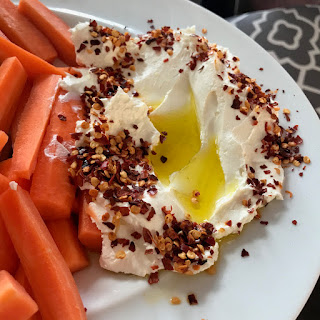 This is labneh, it was SO easy and so good, I'll make it again 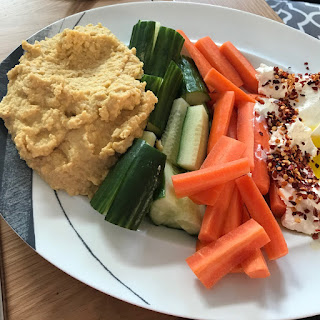 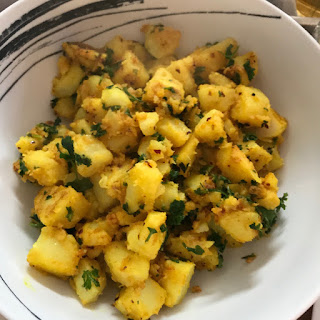 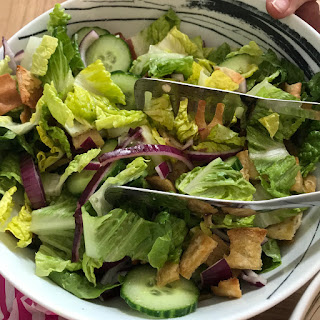 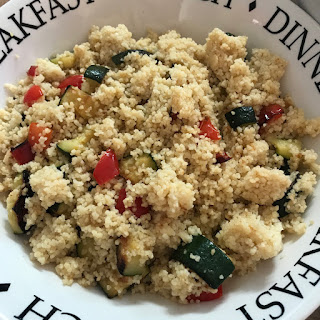 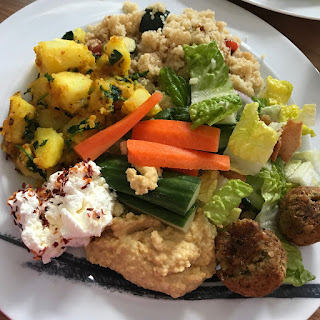 And my lovely fresh delicious plate!
Posted by Rebecca at Tuesday, April 13, 2021