Lee's sister got married at the end of May. She and Steven have been together for 17 years and have three kids, and have been enaged for a while, but finally decided to get married this year. They had a humanist ceremony at their own house - they have a huge garden that was big enough for a marquee.

It was really hot as we arrived and as the ceremony started, there were rumblings of thunder overheard. Just as the officiant said, "The new Mr and Mrs Finley", the thunder cracked overhead which was dramatic and funny. It did at least cool the weather down quite a lot. The ceremony was a humanist one (they did the legal bit earlier in the week) and it was really good and full of stuff about respect and about their family.

The heavens then opened and it was raining heavily, and then it started hailing, too. Fortunately this cleared up after a while so the photographer could take photos. There was a food truck that arrived - serving hotdogs, burgers, salads, and veggie options. It was really nice!

We had a really nice time catching up with Lee's family, who we don't see often. Kim and her bridesmaids and the kids all looked gorgeous, and the details that she'd thought of for her vision of a wedding at their home. I took quite a lot of photos: 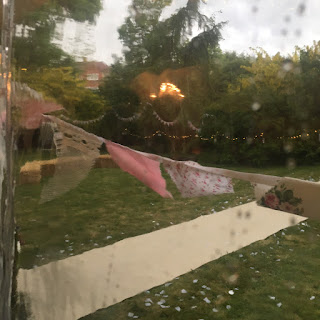 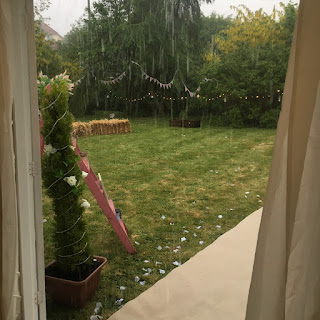 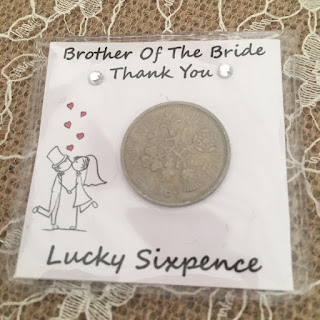 This was a present at Lee's place - isn't it lovely? All her brothers had one 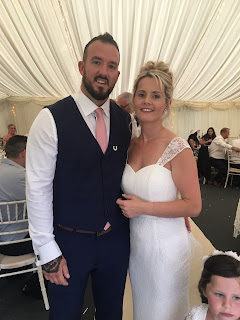 Bride and groom, with Tillie just in the corner 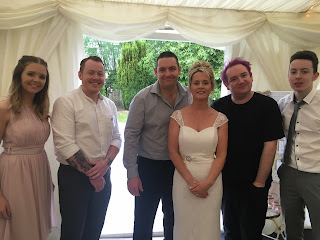 All of Lee's siblings. Victoria (who was a bridesmaid), Andrew, Chris, Kim, Lee, and Daniel. Lee is the eldest at 34, Daniel is the youngest at 18 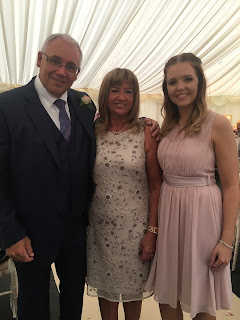 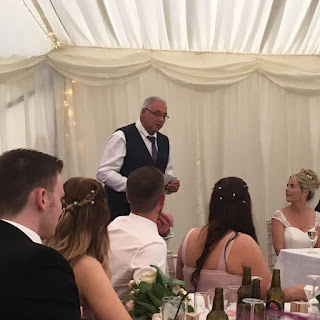 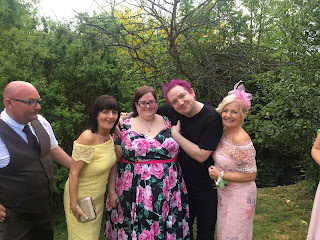 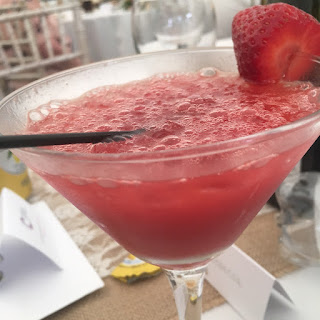 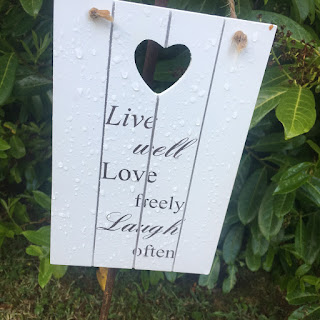 There was little things like this strewn across the gardens 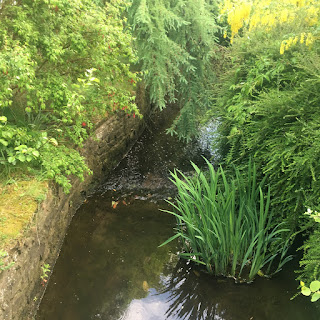 And the garden has an actual stream in it! Isn't it lovely? 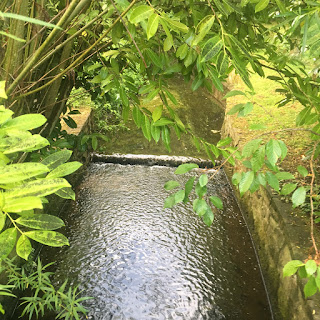 I took these photos from the little bridge 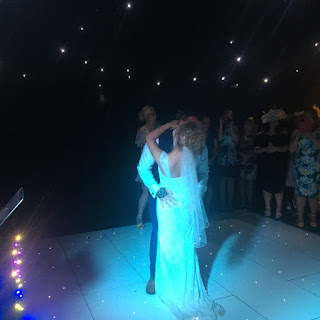 First dance - I'm not too sure what the song was but I know it was a pop song, not a slow one 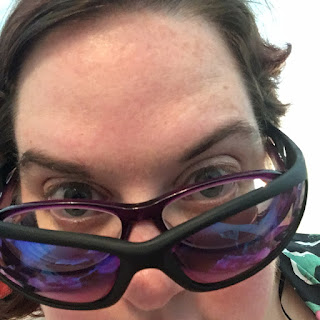 Trying Lee's glasses on, I was a bit tipsy by this point 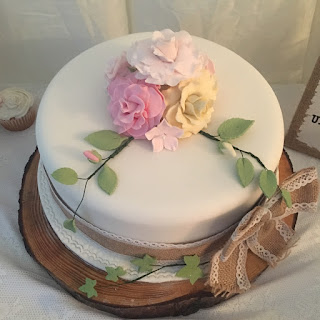 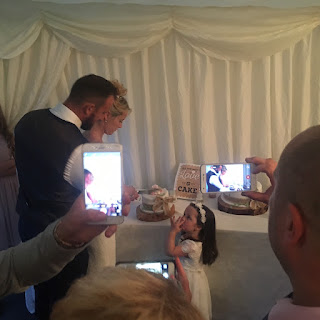 Cutting the cake, with Tillie getting her fingers in 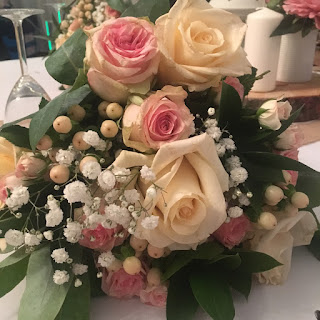 Kim's bouquet - it was so stunning 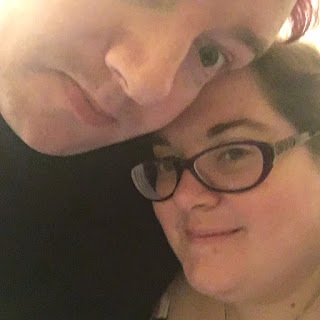 And finally, a late night selfie of Lee and I :)