At the beginning of June Lee and I went on holiday to France with our friends Bettie and Jen and my mum and stepdad. Now, it was actually a week's holiday that Bettie won in a Sheffield Hospitals raffle last year! The owners of the gite, Joy and John, generously donate a week's holiday as a raffle prize and Bettie was lucky enough to win. The gite sleeps ten people so she asked us if we'd come, which was so lovely of her. We had to pay for flights and car hire, obviously, but it was otherwise free.

We flew from East Midlands Airport on 3rd June. I've not been from there before, but it was easy enough to get to from our house. We got meet and greet parking because it was cheap, and it was so easy - we just went in, left the car, and had it returned to the car park upon our return a week later. It is a much better airport than Leeds Bradford (which is impossible to get to) so I would definitely go there again. We arrived around lunchtime and had a nice meal in the pub before boarding our flight at 1.30pm. It is only an hour and twenty minutes so before we knew it we were touching down in Limoges.

I've been there twice in recent years - once when we went to Vayrac with our parents, and last year when my godmother got married. We just happened to be in pretty much the same place for this holiday. When we arrived it was absolutely bouncing it down with rain, meaning that me and my mum got very wet when we went to pick up the rental cars!

Lee gets very travel sick so he'd had strong medication, meaning I had to drive Bettie and Jen to the gite, while Lee went with my mum so he could lie down on their backseat. I've never driven a left hand drive car, though, so I was really anxious about it. I was given a VW Golf, so nothing too huge, but it had a really complicated handbrake system which made it a faff. Once I finally got going, I was okay, although I did keep trying to change gear with my left hand. Still, I actually enjoyed it, and found the Golf a nice car to drive.

We stopped at the supermarket on the way to the gite to get provisions for the evening. I bloody love French supermarkets. Bettie and I are actually going to write a zine about the holiday and I know I'll be writing about supermarkets as part of that. We got to the gite about 7pm and were immediately welcomed by Joy and John. They showed us round and Bettie, Jen and Lee immediately went for a swim!

Here's some photos from the first day. I've got loads of photos to share so there'll be bunches of posts, sorry! 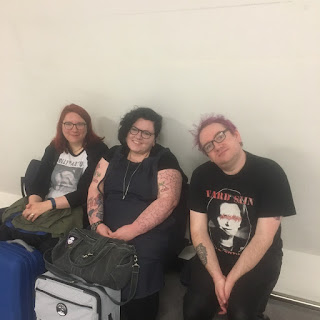 Jen, Bettie and Lee waiting in the airport 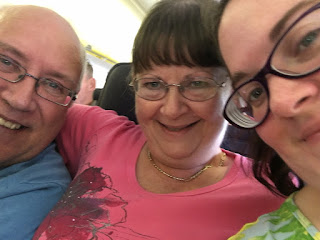 My stepdad, my mum and me on the plane 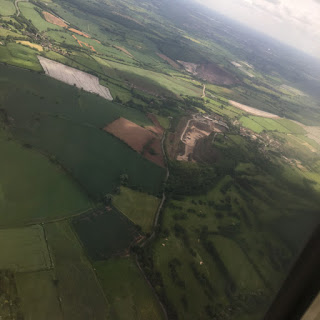 Lifting off from England 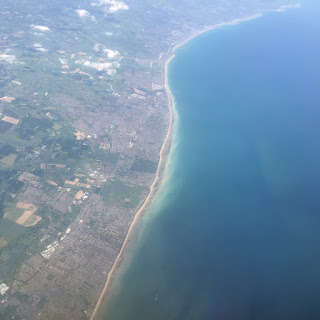 The south coast of England. I was fascinated by all the different colours in the sea 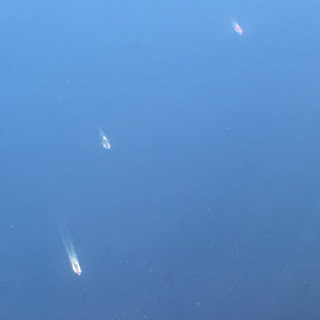 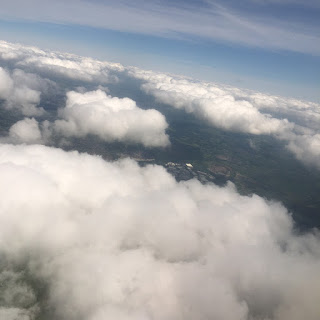 And clouds over France, hence the rain!