At the beginning of May I went camping with Lee, my mum, my stepdad, and Sam. Lee had said he wanted to go to Derbyshire so we went to Laneside Caravan Park which is only about an hour's drive away from our house. We booked into a quiet field in the site which wasn't too far from the loos but which was quiet and had no kids. However, the site itself was quite noisy as it was on a bisy road and had a pretty busy railway line near it too. I'd go back and I'd recommend the site, but I would also recommend ear plugs!

Anyway, Lee and I arrived just after six on Friday night. My mum and stepdad were already there as they'd been able to set off earlier, so they helped us get our tent set up. The nearby village had two takeaways, an Indian and a Chinese, which delivered to the site, to the phone box by reception! So we decided to get Indian, and it was really nice.

On Saturday morning we had fried egg sandwiches for breakfast and then went for a drive up towards the caverns near Castleton where they mine Blue John. It's a type of fluorite and it is a gorgeous purply blue, and this is the only place in the world where it's found. I went to one of the caverns a long time ago with my dad, when I was about ten years old. I'd like to visit one again actually.

We stopped in Castleton for cake and a drink, and had a bit of a wander round. I bought a very nice piece of Blue John and wished I had enough money to buy some of the jewellery. Then we went to look for a pub to eat in later that evening and went in for a pint and a play on the pool table. It was a nice pub so we decided we would eat there.

Sam arrived on the train - she had been at work - and we got her bed set up in our tent and then went back to the pub for food. I had lasagne which was homemade and really delicious. We went back to the tents and had a few drinks there.

On Sunday morning we helped my mum and stepdad take their tent down as they and Lee were leaving. It was really sunny and I ended up a bit sunburnt! We had lunch on site and then went for a drive up by Ladybower reservoir. There were tons of sheep and lambs everywhere which was just adorable! My mum and stepdad and Lee set off from there at around 2pm, and Sam and I went to Hope itself and had an ice cream in the sun. We went back to the tent and got Chinese takeaway. It dropped really cold so we went to bed at 9pm dressed in a lot of layers!

On Monday we packed everything up between us and then drove home, then went to the pub near my house for lunch. It was a really lovely weekend and I'm glad it was only the first of my camping trips this year! 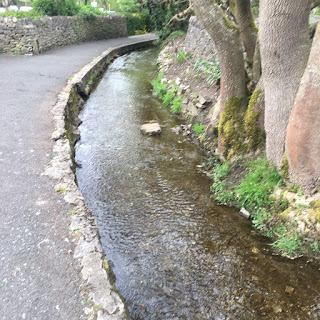 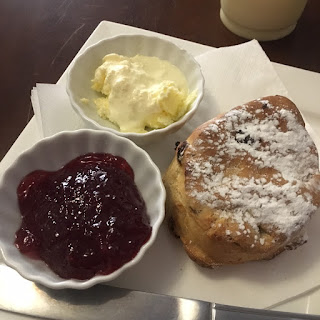 The extremely delicious hot from the oven scone I had 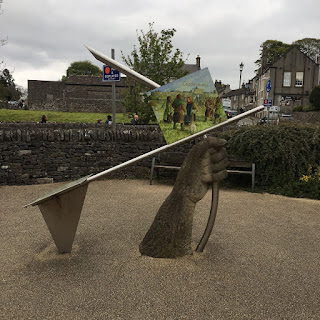 Near the visitors' centre 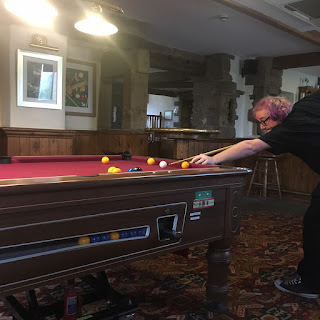 Lee playing pool in the pub, he's really good at it 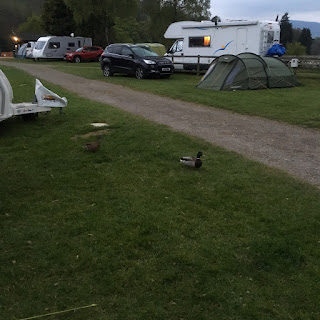 Ducks on the campsite! We fed them 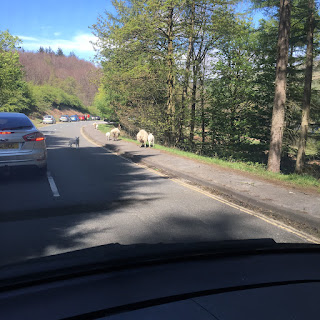 Sheep and lambs on the road, bless them 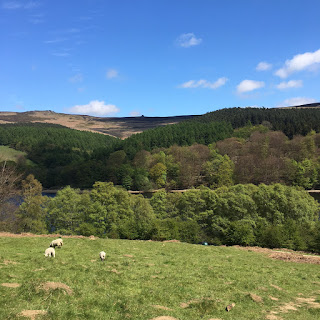 Looking down on to the reservoir, I promise it's there behind the front trees 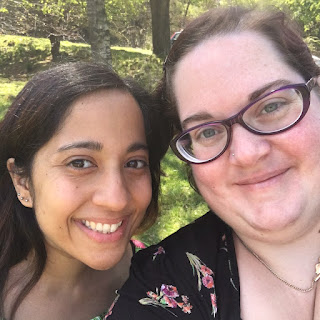 I took this panorama of the view and cut Sam's head and leg off, whoops 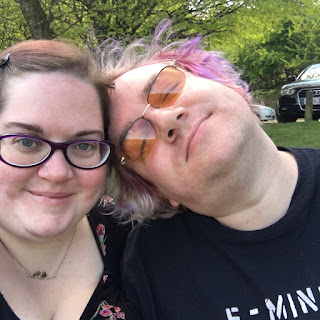 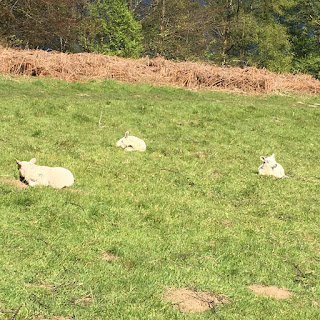 Look at these little lambs! My favourite was the one on the right because he was just chilling in the sunshine 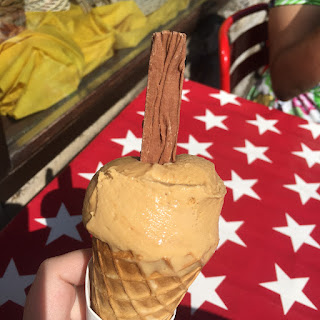 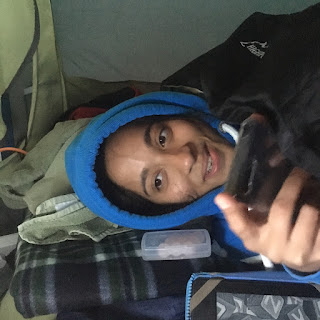 And lastly, Sam tucked up in bed in the cold!