I always really enjoy Boxing Day because it's so much less stressful than Christmas Day but you still have the excuse of doing nothing. We went for my grandma again, and had a nice snacky lunch. After cleaning up from that I asked if we could play the vinyl that Lee had bought me. He bought me Sgt Pepper's Lonely Hearts Club Band and some Libertines singles. Under my mum's turntables are her own 45s in several record boxes, so I went through those picking out ones I wanted to listen to. My mum is a big fan of singles and I remember going through her singles a lot when I was little. She has them all numbered and indexed, and some of them go right back to 1970 when my mum was around 12. There are a few in that belonged to my dad, but he was more of an album person.

It was so lovely, spending the afternoon with my mum swapping over the vinyls and chatting about music. Then my stepdad got a phone call from his brother, who was ill. He's been rushed to hospital twice and he was feeling the same. So my mum and stepdad rushed off to his house and Lee, my grandma and I decided to start on a jigsaw. I bought Lee one of those jigsaw holder things for Christmas so we wanted to try it. Fortunately, my mum and stepdad weren't very long - they'd taken my stepdad's brother into hospital where he remained overnight. I hope he'll be okay as it's quite scary.

We had some more food - leftovers from Christmas Day. After we'd taken my grandma home my mum, Lee and I played a board game which was fun. I have a few photos: 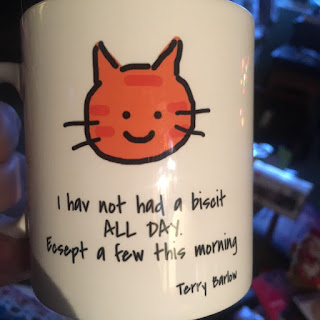 Lee bought me a Terry Barlow mug for Christmas. Do you follow Terry Barlow on Twitter? It is hilarious, I sometimes can't speak for laughing about it. 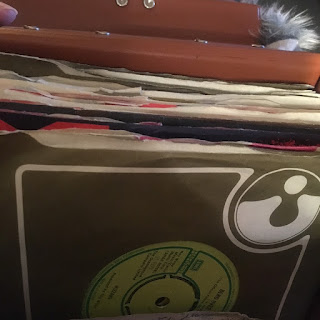 Some of my mum's vinyl 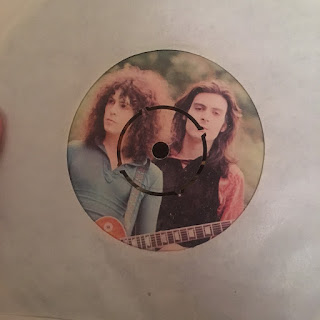 She owns pretty much every single T-Rex ever made, but this one was my favourite because Marc and Mickey look so beautiful 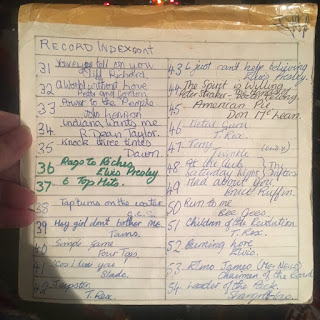 And here's part of my mum's indexing, can you see the dates from almost fifty years ago? 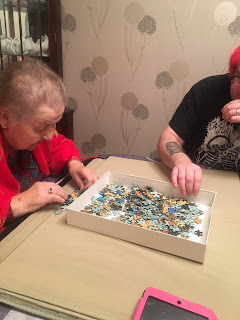 Doing the jigsaw with my grandma. I wasn't really involved, hence my tablet also on the table! I did help to find some edge pieces though.