The weekend before Christmas we always go up to Durham to see Lee's family, and obviously this year it just happened that it was the 23rd and 24th of December. We set off on Saturday and went straight to a pub to meet Lee's dad and stepmum. It was lovely delicious food, but the service was a bit rubbish. Still, I'd go there again for definite.

Then we went to Lee's mam's for a bit. His stepdad and one of his brothers were also there, but that's far fewer people than are often in that house! Everyone was ill so we didn't stay long, we went back to Lee's dad's where we were spending the night. Lee and I both got changed into pyjamas and we sat chatting to Lee's dad and watching films. It was a nice relaxed night!

On Sunday morning we went to Lee's mam's, where eventually there were loads of us - all of Lee's four siblings, nieces, nephews, and our friends Paul and Lianne. We had a buffet and opened presents since we weren't going to see each other on Christmas Day. Lee's mam bought me a lovely new purse and a bunch of Lush Snow Fairy stuff, and some other bits, and Lee's sister gave us some cinema vouchers which is really good as we'll enjoy using them. It was a lovely day, we didn't end up leaving Durham until it was nearly 8pm.

We stopped on the way home for food because I'd had a lot of alcohol and needed to soak it up a bit. There was a Burger King open in a services, but it took so long we ended up getting it for free! It was so good, haha. We came home and pretty much got straight into bed ready for Christmas Day! 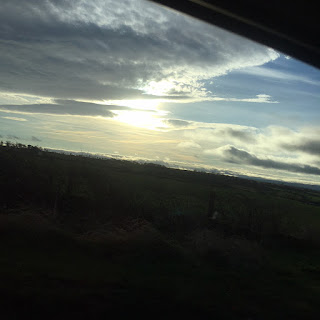 The sky on our way to the pub 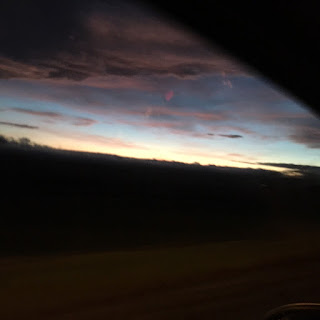 And the sunset as we left 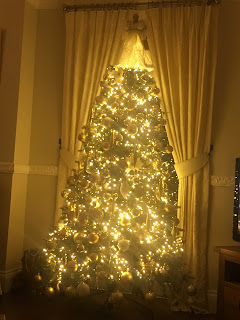 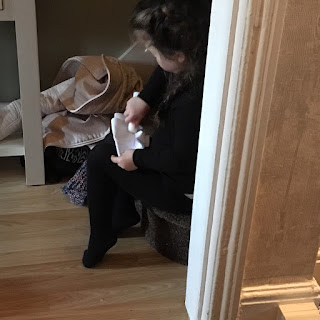 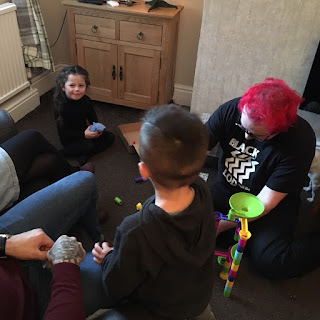 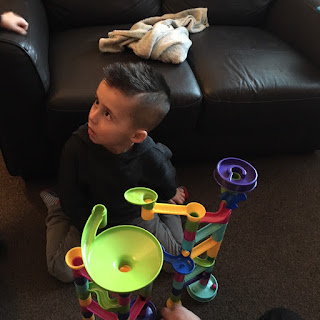 He was pretty pleased with it! 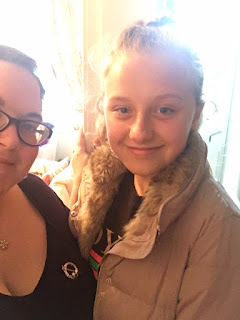 And here's my eldest niece L, she's just turned 13 and is now just about the same height as me!