On our second day in Cornwall we packed a lot in, looking back at these photos! We got up and went swimming first thing. We went into both the indoor and outdoor pools - I thought the indoor one needed a bit of work so much preferred the outdoor one, which was a nice temperature and got nicely deep for swimming, too. The weather was gorgeous, already nice and hot.

We left the pool about midday and got showered and ready, then went to Sainsburys in Helston. It was a decent size supermarket but didn't have some of the stuff we wanted, so we ended up having to make changes to the stuff we had planned on the menu. Oh well, it all worked out for the best.

We took the shopping back to the caravan and set off out again, driving round Lizard Point. We followed signs and ended up at a place called Porthoustock, which turned out to have an absolutely gorgeous beach made up of stones. We spent ages just sitting there and paddling a bit. We also thought it would make a nice place for a beach barbecue (one of the things on my wishlist for the holiday) so decided to come back the next day.

On the way back, Lee saw a sign for Roskilly's ice cream, so once we'd googled to make sure they were still open, we followed the signs. It's in the back end of beyond but I'd say it's worth it - there's a full restaurant, a petting zoo, and a gift shop. We just had ice cream - mine was salted caramel and cream tea and they were both yummy!

After that we just went back to the caravan and had burritos for tea :) 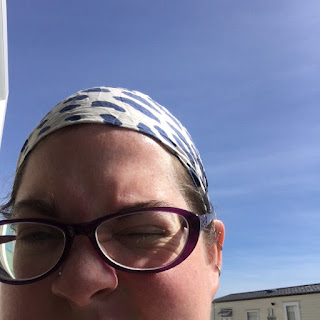 Me sunbathing, and also showing how blue and clear the sky was! 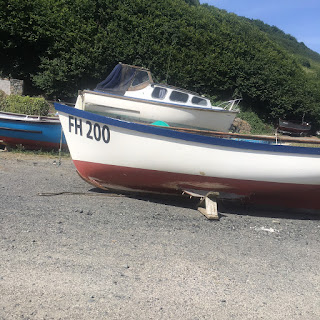 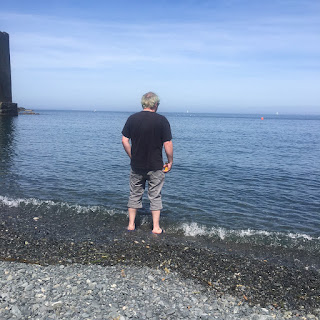 Lee paddling. The beach was quite narrow, but there was a big car park there too and great access to the beach, which was good. The stones weren't too uncomfortable to sit on, but I was glad we had our beach shoes for paddling. 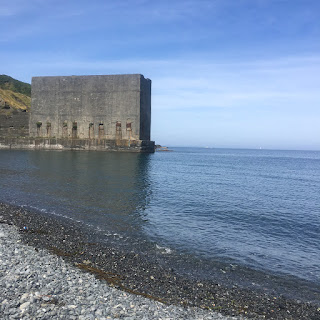 The building was so weird and did look a bit like a nuclear bunker. I think it might have been an old lifeboat station? It was cool, I liked it

Panorama of the beach 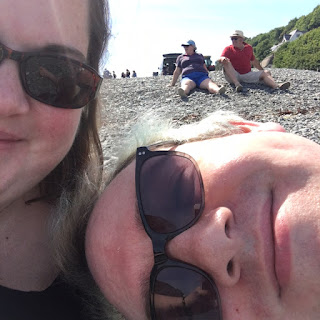 Lee and I, but I do realise it looks like I'm trying to stealth take a photo of the people behind us. I wasn't, I promise! 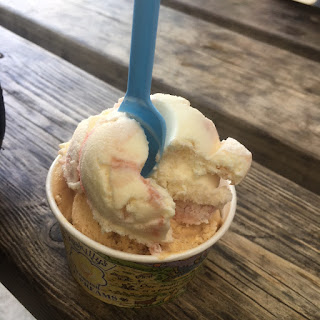 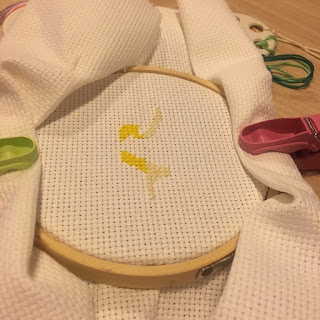 I started a new cross stitch project while we were away - I'll show more when it's finished!