Monday of our holiday was not that good of a day. We went to St Ives, and it was stressful and awful and we ended up having a huge row. Weirdly, the last time we went to St Ives the same thing happened, so we've decided we're just not going to go to St Ives ever again. It's extremely busy and full of people which stresses us both out. I'm really sad that one day of our holiday was basically lost, but we did manage to have a nice evening and we definitely had a good time the rest of the week, so that's good. It's fine; we're doing loads better than we were at the beginning of the year, but things can still be bad.

I'm trying to be honest because when you've been together as long as we have (eighteen years! And married for thirteen!) people assume everything is fine, and honestly, long term relationships can really be a struggle.

Anyway, I took a few photos in St Ives because it is a really beautiful place. We didn't see much of it, but we did have a nice lunch on the harbour. We ended up parking in a park and ride which was really useful, I would recommend it if you go to St Ives because parking in the town is limited.

In the evening we went back to Porthoustock beach for a barbecue. We paddled a bit again and considered going swimming, but the sun was falling rapidly behind the headland and I didn't want to get out of the water and be cold while the barbecue was cooking. I ended up a bit chilly anyway, so I think that was the right decision.

We had a simple barbecue - burgers for me, a chicken something for Lee, a couple of salads, and breadsticks and dips. It was really lovely - I haven't barbecued on the beach since I was really small, and Lee doesn't think he ever has! There were a few people swimming or paddleboarding, so lots of things to watch. 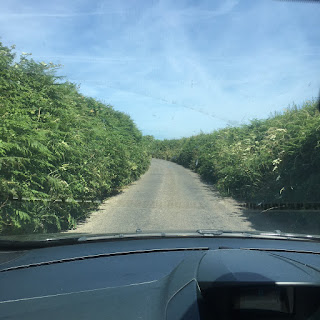 One of the tiny roads we drove down 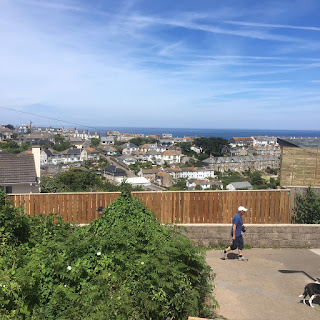 St Ives from the top of the hill 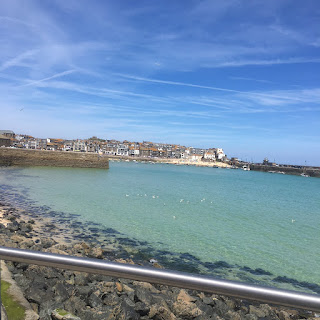 The harbour - the sea is such a gorgeous colour here! 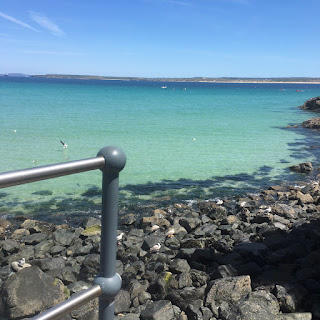 I would have loved to swim here 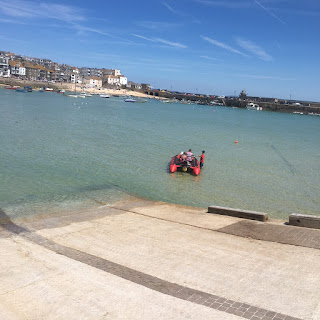 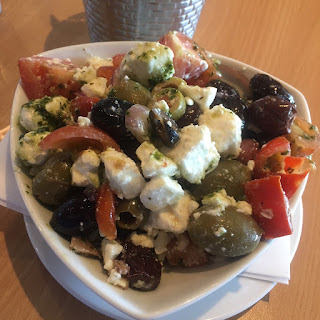 I had this amazing Greek salad! 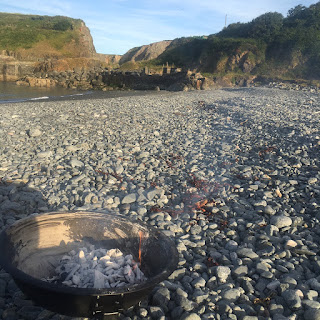 Barbecue on the beach at Porthoustock 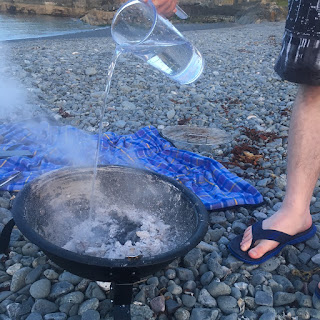 Lee putting it out with seawater - the noise was very satisfying!