Lee and I went to Wales for the week after the vow renewal. This was partly because we wanted to go to Swansea Zine Fest on the 11th of May so we thought we should go somewhere else during the week then go to Swansea in time for the fest. I'd been wanting to go to Pembrokeshire for ages as we've never been, so Lee booked us into a converted stables near Fishguard. We set off on Monday morning went via Chester, through Snowdonia, to Aberystwyth, then down to Fishguard. The cottage was really lovely - on a farm high on a clifftop with views of the sea - and it had been really well converted inside. The bedroom was on a mezzanine level with velux windows, and the bathroom was next to the kitchen and had a huge bath. I really liked the cottage!

On Monday when we got there we just unpacked and relaxed. We were both so tired after everything we'd been doing on the run up to the vow renewal and desperately needed to chill out. But we'd had a nice day travelling down together listening to the Derry Girls soundtrack!

Here's my few photos from Monday. 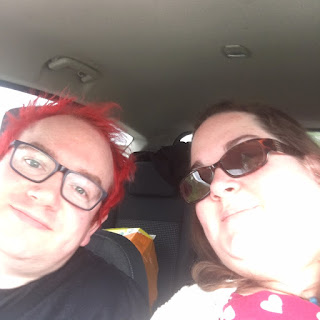 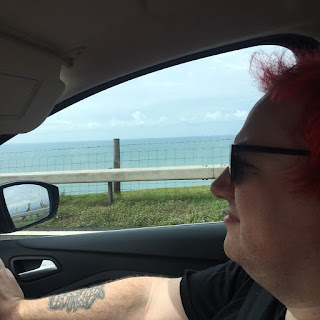 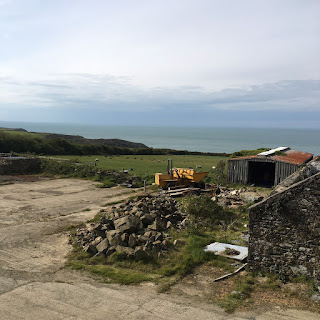 The view from the front step of our cottage. As you can see they were still doing building work on the farm, I'd love to go back in a couple of years and see what they've done 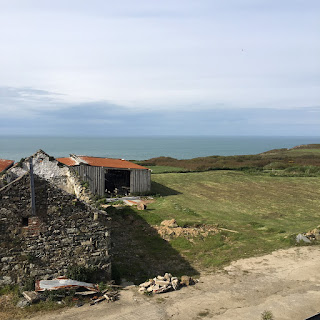 The other way. We could sea the ferry to Ireland going out every night 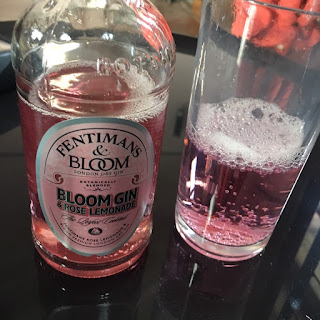 I bought this in B&M a few weeks ago - it was alright, I'm not a big fan of gin but it was nice 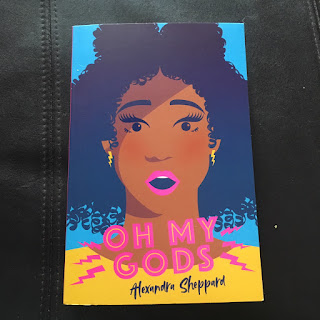 And here's the book I was reading.