On day five of our lockdown holiday it was our fifteenth wedding anniversary! We were also celebrating being together for twenty years! Yep, a sixteen year old me asked out a 17 year old Lee way back in 2000. We had met online throught Lee's friend D, and then had met in person at a festival called Deconstruction in Manchester. We watched Mighty Mighty Bosstones and NoFX together and then a couple of weeks later I asked him out. We got engaged six months later and then got married just when I had finished uni. It feels like a lifetime - it is over half my lifetime! It's ridiculous. Anyway, clearly we couldn't celebrate in the way we wanted to - especially as we were supposed to be on holiday with family - but we managed to have a nice day anyway.

We swapped gifts first thing. I had bought Lee a copy of the Manic Street Preachers album Gold Against the Soul on vinyl as we didn't have it and he likes it. They're only just reissued it so I preordered it as soon as I heard. Lee bought me some nail polish that I had asked for - the shade is called Ivy so I wanted it! I'll have to get round to wearing it. My mum bought us some crystal hi-ball glasses which are the same as our nice wine glasses, and also it turns out that the 15th wedding anniversary gift is crystal, so that was appropriate! They're really nice.

We had to go to the post office so popped out. I've been selling SO many zines in lockdown (link to my Etsy shop if you're interested!) which is great for revenue but does mean we've have to take special trips to the post office as the one in our village shut down a couple of years ago. We had heard a concession was opening in our co-op but it hasn't happened yet. We also went to an independent coffee shop in Barnsley and got a drink each. I'm into a decaf iced caramel latte currently, theirs is delicious. We went to the flower shop in our village because I had ordered myself some peonies. Aren't they just absolutely gorgeous flowers? The woman who owns the shop is really nice too and I like supporting her small business. I said I wasn't bothered what else she put in the bouquet. Lee went in to get it and paid for it, ha. I love the white roses that are in the bouquet, it is so beautiful.

We came home and had leftovers for lunch and then did some more work on the flooring in our attic room. It's getting there! I'm not sure if I'll remember to post photos of it, but I'll try!

We sat outside for a bit in the early evening but it was really too hot even for me. Then we went to pick up food from a pub in a village nearby. I have been to the pub before and kept meaning to take Lee, and then I had their takeaway food recommended so I looked online at their menu on Thursday and rang up to order. Their choice wasn't huge, but enough. We ordered three courses each and it was about £35, which I thought was good value. We drove to the car park and there was a table outside which the pub staff put the food on when it was our turn. We brought it home and everything was really hot, which was good. It was delicious! I really enjoyed it and am glad we did it. I couldn't finish all my chocolate fudge cake but it'll save!

After that it had cooled down a lot so we went outside to do some work in the garden. Our planters are in a bad way and really need ripping up and starting again, but we had bought some bedding plants so needed to plant them, so we used a bunch of the pots we had hanging around. It was a nice temperature by this point, but still too hot to go to bed!

I was wearing another new dress. I got it from Crazy Clearance a few weeks prior, but I think it's a Simply Be one originally. I love the tie dye effect on it and I like the layered top. It's very cool for the summer and I like it! 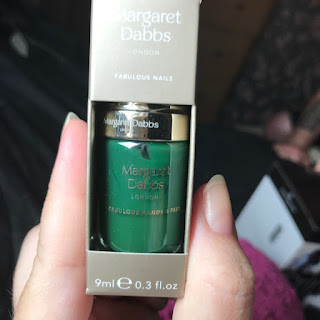 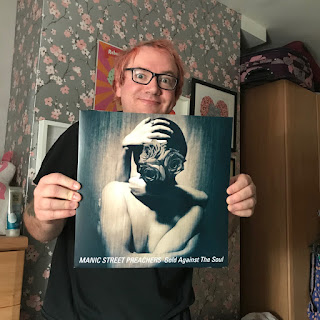 Lee looking pleased with his vinyl 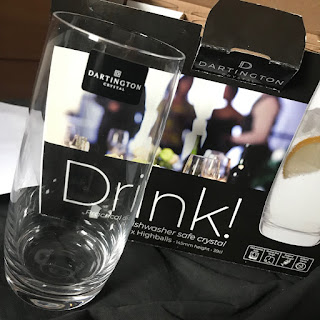 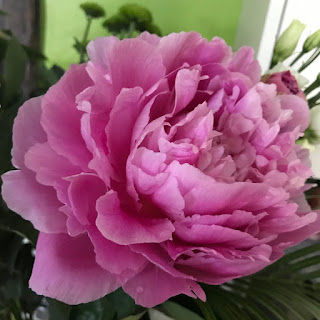 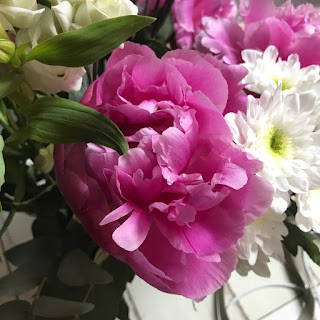 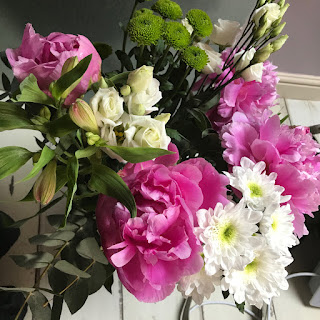 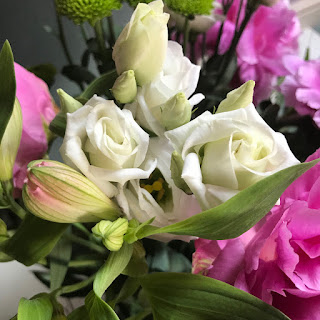 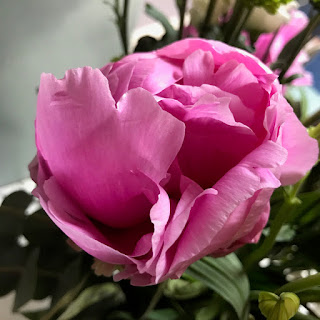 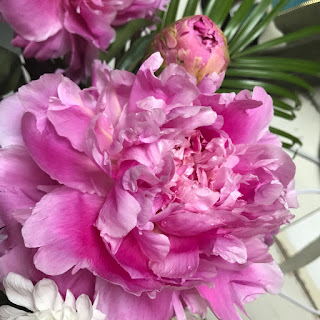 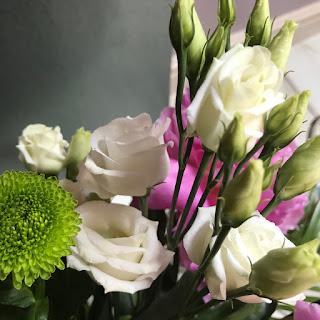 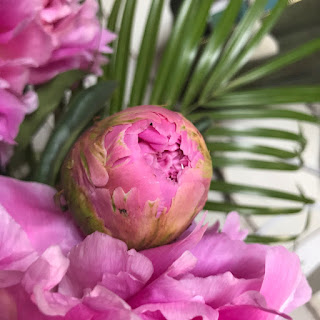 Some shots of my lovely flowers. I really like this one, all still curled up ready to open 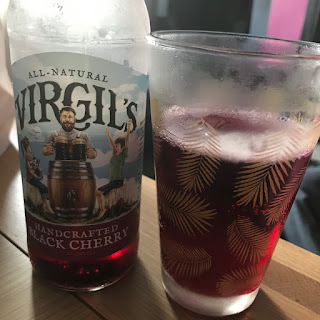 They are selling this in our co op now so I bought some as it's my favourite. I put the glass in the freezer first to chill it down 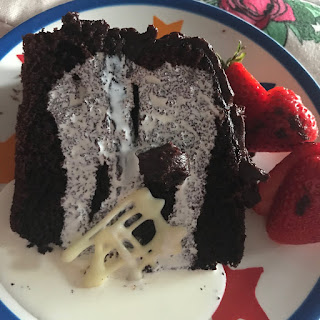 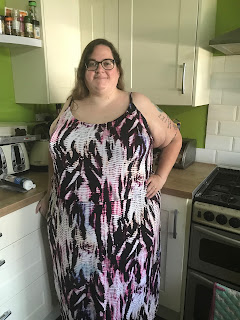 And my lovely tie dye dress!