I had a really nice lockdown birthday and it was partly due to some pre-planning that I did to make sure it was a good day. I have recommended these things to a friend of mine whose birthday is in a couple of weeks, because they helped the day feel special and meant I didn't get sad at not being able to do the kind of thing I would have normally done.

So first of all I asked Lee to have the day off and he booked the Tuesday and also the Monday, so that made it a nice long weekend for us. We got loads of jobs done on the Monday which was great. Tuesday morning I was awake really early, I just couldn't sleep. I read my book and played with the kittens. Then we went to work, where I had to pick up documents and money. I do this once a fortnight and it's nice to still be able to go in, even if it is only for a few minutes. I also picked up a Scentsy wax warmer from a friend - I've never had an electric warmer before but this one has a bee on it and I really liked it. My Scentsy consultant, Angela, chose a wax for me which is pineapple, coconut and vanilla, and I really like it - it smells like a nice cocktail.

We headed to Sandal Castle for a walk and I had presents. I got some lovely things, including a yarn tote, some storage drawers for some of my jewellery making supplies, some new slippers, some books... I was spoilt!

Lee and I then headed to Cannon Hall Farm which isn't too far away from where we live. I had preordered afternoon tea which was £10.95 and well worth the money. I went for the vegetarian option. It had several sandwich quarters (Lee had to eat a tuna sandwich cos three of the four were cheese), quiche, Greek salad, which were all lovely. Then there were so many cakes - a scone with clotted cream and jam, a slive of Victoria sponge, a brownie and a chunky piece of shortbread. There was so much neither of us finished it, but it saved for the next day.

After that I video chatted with my friend Lucinda for a while. She was framing some art and I was cross stitching, so that was nice. Around 5pm Lee and I made a Body Shop delivery to a friend; it was so nice to see her even if it was so brief - I really miss people. We picked up takeaway while we were out - sushi! I over ordered because I got a bit over-excited, but I knew it would save. I had mostly cold, vegetarian and vegan sushi, but we shared some fried rice and some gyoza too. Lee enjoyed his too.

After that I video chatted with Sam and Jac, which was really nice. We hadn't talked since New Year's Eve so it was lovely to catch up and a nice thing to do on my birthday. After that it was bedtime, but I had had such a nice time.

I didn't get many photos, but here's what I did get: 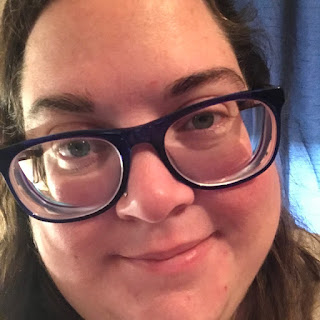 Pretty tired first thing in the morning, but this is 37 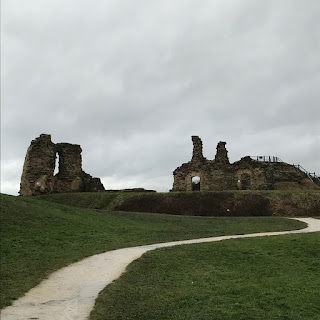 Sandal Castle. I used to come here all the time when I was a kid, but I honestly don't think I've been in 25 years. Lee had never been 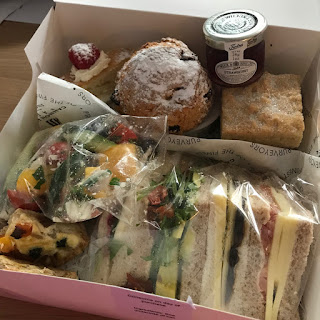 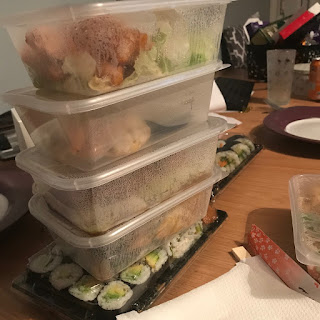 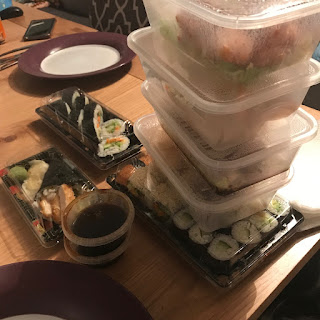 I told you I ordered a lot 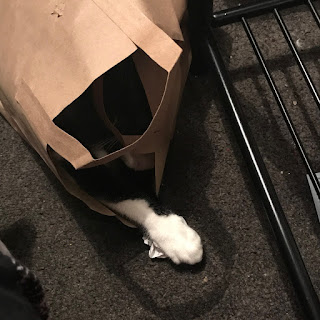 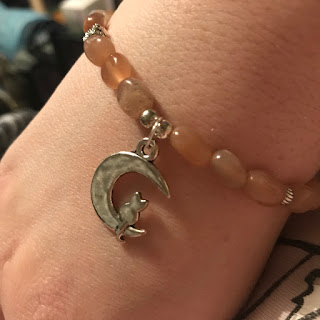 My friend Laura bought me this gorgeous bracelet made by someone she works with. It's moonstone, I love it 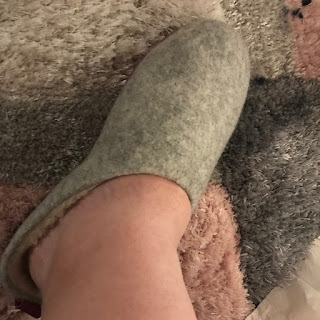 And finally, new slippers just before I went to bed!
Posted by Rebecca at Saturday, February 13, 2021

Email ThisBlogThis!Share to TwitterShare to FacebookShare to Pinterest
Labels: birthday