Lee and I went to Suffolk at the end of February/beginning of March. We wanted to go away, and a friend of Lee's was putting on a gig in Ipswich so we decided to combine the two. We went down on Saturday, arrived into our cottage, then set off to Ipswich. We had delicious curry at Maharani and then went to the gig at P J McGinty's. Lee's played there before with his band. Loads of his friends were there, so it was nice for me to meet all of them - I got lots of hugs and was made to feel immediately part of the family! Lee's bass player's other band was playing and I haven't seen them before, so that was nice too. 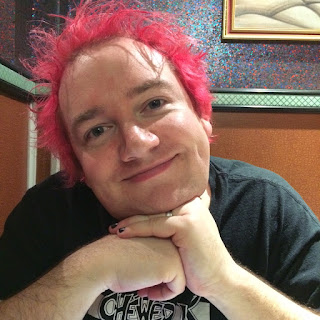 Lee in the restaurant 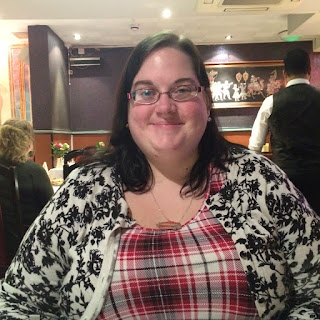 Me - yep I was wearing clashing patterms! The dress is from Asos and the cardigan is from George. A woman told me she liked my dress, haha 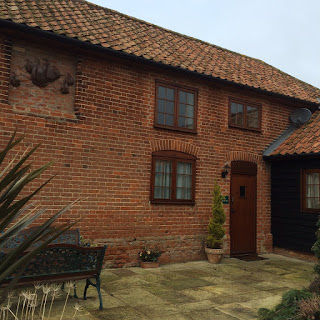 This was the cottage we stayed in - it was The Hay Loft on this complex. It's a really comfortable cottage, well equipped and very cosy. It's upside down - the bedrooms are on the ground floor and have ensuite bathrooms, and the open plan living area is upstairs and has the beams on show. The kitchen is really nice, there's a big dining table and really comfy couches. We really liked it! 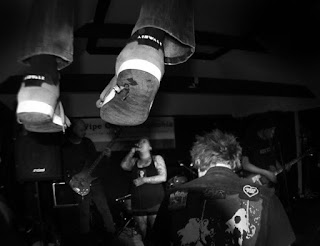 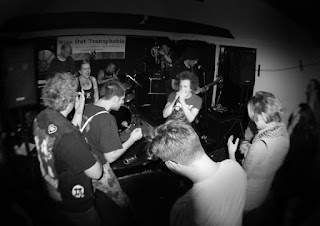 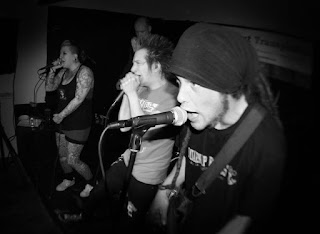 Brian Lowens, the bass player in Lee's band, took these three photos. You can see the back of Lee's head in the first two, he was enjoying himself. The third one is Casual Nausea, who are friend of Lee's. Thanks for letting me use these, Brian!