The Easter weekend always feels like a nice long break to me. We were looking forward to a break and we planned to clear out the cellar. It's about 12' by 12', and we've used it for storage but it's been flooded. It had a load of kitchen units in it which had rotted, and tons of other rubbish including old paint and an old clothes drier, all kinds of things. We asked my mum and stepdad to come and help us which they very nicely did, and I ordered some disposable coveralls so we didn't all get incredibly mucky.

We started about 11am. I had hired a skip so me and my stepdad put everything in it while my mum and Lee were down in the cellar moving things. It was pretty damp down there so everything was wet when we brought it up. We broke for lunch - a traditional Easter favourite of fish and chips - and got back to it. We found 19 bottles of wine that I didn't know were down there! They're about ten years old (we moved here in 2004) but seem to be okay. I'm drinking one as I write this!

We finally finished the whole thing about 4pm, when we had managed to remove most of the water from the cellar floor. We were all really disgusting at this point so I got straight in the shower and then got into my pyjamas to feel a bit better!

I took some funny photos of Lee and my mum in their coveralls. 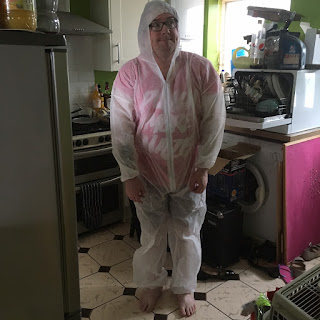 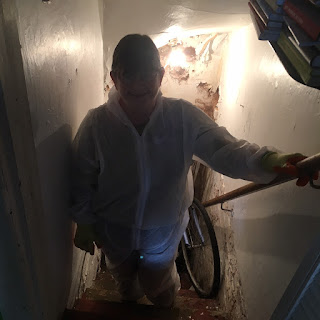 On Saturday Lee and I went into town to run a few errands, we did a few of those niggling little jobs that you need to save up and do all at once. I had a nice relaxing afternoon and then we went back into town to pick up Bettie and Jen. We had a pleasant evening watching Daria and drinking wine and chatting.

Then on Sunday morning we set off to Bridlington! We really like to go to the seaside and none of us had ever been to Brid so we went. It was raining on and off and it was really cold, but we still had a lot of fun! 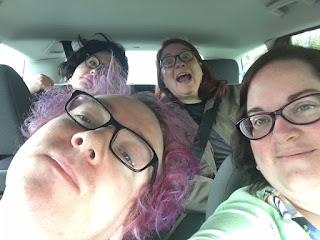 Car selfie on the way. It took us about an hour and a half to get there. 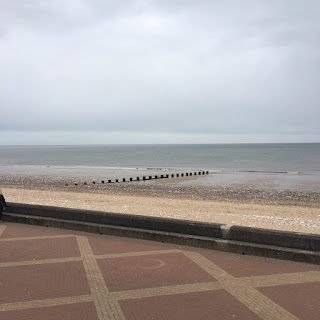 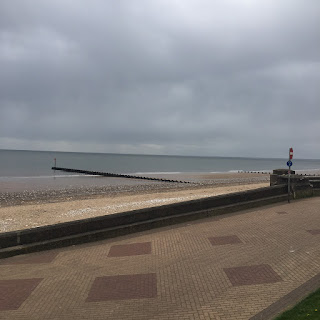 Looking over the other direction. 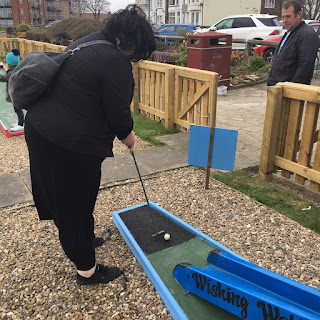 The first thing we did was to go to the crazy golf course. It was pretty fun - lots of windmills and ramps and stuff. I came join third with Bettie, oh well. 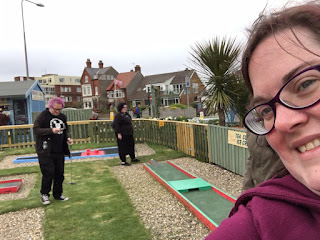 Jen is just behind me, I was trying to get us all in but failed! 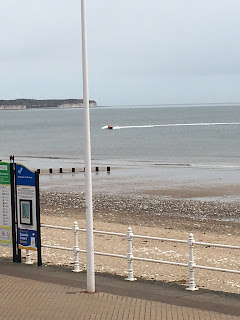 This boat kept going up and down the bay, I'm not sure why but I would've liked to be on it! I like a boat trip. 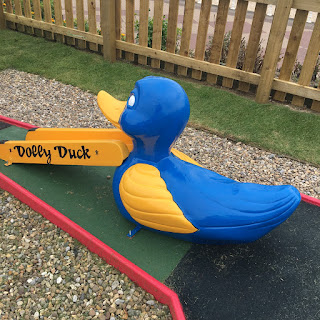 Aww, this was a cute hole. 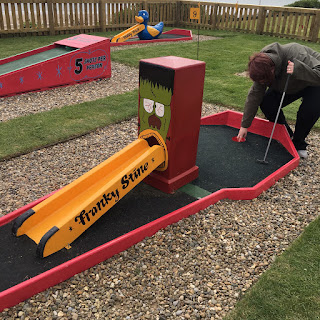 Some of them were pretty easy to get holes in one in. 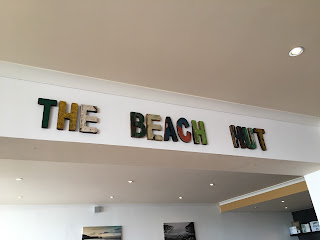 We went to The Beach Hut for lunch. The food was nice enough, but it took ages to come and they didn't take card which was a pain, it was a fairly big place too. 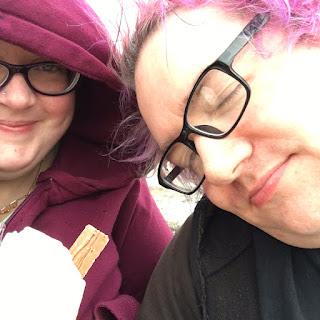 Then afterwards we had an ice cream, because even if it's freezing you have to have an ice cream at the seaside. 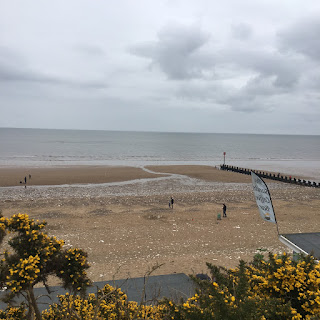 Then we walked to the land train stop and got on the train. It was really cute! I like a land train.

We got off it near the leisure centre and went into all the amusement arcades. I only really like to play the 2p machines, but I played Mario Kart with Lee, too - and I won! Yay 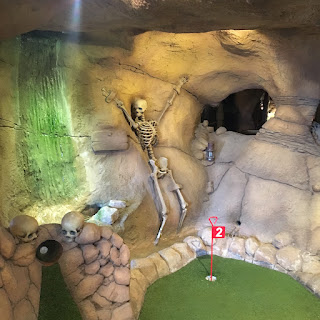 Then we played another adventure golf inside a pirate ship! It was a lot of fun and had a lot of fun ways to make the ball go in the hole. I came last, pfft!

By this time it was raining pretty heavily and we were all cold and getting towards miserable so we set off back, but it was a really lovely day!