While I was in France Bettie mentioned Feelunique, where you could get free samples of perfumes just for paying postage. When we got home I had a look, because I really love trying new perfumes. I've been wearing Flowerbomb by Viktor Rolf since Christmas, when my mum bought me a bottle, but it's nearly run out and it's really expensive, so I'm not sure if I'll be able to buy more. I used to wear Lovely by Sarah Jessica Parker, which I may buy another bottle of, but I was keen to try some new perfumes anyway.

I clicked on the pick 'n' mix thing on the website and chose five perfume samples, all 1.5ml or more, for the price of postage. While I was there I had a look around the website as a whole as it's not somewhere I've bought from before. It sells a lot of make up, bath products, and other beauty items. I have loads of make up and don't wear it often, so I concentrated on the shower gels.

I absolutely love shower gel. I never have baths but I love a long hot shower. I like fruity, zesty, strong shower gels, so I had a wander round the shower gel section. I ordered a bunch and two boxes arrived a few days later. I thought I'd post some pictures, Feelunique seem like a good company to buy from so I'd recommend them! 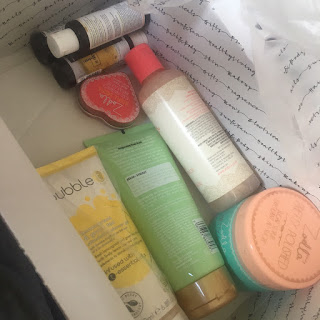 This is what the bigger box looked like when I opened it. The samples came in a smaller box, not entirely sure why. For waste reasons it would have been better if they'd all come in one box. I will reuse both packaging boxes though. 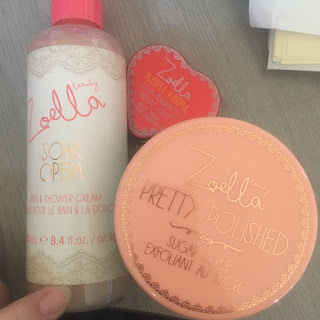 A lot of the Zoella stuff was on three for two, including these. The little heart is a solid perfume which I like to put in my handbag. I really like sugar scrubs, this one seems pretty solid so it'll be interesting to use. All three have quite a subtle scent, but it's nice enough. 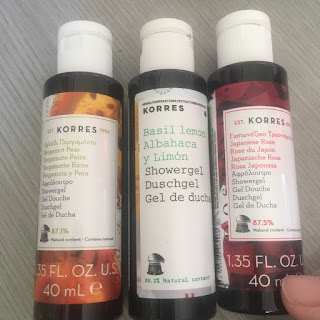 I've never tried Korres shower gel before and these sounded great. The small bottle is good for travelling and not taking huge bottles everywhere. These flavours are Bergamot Pear, Basil Lemon, and Japanese Rose. They all smell SO GOOD. 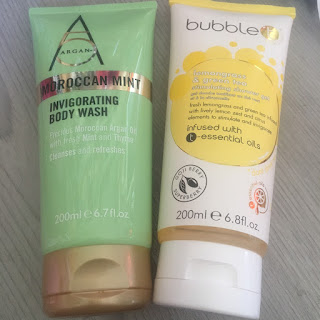 These are bigger bottles but still small enough that I don't get bored before I get to the bottom. The left is Moroccan Mint and the right is Lemongrass and Green Tea, they both smell really fresh. 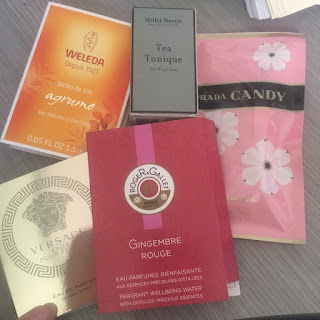 These are the perfume samples I got. Some names I know but others I don't. I particularly like the Weleda Agrume (grapefruit) so far.