By the third day of Grrrl Con I barely felt like I was a person anymore. I was so tired and my head was so buzzy with inspiration and I had met so many new people. It was great, but also exhausting. Anyway, here are just a few photos from the Sunday. 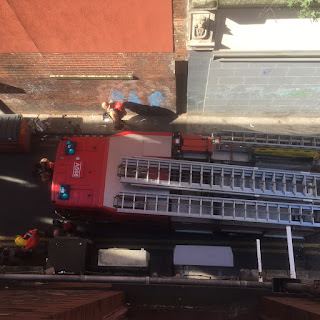 I had been kept awake by an alarm that kept going off every couple of hours through the night. Don't worry, when it went off the first time I did get out of bed to make sure it wasn't my building. At around 7am the receptionist in my hotel was clearly worried so he phoned the fire brigade. Everything seemed okay, though. 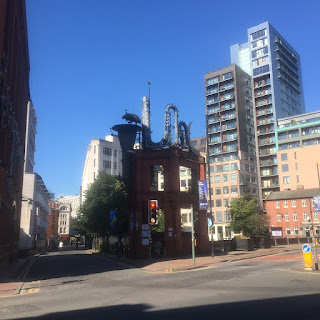 I liked this musical instrument statue just outside of Affleck's Palace. I stopped to take this photo and a man gave me such a strange look 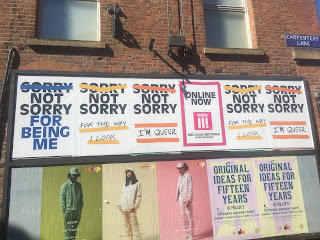 I also passed this billboard which was advertising Queer Britain, which is on iPlayer, I really recommend it. I like the advert, I think it looks like a Young Adult novel. 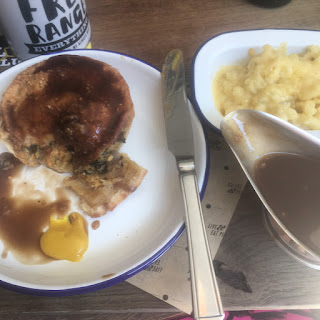 For lunch on Sunday we went to Pie Minister which was AMAZING, I am so taking Lee there for his birthday. I had goat's cheese and sweet potato pie, with a side of mac 'n' cheese. So, so good, I want to eat it again now. 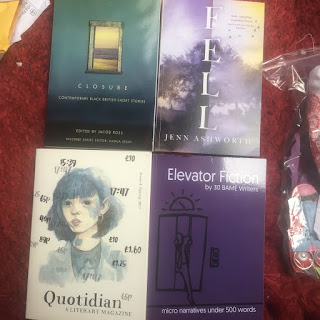 And here are the books I got. The bottom left is a magazine that my friend Lori was published in. The top right sounded interesting so I bought it from the author on Friday. The other two are anthologies and are by black and minority ethnic authors, I'm really excited to read these!