For the past few years we've had a camping trip over the summer with my mum and stepdad, my aunt, uncle and cousins. It's always a lot of fun - really relaxing and we always have a lot to talk about. We take it in turns to cook and last year we took our barbecue which doubles as a fire pit. I love a campfire, it's so soothing and relaxing.

This year we booked a site near Bicester in Oxfordshire because it's only a couple of hours away from each of us. Lee and I had stayed at home the night before, as I said, so we packed up the camping things about left around 10am in the morning. We got to Bicester around 12.30. Everyone else was already there so we all set up our tents. My mother's tent is really similar to ours, just slightly fancier, but my aunt's is huge. It has a big awning too which we all ended up sitting under in order to be in the shade, because it was a really hot weekend.

We didn't do much for the day. My mum had made chicken and vegetarian fajitas (the Quorn fajita strips, which are so good, I recommend them) for tea with wraps, guacamole, sour cream, and so on. We lit the fire just as the sun was setting. It wasn't actually that cold, but the fire was so cosy. I had taken my new crochet blanket with me for the campfire, which was cosy too.

We stayed at Glebe Leisure near Bicester. It was a nice quiet site, it had two toilet blocks which were close by to the tents, they were both a bit shabby but okay. The pitches were quite small and more geared to caravans really, but we put our windbreaker up which gave us a bit more privacy. I'm not sure I would go back, but it was perfectly fine for us and what we needed. 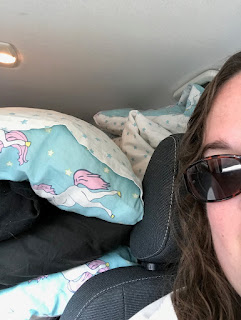 Our car was absolutely full to the rafters! 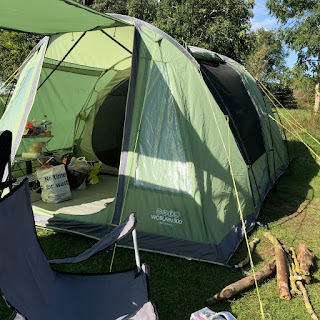 This is our lovely tent, it's a five berth tent so it's pretty big. I love it because it's so tall so I can stand up easily, and it's got loads of room in it for stuff. We bought the awning poles separately and they're really good in nice weather to extend the living space a bit 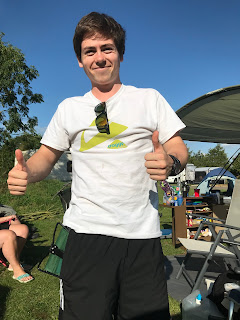 I recently got a new camping chair, it's really big and much better for me. When I'm sitting in it though my feet don't touch the ground! So I bought a little stool for my feet, it's really cute and it folds up into a handy pocket. Here's my gorgeous cousin Peter demonstrating that it would fit in his pocket 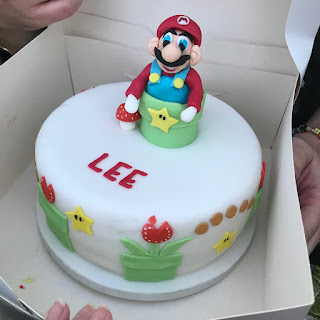 As it had been Lee's birthday I had arranged for someone local to me to make a cake for him. She could do anything I asked so I suggested Mario as Lee's really into video games. I love it, isn't it cute?! It was chocolate inside with a really nice ganache in the middle 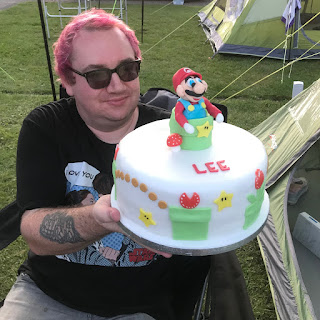 It was a surprise for Lee so this was the first time he'd seen it, and I swear he was more impressed than this photo suggests 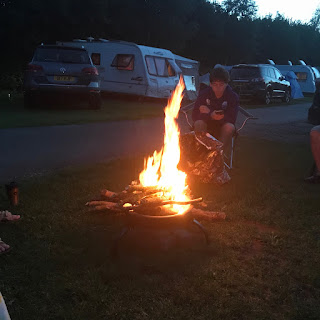 Getting the fire underway 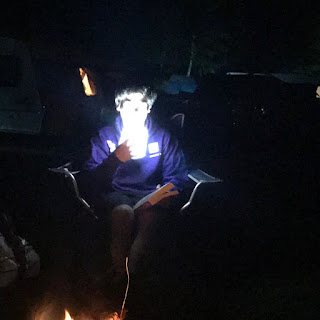 And finally here's Peter lit up later as he was reading us some quiz questions :)