Day Out in Sheffield with Friends

At the beginning of August Lee and I went to Sheffield to see Bettie and Jen. We'd not hung out with them in ages so it was really lovely. We decided to go to the Graze Inn on Eccleshall Road for brunch.

I ordered a mimosa which was lovely, and then had the veggie breakfast which was so good. You also get free toast and juice with brunch, which was nice. Everyone had brunch too, everyone said it was nice.

The weather was nice and the pub was quite hot so we decided to go to Endcliffe Park for ice creams and a walk around. It was quite busy but still lots of space to be had, so we had ice creams then walked along the brook in the woods which were nice and cool. There's quite a few places where you can get in the brook so I went paddling. I hope my sandals have survived because I love them!

After the park we went back to Bettie and Jen's for a bit. We had some wine and played cards for a bit before coming home. It was a really lovely day, I do like being outside when the weather's nice! 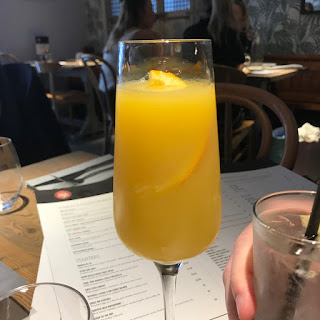 Mimosa in the restaurant. It's a really nice smart place, a bit hipster, very cute! I'd go back. They had plenty of veggie options and a whole vegan menu 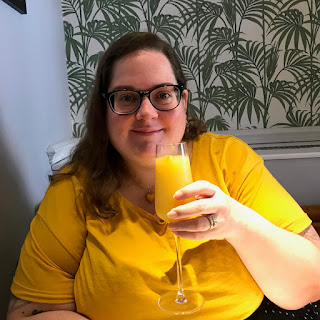 My cocktail matched my top! 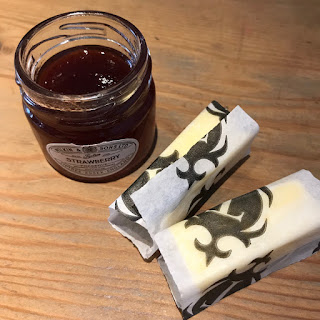 The butter was wrapped up in these very cute wax wrappers 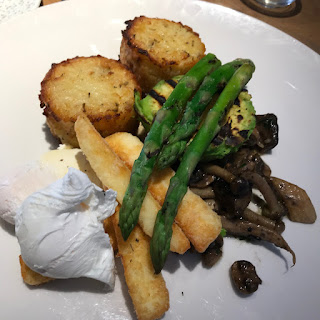 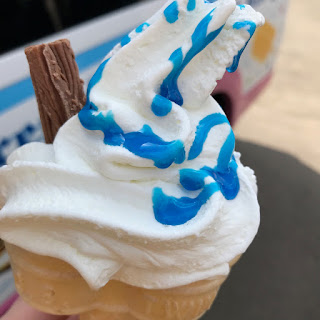 Ice cream in the park! I had bubblegum sauce 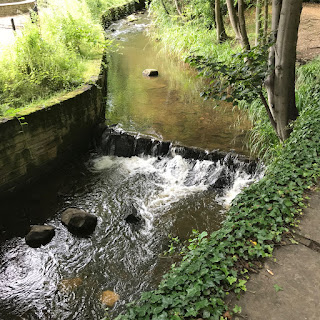 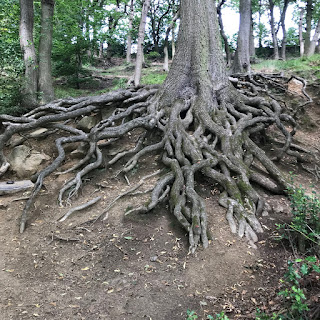 Look at all the exposed roots in this tree! Amazing 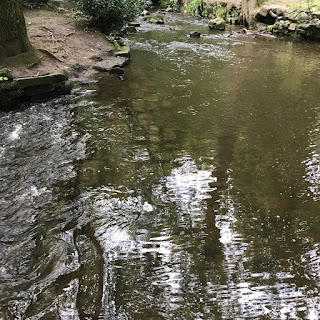 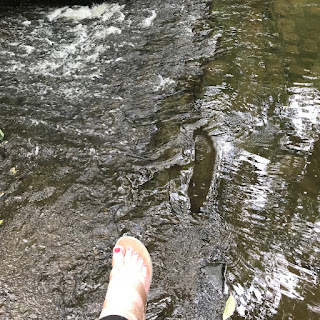 Sitting on the edge of the water, just before I got in it 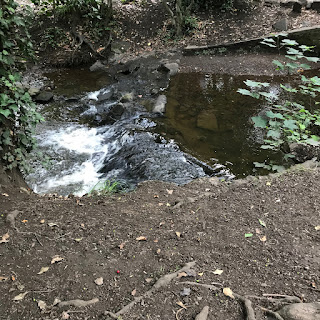 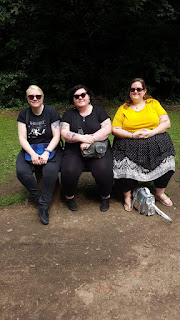 Lee took this of us on a bench 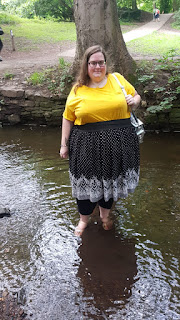 Paddling a little bit further upstream near a bridge 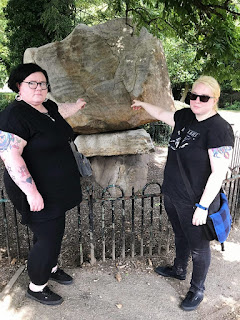 Bettie and Jen wanted to point at this rock, so they did
Posted by Rebecca at Monday, September 02, 2019