We woke up quite early on the Monday morning as it was quite light in the bedroom of the cottage (although really quiet - I liked being able to hear the rush of the waves). We got ready quite early and headed up the coast to Silloth. I've been before - my friend Rachael lives in Carlisle and when I visited her we went there to see the sea. Lee hadn't been through, and he loves the seaside as much as I do. We had a bit of a wander and in a charity shop I found two of the Robin Stevens Wells & Wong books for 50p. They look unread!

We went to the amusement arcade and played on the 2p machines and the air hockey table, then played pool. The sun was so hot, which was really nice. Then we went to Allonby for lunch, in a pub called Jack's Surf Bar. There wasn't an amazing vegetarian choice, but I had a nice sandwich and chips anyway. And Lee enjoyed his roast dinner, so I guess that was good!

After lunch we went to Maryport and went into the aquarium. It was really fun - it isn't huge but we were there for about an hour, and then there was a display of feeding the rays and sharks in the big pool. That was really fun, the sharks were my favourites. They also have a hatching lab, so that was really interesting too. It was a decent aquarium although maybe slightly overpriced for what there is.

We drove back to Allonby and stopped at Twentymans for ice cream. They're apparently quite famous and they have loads of flavours! I liked the mint one the best. We were both getting tired so we just stopped quickly on the beach so I could paddle. As I said in my Saltwater review post, it was cold but refreshing, and I felt so much better for it afterwards! Lee ended up getting his feet wet too because he was helping me, whoops. The shale on the beach was really uncomfortable to walk on!

We got back to the cottage around 5pm and called it a day - I'm pretty sure we both got straight into our pyjamas and snuggled up to watch some films again. I was working on a beach themed cross stitch which seemed appropriate! 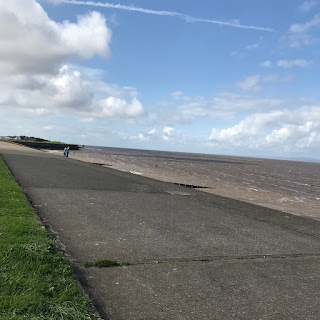 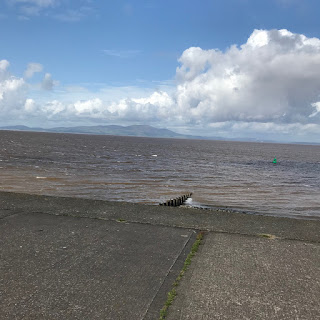 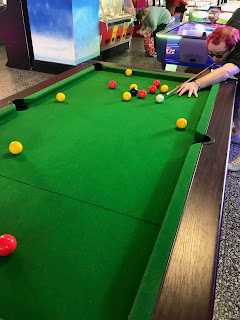 Playing pool with Lee. Of course he won 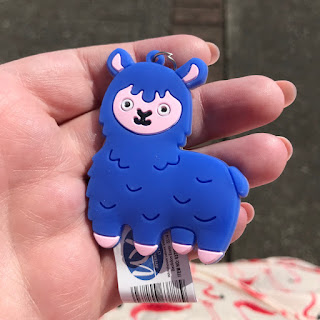 We won this in one of the machines 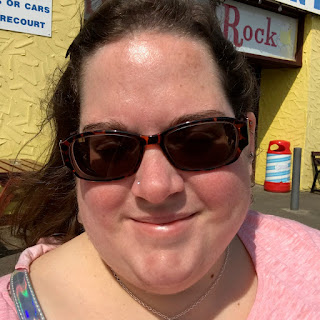 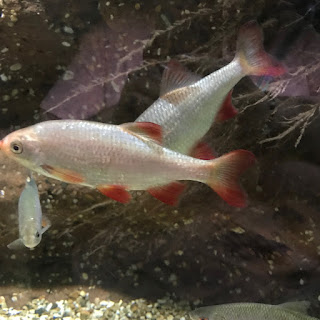 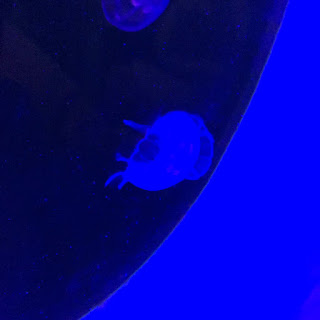 I love jellyfish, they're so weird and ethereal 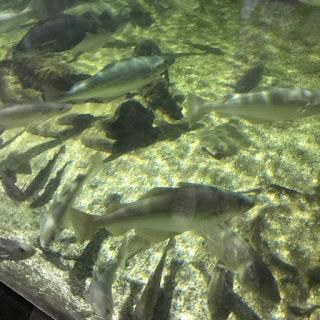 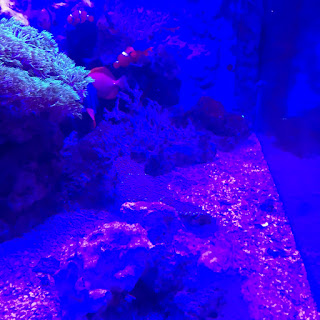 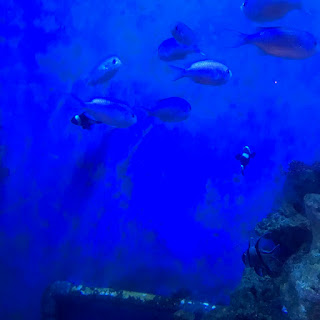 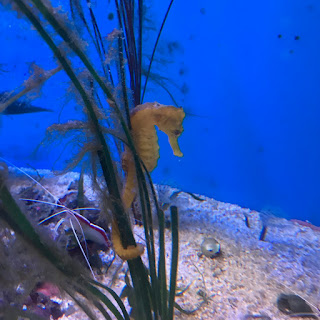 I also love seahorses and these ones were posed perfectly. I love how his tail is wrapped around the plant 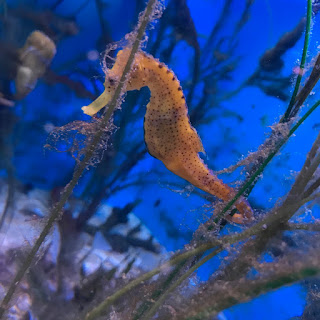 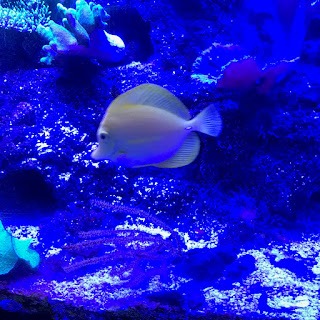 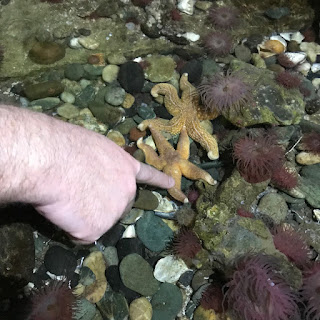 Lee stroked a starfish but I didn't dare 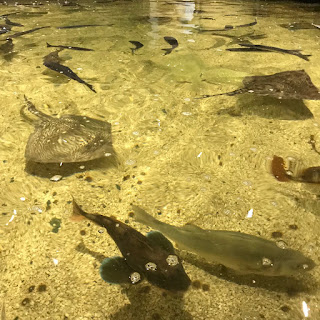 The rays and sharks! I love rays, they're so floaty 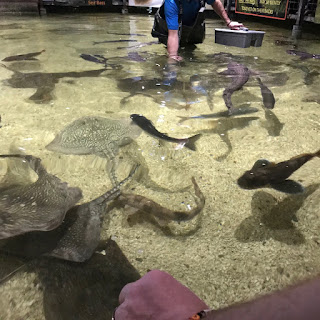 You can see them being fed here too 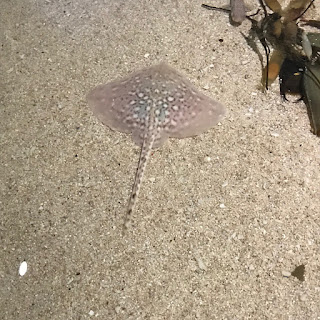 I love how this one is almost disguised on the bottom 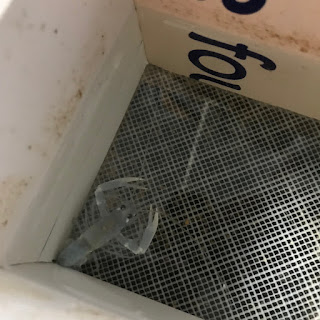 Look at the baby lobster! So small and see through! 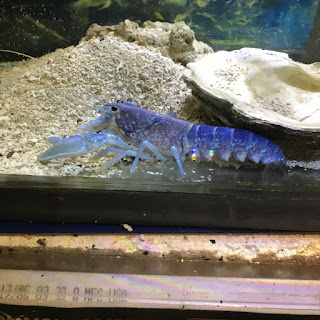 And a grown up one for good measure 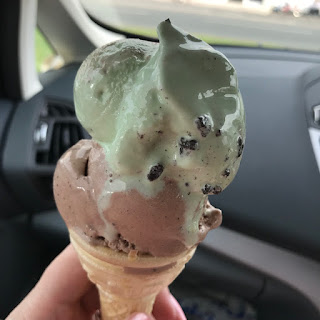 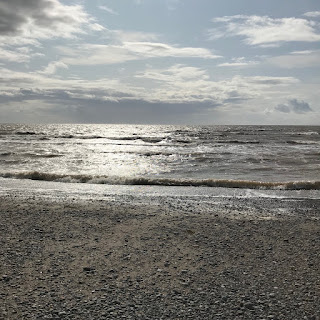 The beach at Allonby 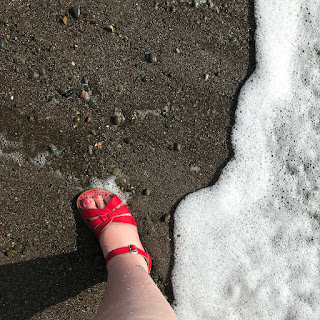 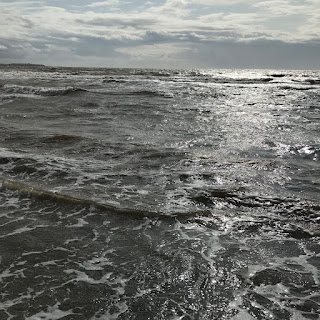 The sea had come in quite far since the morning 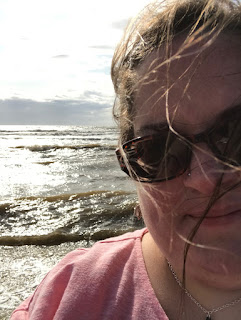 And finally, another selfie because I was feeling happy and relaxed and filled with sunshine