Lee was off for a few days at the beginning of August so we decided we would go to Bolton Abbey on one of the days. We've been before, but not for absolutely years - we went for my friend's 30th back in 2014! That same friend has been posting photos from Bolton Abbey over the past few months when she's been with her family, and I've wanted to go back. Lee couldn't remember going at all, but agreed.

It was the first day we were leaving the kittens by themselves so we didn't want to be too long. Thanks to the pandemic, you have to book an arrival time at the abbey estate and pay for it in advance. It makes sense to stagger people's arrival times I guess. I booked us to arrive between 12 and 1pm as it's a bit of a drive from us and I didn't want to get up too early. However I then woke up really early as it was so hot, and went upstairs to feed the kittens and play with them before I got in the shower. We took a picnic with us and set off.

Arrival was really simple - you just showed the barcode on the booking and then could park wherever. As I'm not very steady on my feet anymore I wanted to be close to the river and at a place where it wasn't too steep to get into the water, so we drove right to the end of the riverside car park closest to the abbey and the infamous stepping stones, although we didn't see them. We could park right there so we unloaded everything and sat down under some trees.

It was promised to be blazing sunshine but there were quite a few clouds, which meant we didn't burn which was better. We had our picnic and then Lee walked along to the ice cream van to get cornets for us. After that we went paddling. We have those neoprene beach shoes for paddling, they're much better on your feet than bare feet or any other kind of shoe. We bought them a few years ago on holiday and they're really useful. I also decided to take my walking stick in with me. I hadn't needed it as we were parked so close to the river, but I thought it would help me in the water to keep my balance and find where was safe to step. And I was right! It really helped, it stopped me grabbing on to Lee and I didn't fall over. I would definitely do this again.

We didn't go very far but it was SO lovely to be in water. I really miss swimming and although our gym is open again we've taken the decision to pause our memberships for a couple of months as we don't believe it's safe enough for us currently. So a little paddle was perfect.

We drove down to the other end of the riverside car park before we left as I needed the loo. The cafe is open down there and there were people around, but both the cafe and the toilets seemed to be clean and everything was well spaced. We walked on to the bridge there to look at the river - it was pretty fast flowing at that point although I suppose we have had lots of rain. We haven't ever really explored Ilkley and Skipton so we're looking at going away for a few days there later in the year. 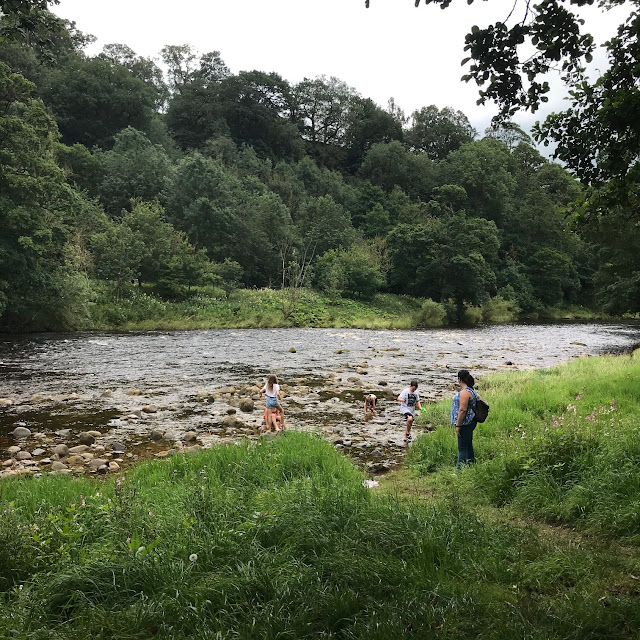 Looking downstream when we first arrived. The stepping stones are just around the bend from this spot 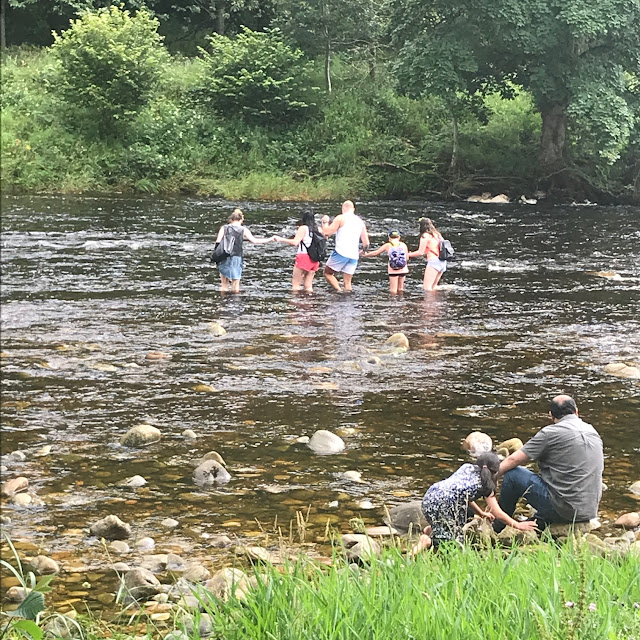 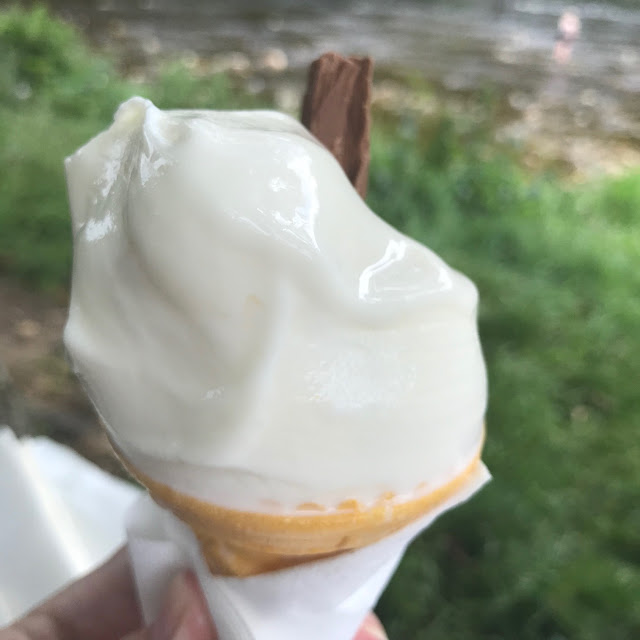 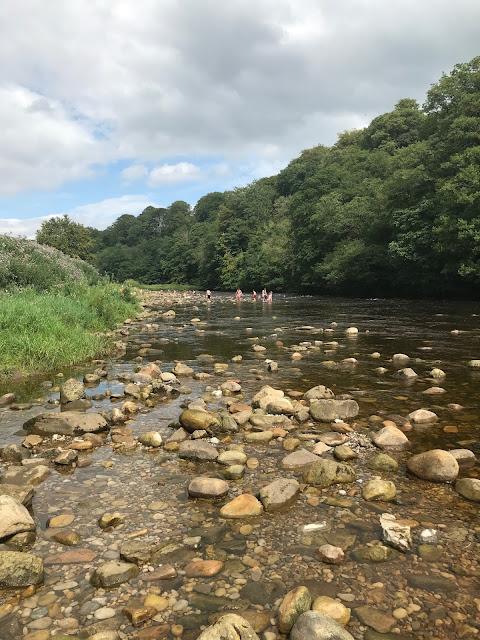 Looking up river as we got in 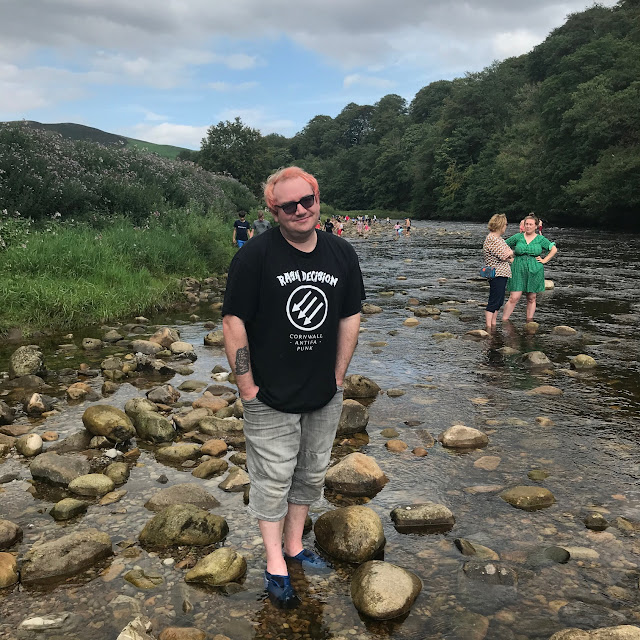 Lee in the river wearing his new t-shirt 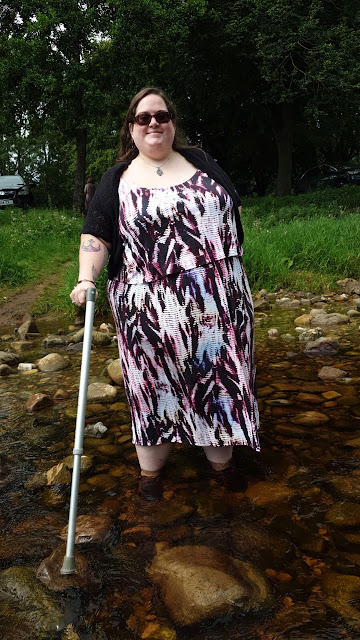 Me in the river! 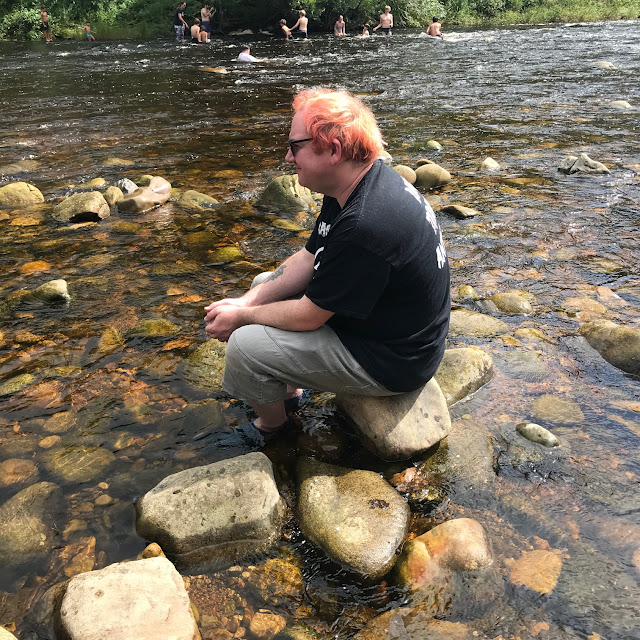 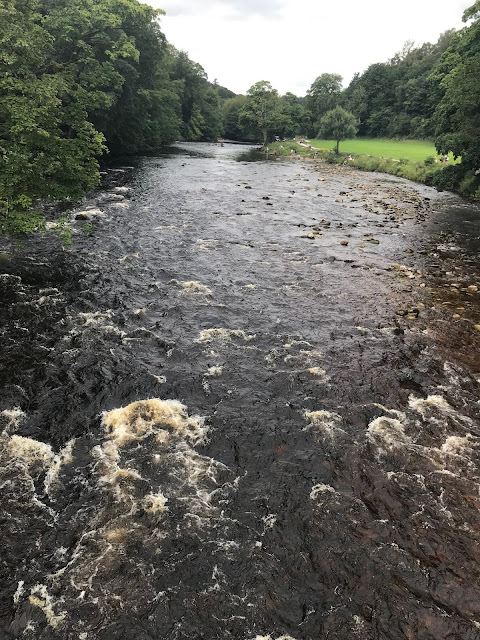 And then this is from the bridge.
The formatting on this post is all wrong because Blogger has changed its interface and it's now TERRIBLE! So I'm really sorry!