As I said, Lee had a few days holiday in August and I was determined we would go out into the sunshine again, but we couldn't go too far away from home as we didn't want to leave the kittens by themselves for too long. In googling, Lee found that Rivelin Valley park has easily accessible water to paddle in, so we decided to head there. We've never been before, so we followed Lee's satnav. It's not far from Hillsborough, so it was fine. We parked in the car park, which is small, but there is also parking on the road nearby. The website we found said there were stepping stones behind the duck pond near the car park, and that is indeed very true. It's a really short walk to them. We had taken our camping chairs (I told you they were going everywhere with us this summer!) so we went right on the river's edge by the stepping stones to sit.

There were plenty of people around, coming for walks and stepping across the stones, but we paddled downstream a little bit. It is really shallow water and not that slippy, but I was glad to have my beach shoes on. Also the weather was 28 degrees so the water was lovely and cool. We stayed around an hour and I also walked over the stepping stones, which is something I barely have the confidence to do as I'm afraid I'll fall and hurt myself, but Lee helped. And I did it! Yay me.

We went into Sheffield to buy lunch after, then came home to KITTENS. It was a nice little trek out, though. 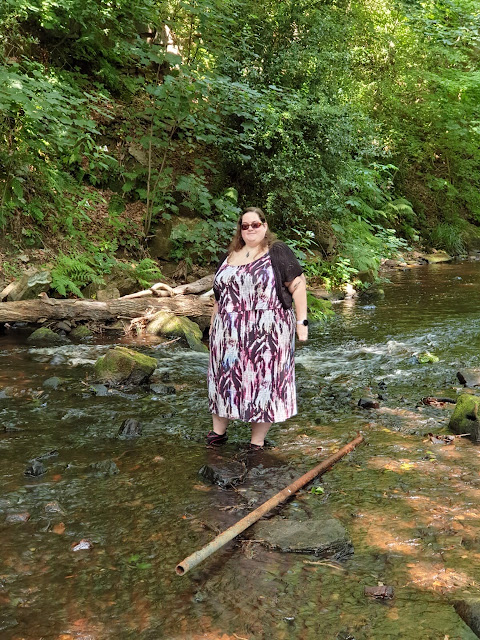 Me in the river! That pole next to me was metal! 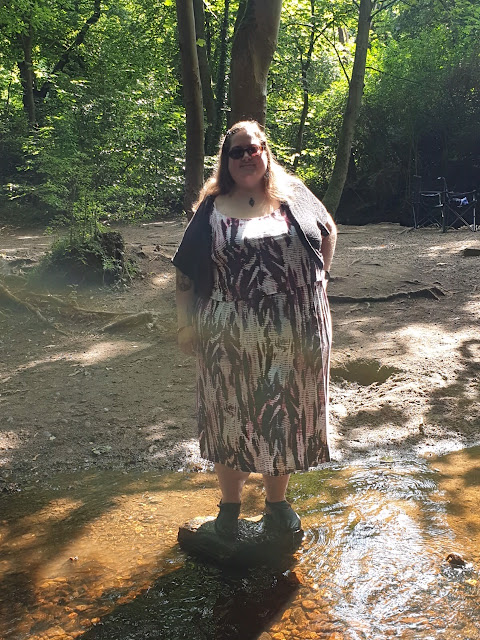 Standing on a rock. The stepping stones aqre just to the right of this photo 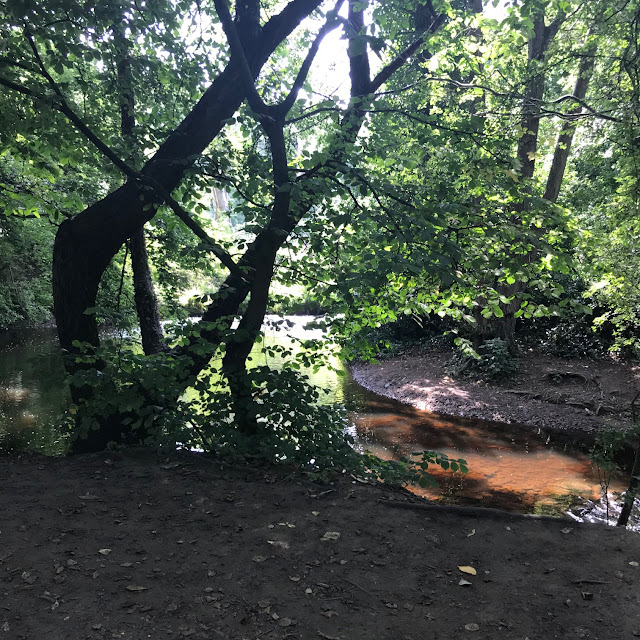 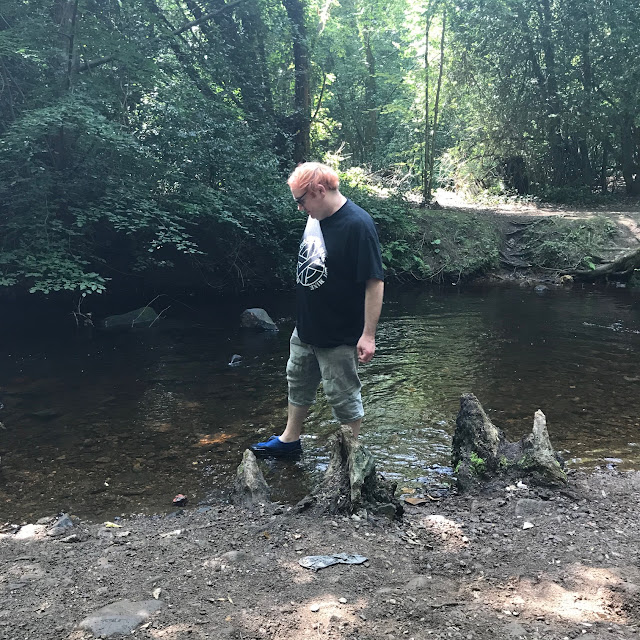 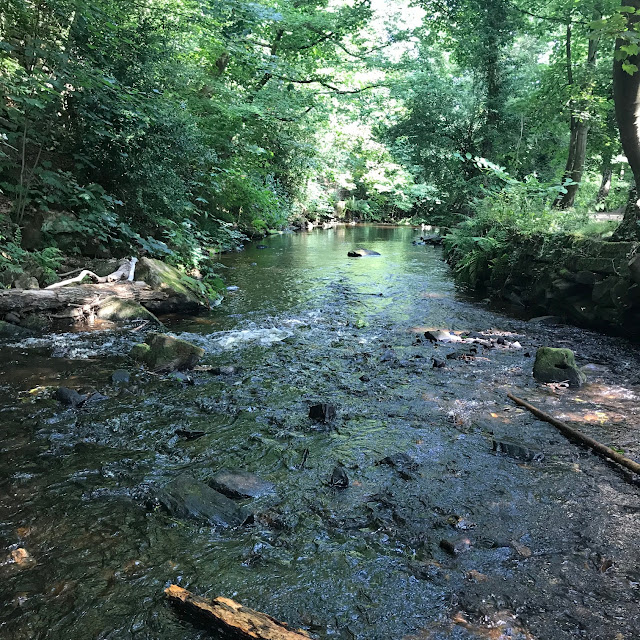 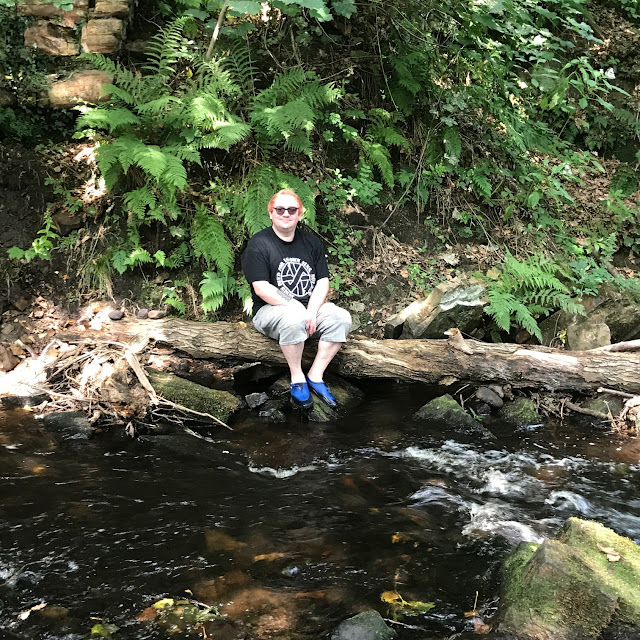 Lee made his way over to this log to sit on, I don't think I'd have managed it 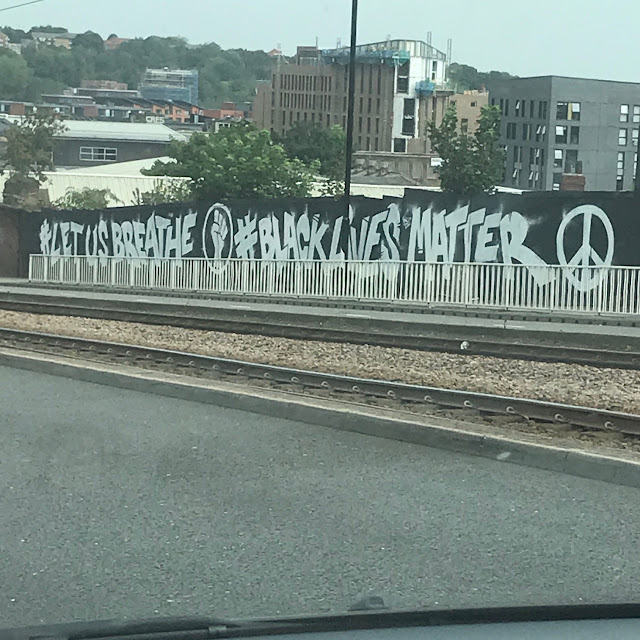 And the amazing graffiti I saw in Sheffield!

Posted by Rebecca at Wednesday, September 23, 2020