What I Wore August 9th

On August the 9th our friends Bettie and Jen came over to see the kittens. They got far more visitors than we do - everyone wanted to see them! We arranged for Bettie and Jen to come over for lunch. They arrived into Barnsley and we went to pick them up, then came back and Lee cooked a big brunch for us all. It was delicious - we tried some new-to-us veggie bacon which was really smoky and chewy. I thought it would be nice in buttered bread with lashings of ketchup.

And of course kittens! Jasmine is happy to be handled and likes to be cuddled - she's ridiculous. She also chases things with a lot of energy. Poppy is less happy to be cuddled, but she will get there I'm sure. She likes to play, though. Bettie and Jen were happy to meet them, it was really nice.

We offered to take them home to Sheffield, so we did that and then on the way home we called into Sunshine Deli, which is the vegan deli near the Hillsborough ground. I went back in February (you know, in the before times) with my friend Philippa, when I tried the banana blossom fish and found the whole texture a bit weird. But I wanted to go back and try something else. I went for a classic kebab which comes with salad and chips inside it, as well as the fake meat. It was SO good. Lee went for a fake chicken burger and fries and onion rings. He said it was really nice. I'm glad we took the opportunity as we were passing.

I was wearing this dress from Simply Be. I've had it ages, but don't wear it often. The lace is a bit itchy. But it was nice for the afternoon. I've also been wearing this witchy necklace loads. I found it recently again and have worn it for weeks. I think it was from Punky Pins or something like that. 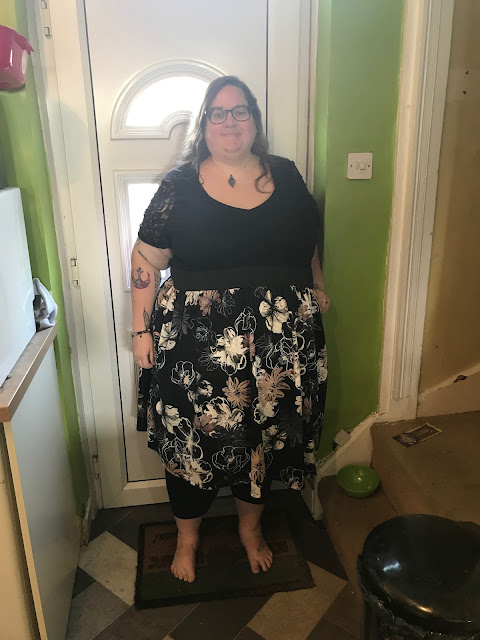 Old Simply Be dress in that kind of scuba material 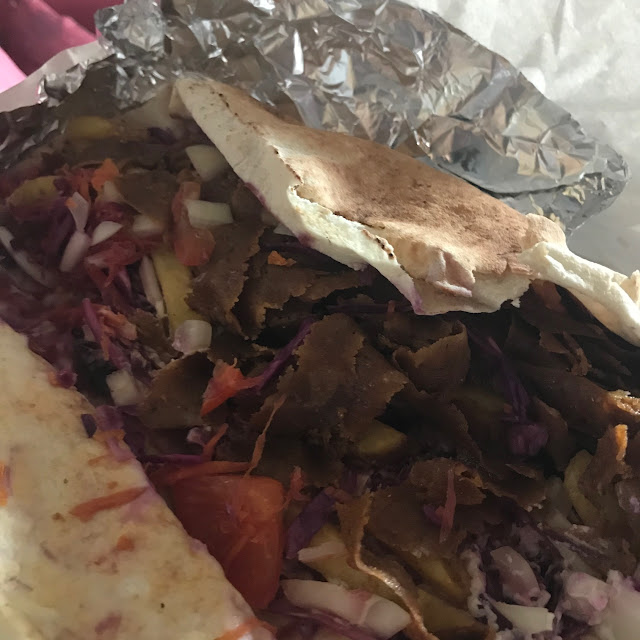 Fake kebab meat, salad, sauce, and chips, all wrapped in bread. It was huge! 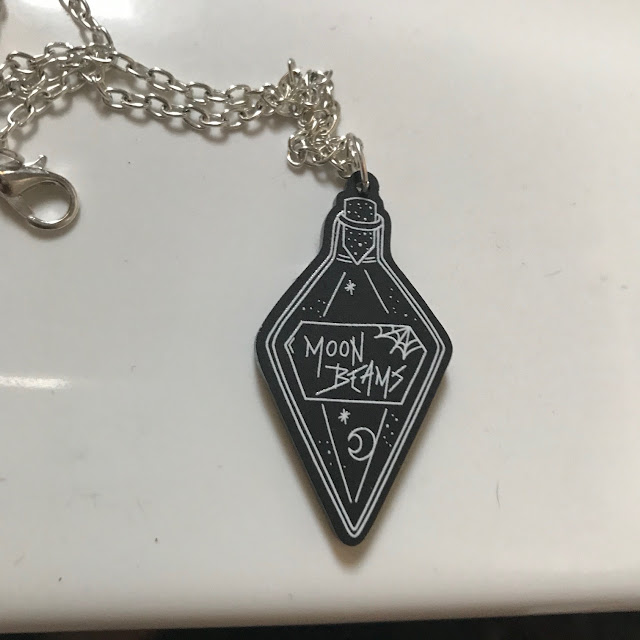 And the witchy necklace I've been wearing recently.
Again I apologise for any formatting errors in this post, it's Blogger not me!

Email ThisBlogThis!Share to TwitterShare to FacebookShare to Pinterest
Labels: cat, simply be