Say Hello to Poppy and Jasmine!

I would like to introduce you to my new kittens! As you know, we lost our cat Ivy at the beginning of June, and the house just didn't feel the same without her. We started looking around at rescue centres for new cats almost immediately. We had always said we wanted two whenever something happened to Ivy, and we kind of wanted kittens too. Some others came up but we were prepared to be patient. Then towards the end of July these two came up on RSPCA in Lincoln. We were on the very edge of their area but we filled in the application form and Amy quickly got back to us as we were a match. She was really good and really helpful, so we arranged to go meet the kittens in the cattery they were living in in Sleaford. We went one Sunday morning and sat with the kittens for about half an hour.
They were found at just two weeks old in a nest with their siblings, but their Mum couldn't be found. So all five kittens were handreared from then, meaning they're very used to people already. Their brothers had just gone and their sister was about to go. I love black and white cats, like Ivy was, so I was already in love. We said we would please have them.
We then had to have a virtual home check on the following Friday. I was extremely anxious about this and we did lots of tidying up in the week before to make the house look good. I barely slept on the morning of the check, but I needn't have worried as it was all fine and Amy was so nice and helpful. We were told they were ours and we were both thrilled, but decided to not tell anyone except my mum for the time being. We went off to The Range to buy supplies. We had to wait for a week to pick them up as they needed to have their second injections, but then on the 1st of August we could go and pick them up!
On the way back in the car I sat in the back with them and talked to them, stroking them through the bars of the carrier. We decided to keep them in our attic room to begin with, which we've just decorated. We let them out and let them explore and played with them. We had ribbons and a tunnel that they immediately loved. We spent a few hours playing and letting them explore.
My mum and stepdad were about to go on holiday and were desperate to meet them, so they came for an hour to meet them. They were in LOVE like we were! They took some really nice photos on their camera.
So! Let me introduce to you Poppy (black and white) and Jasmine (black, with only a couple of white smudges)! We talked about a lot of names but Lee said Poppy and I liked it, and I really loved the idea of calling a black cat Jasmine. Ivy was black and white, although Poppy is much blacker than she was, and I LOVE black cats. They are little voids!
I'm writing this on the evening that they've come home and they seem fine so far. They're absolutely gorgeous and I'm already in love! 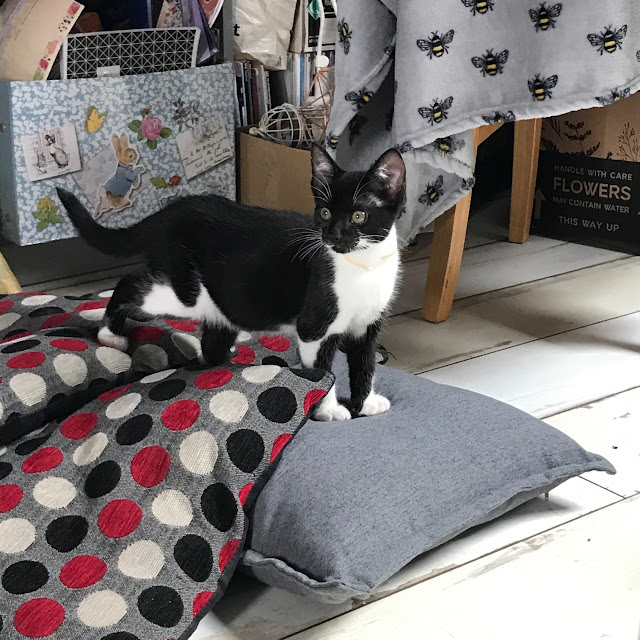 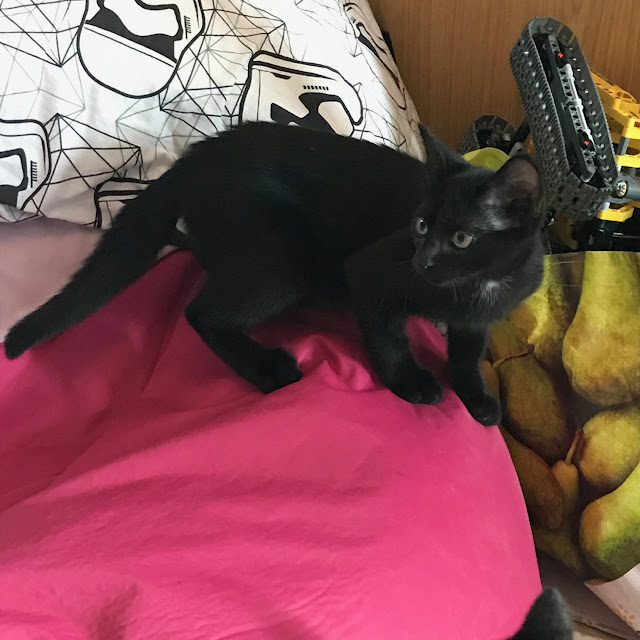 And this is Jasmine 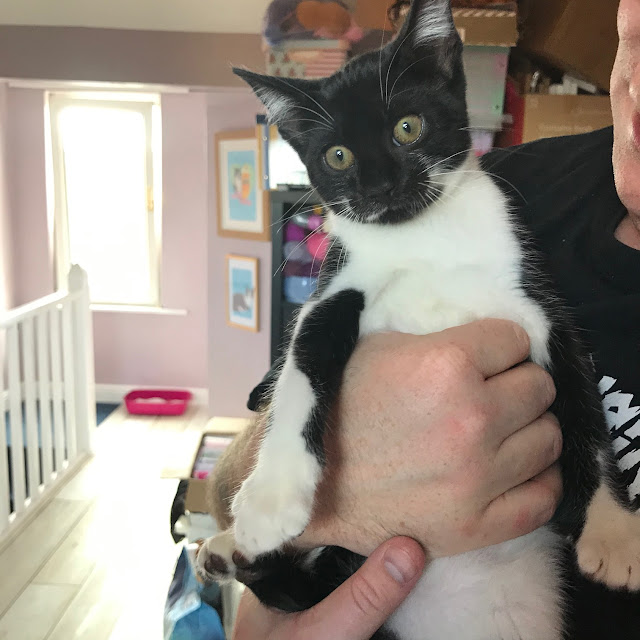 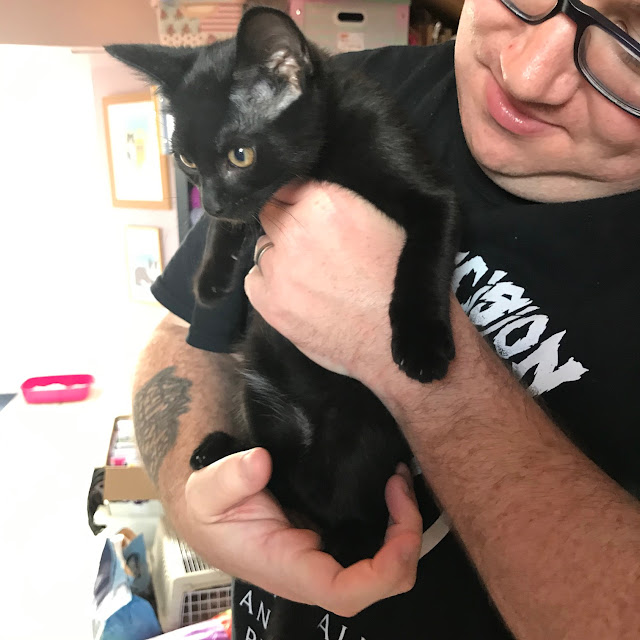 And Jasmine did not want to be picked up!
Posted by Rebecca at Saturday, September 05, 2020