Drive In Cinema in Barnsley

I noticed that the drive in cinema we went to a few weeks ago was coming to Barnsley just before Christmas, and was showing Christmas films, so I asked Lee if he would want to go again, and he said yes, so we booked to see Die Hard at 9pm on the 22nd.

Given that we live so close to where the cinema was, we didn't set off until about 8.50. When we got there, there was a bit of a queue, and it was about 9.30 by the time we were parked in place. We were the second to last back row but had a clear view of both screens, and again we were given the speaker to put inside the car. The film started about 9.40. We decided to order drinks, which you do through the website, and they arrived to our car at about ten past ten. It was lovely! The film didn't finish until about 11.40, meaning it was almost midnight by the time we got home!

But we had had fun and that's the main thing. Christmas is not at all like we would usually have it, something I'm really sad about, so I'm glad we made the most of an opportunity like that. I love Die Hard! 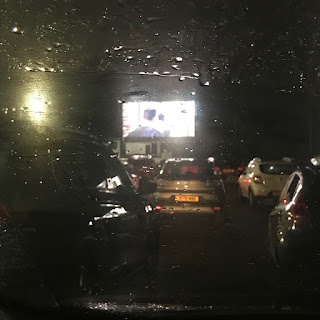 The screen, there were about four rows of cars in front of us 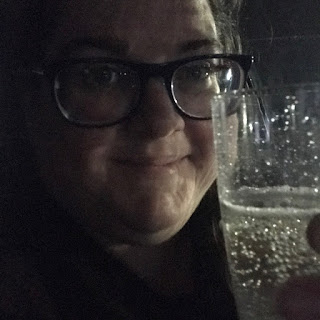 Email ThisBlogThis!Share to TwitterShare to FacebookShare to Pinterest
Labels: cinema