Way back in January, for my birthday, my mum bought me tickets to see Alice Cooper in Leeds in November. My friend Stacey had organised it and there was a reason - way back in the summer that we turned 16, in 2000, we went to see Alice in Portsmouth, where we were staying for the week with my godmother. So we thought that we ought to see him again. We had seated tickets about ten rows up from the floor which were pretty good seats. And we weren't the youngest people there by a long way - there were lots of 20 somethings and teenagers!

We got in about 8.30pm and The Mission were playing, they make a pretty good support band. I have seen plenty worse, anyway! Alice Cooper and band came on about 9.20pm, and played until 11pm ish. There were three guitarists, a bass player, and a drummer, all men except for one of the guitarists who was extremely talented, I really liked her! Alice changes outfits often and he can really sing. They put on a hell of a show and I really enjoyed myself. I wouldn't go and see them every week, but I did enjoy it.

For the last couple of songs Alice's original band came on! The original Alice Cooper! That was fantastic to see too. The very last song was played with both bands on stage and that was great. It was School's Out and it sounded fantastic. Stacey and I both really enjoyed ourselves and liked reliving our teenage years.

I took some photos, they're not great but I'd like them here for posterity. 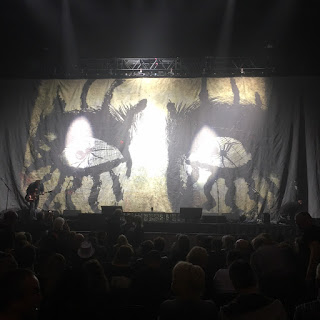 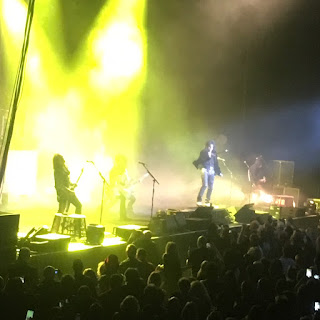 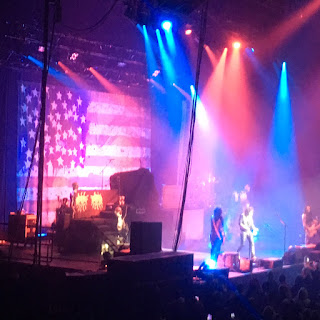 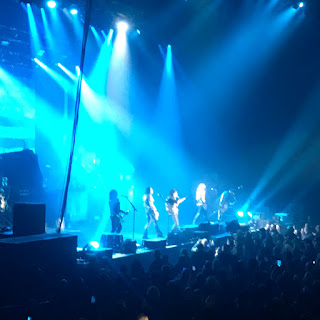 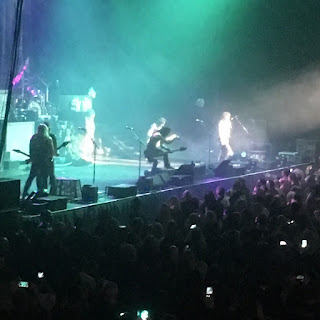 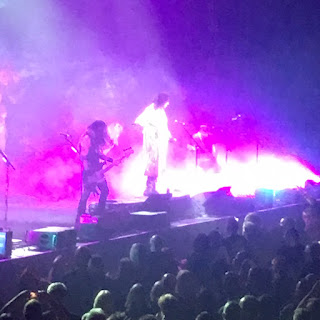 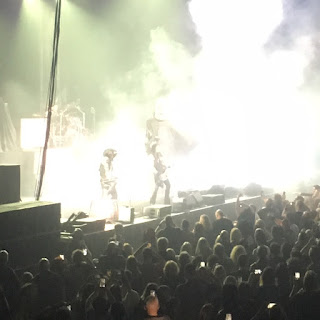 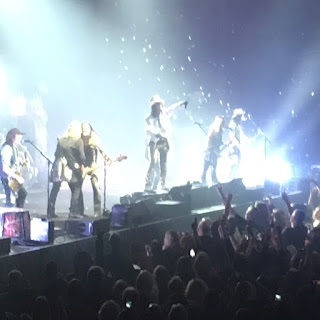 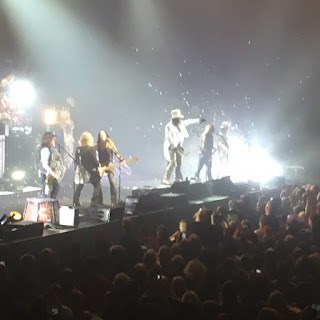 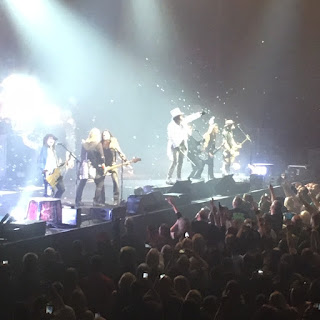