At the end of November my best friends Jacqui and Sam came to mine for the weekend for our Christmas get together. It was the only weekend we could do so even though it was early we still tried to get into the Christmas spirit. Lee and I had put our Christmas tree up the weekend before in preparation. We decided to do a bunch of lovely things.

On Friday evening we went to Las Iguanas because we always appreciate two for one on cocktails, and then to the cinema. Lee and I met Sam and Jac at Meadowhall about 6pm. I had pornstar martinis, which are my new favourite cocktail, and Long Island Iced Teas, which I really like even though they're so strong. They've revamped the menu in Las Iguanas and it's really nice, it's a lot like the menu at Turtle Bay now. I had Xinxim, which is a chicken and crayfish curry in a lime and peanut sauce. It's really yummy, I would recommend it!

Lee left us to go see his friend and we went into the cinema for 8.20pm for Murder on the Orient Express. It's an okay film, I'm glad I had read the book earlier in the year. It looks stunning in parts, but there weren't enough shots of the train for me. I'm also not sure how I feel about Kenneth Branagh as Poirot. Lee picked us up and we came back to mine to chill out for a bit before bed.

On Saturday we went into Barnsley, which isn't something I do very often even though I live here! We went to Funky Buddha for cocktails and food. We ended up getting loads of tapas which was delicious! We went down to Wetherspoons to drink more there, which was fine except Barnsley had been playing football so the pub was a bit full of fans. Oh well. Lee picked us up about half past five and we went to the cake takeaway for dessert. We spent Saturday evening in our pyjamas watching films and TV. It was lovely!

On Sunday we went for brunch at Yummy Yorkshire near Penistone. They do really fantastic food in general but the brunch is really yummy. Afterwards we took Sam and Jac for the train and I spent the afternoon relaxing as I'd caught a cold! I didn't take many pictures but here we go anyway: 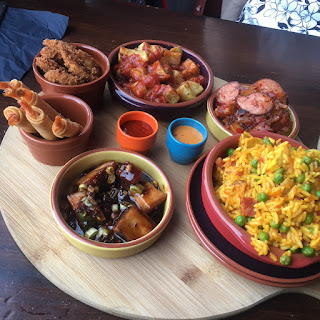 Tapas, it was really cheap but surprisingly good. I would definitely go again 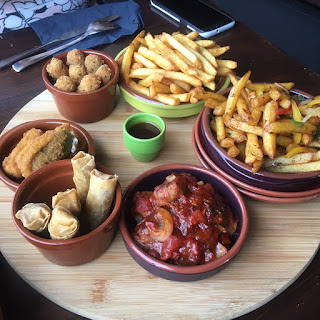 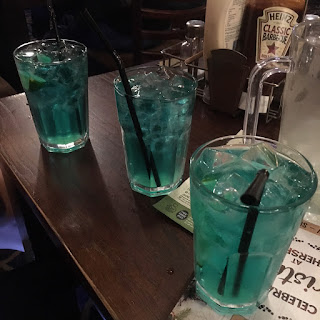 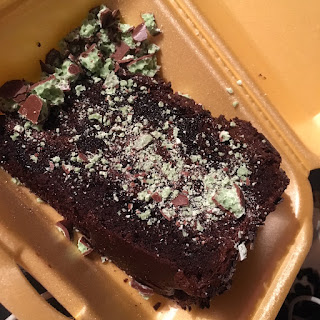 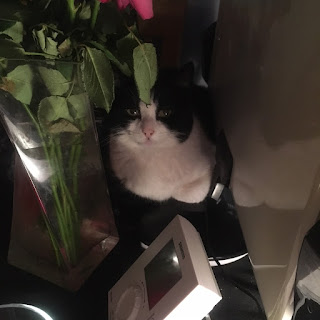 Ivy has taken to sitting behind Lee's computer like this, I dunno why but she's very cute 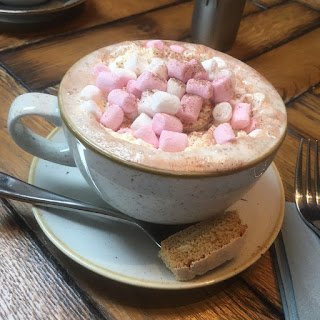 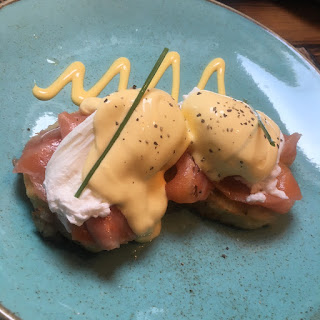 My brunch - this is what I always get. Poached eggs, smoked salmon and hollandaise sauce on rostis. So delicious!
Posted by Rebecca at Thursday, December 14, 2017