The Tuesday of our holiday saw us docked in Naples, with a view of Mount Vesuvius just to the right of the ship. Naples looked beautiful from the dock - all gorgeous domed buildings built on the hillside. We'd decided to not get off the ship, but I think I would like to go to Naples in the future.

It was weird because clearly lots of people had got off, and the whole boat felt empty! Breakfast felt like there was just us on deck eating. We went for a wander afterwards, exploring the main passenger decks. My stepdad wanted to buy a new camera from the shop, it was a comparable price to buying at home and he'd have the memory of buying it on the trip. Then we ended up finding a quiz that was starting in the atrium, so we joined in and ended up winning! That was good fun.

We stepped off the ship just on to the dock and took some photos of the ship and Mount Vesuvius a bit better. It was hot! We didn't even leave the port building so didn't need our passports or anything, but it was nice to get a breath of air.

Around lunchtime we were out by the pool. We had snacks from the buffet to eat. And then we discovered that because there were so fewer people around, there were members of staff coming up to the sunloungers to take drinks orders! It would've been rude not to, really. It was LUSH.

Lee went on one of the slides and we sunbathed and swam and just basically relaxed. I could have stayed there all day, but Lee and I had plans for the evening... Which will wait for my next post! 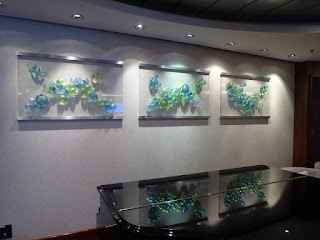 Wall decorations in one of the bars 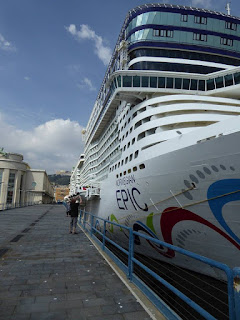 The ship itself on Naples docks 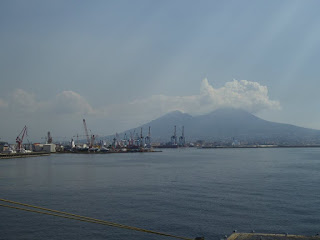 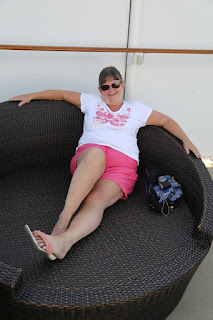 My stepdad took this of my mum, I'm not sure I ever actually saw these seats! 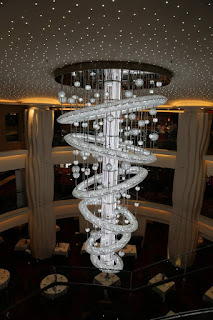 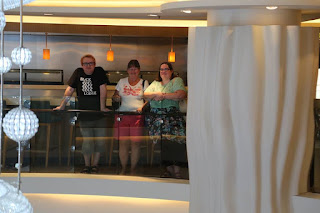 Across the other side of the balcony 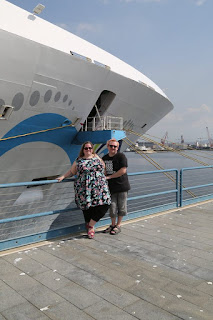 Lee and I. My dress is from Yours, I wore it at my mum's 6oth earlier in the year 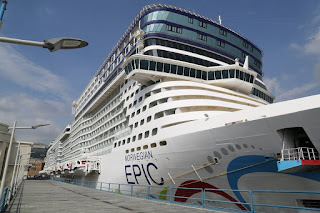 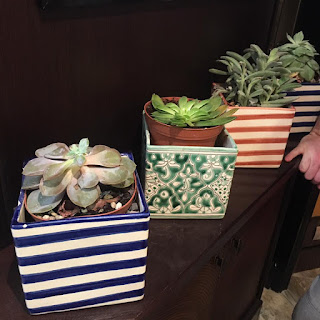 We saw someone cleaning these plants and I was sure they couldn't be real, but they were 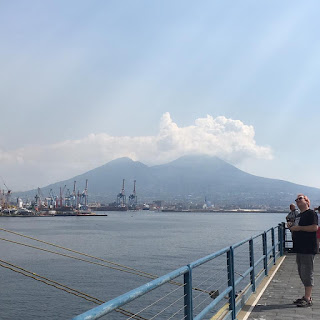 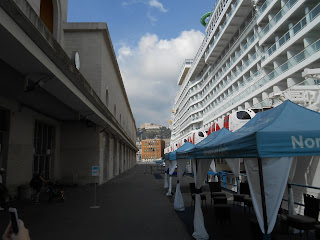 These Norwegian Line gazebos were put out at every port 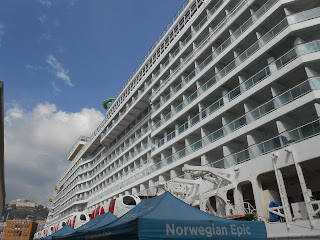 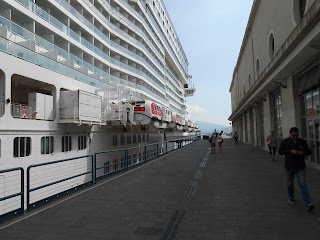 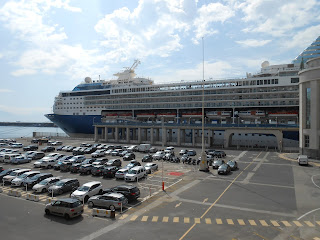 A different ship also in port 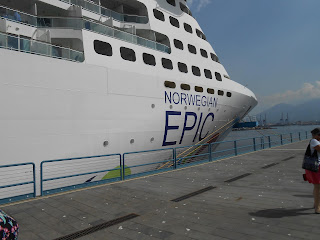 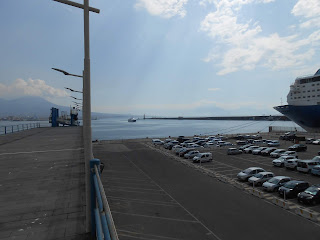 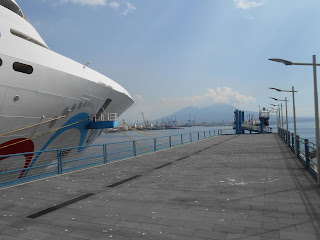 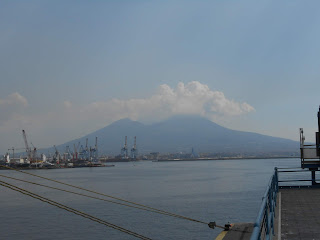 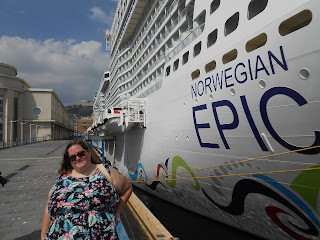 Lee definitely took this one 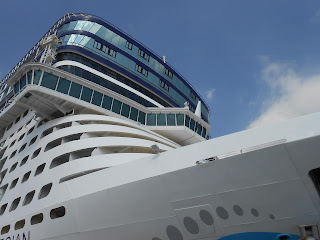 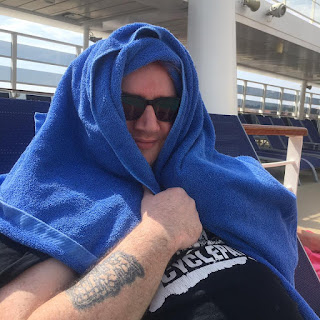 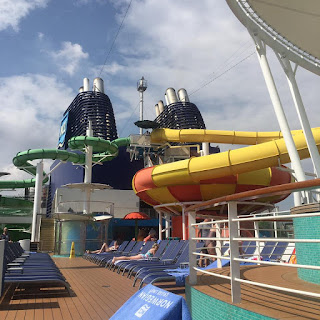 A better view of the slides - and look you can see how few people there were in this section of the deck! 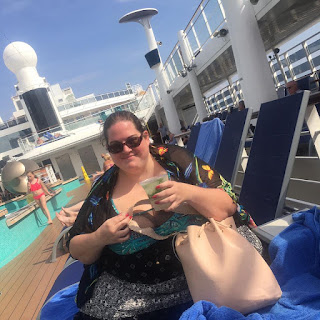 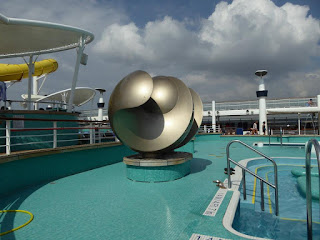 I liked this sculpture a lot. When we were in port there were two water jet things turned on too, just to the right of this 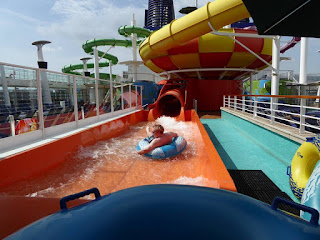 Lee went in the tube slide! 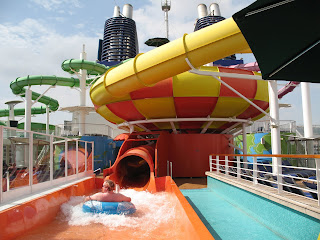 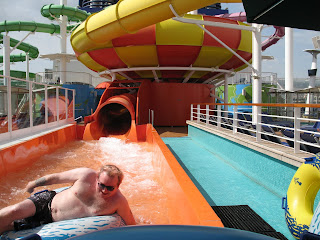 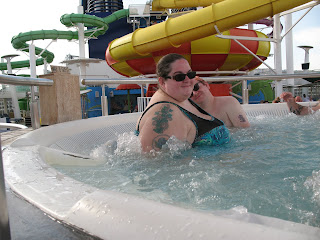 And here we are chilling in one of the hot tubs. They were really hot! 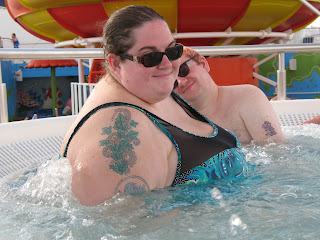