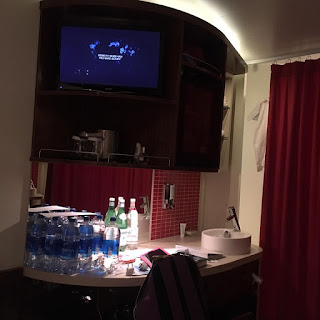 So maybe you've read all my posts and thought you'd like to go on a cruise too, or maybe you've always fancied it but never thought you could do it? Well, I wasn't sure either, but having been on one cruise I'd definitely go on another. And I have some tips to make the best of your trip. I read quite a few blogs before hand which definitely helped, so here's my top ten (ish):

Well, that's a lot of words, but do ask me any questions if you have them! 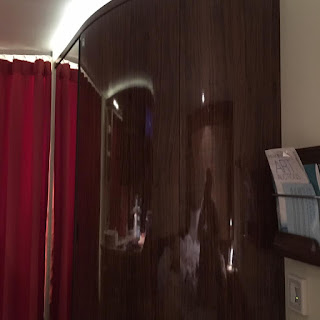 The wardrobe in our room, with the curtain behind which separated the bathroom from the rest of the cabin. The wardrobe was really well organised inside, and very spacious, with room for our empty cases once we'd unpacked.