What I Wore September 18th

I'd read somewhere, before we travelled, a Top Ten Tips for what to do on your cruise, and I'm really glad I did read it because it was so helpful. No idea where I came across it, but one of the things it said was to definitely see one of the shows on board because they're excellently done. The shows are free but you do need to book ahead, so as soon as we had our online accounts set up I logged in to have a look.

It just so happened that the show on while we were on holiday was Priscilla Queen of the Desert! I love the film, but I've never seen the musical, so I was thrilled. Lee said he'd go with me so I booked the tickets. It was showing four times in the week, so I went for the early showing on the Tuesday, because it finished around 9pm and meant there would be time to eat afterwards.

So Lee and I got showered and ready and arrived at the theatre just before 7pm. It seated 350 but we needn't have worried because there were loads of seats spare. We sat right at the back on comfortable seats, which still gave us a great view, and got talking to some Canadians from Toronto who had visited Pompeii that day. They were eager to tell us they were Canadian and definitely NOT American... I can't think why that is...

The show was great. Lee isn't a fan of musicals but he'd said he'd go, but actually he really enjoyed it and laughed a lot. It's definitely not meant for children, and given the time constraints I think some scenes had been cut out, but the dancing was excellent, the sets looked great, and it was over all just really funny and fun. If you ever go on a cruise, definitely do see the show, and thank you to whichever blogger gave me that tip!

We headed up to the sun deck where my mum and stepdad had been hanging out watching us leave Naples. We had planned to eat at the buffet, but then my stepdad slipped on the wet deck and fell over. He has bad knees anyway and he went right over on one. Staff immediately came to help and took him off to the medical centre, where I hear he got excellent treatment, but it did mean he missed out on something to eat and my mum didn't get anything until later. It was such a shame. It had rained but not much, but the deck in that particular place was quite slippery.

Lee and I stayed on the deck waiting to see if they would come back, but eventually headed to bed. My mum found us in our room to let us know what had happened. I think the staff have to be commended though for their quick actions.

I was wearing this new flamingo skirt. It was originally a Lindy Bop dress, which I mentioned in this post, but the bodice didn't fit me. But given the huge discount it was on sale, I decided to keep it and make it into a skirt. Well I didn't get round to that so in August I gave the dress to my mother and asked her to do it. She did it with only a bit of grumbling (she'd had to remove the zip and keep the pockets intact) but gave me it just before our holiday so I could pack it. I absolutely love the pattern and it's a really gorgeous material, so I'm glad I did this.

I'd bought this top in Yours to go with the skirt, I think the pale pink is just picked out on the flamingos although I could also wear a cream top or a white top with it too. 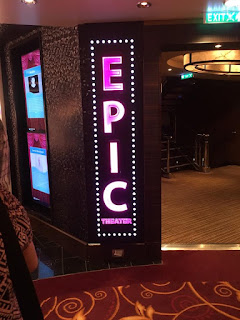 The entrance to the theatre 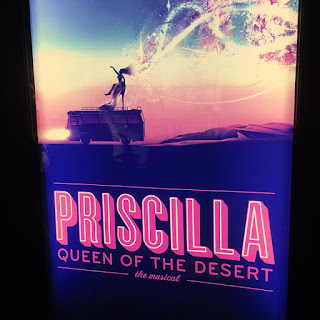 And the advert. And they really did have a school bus! 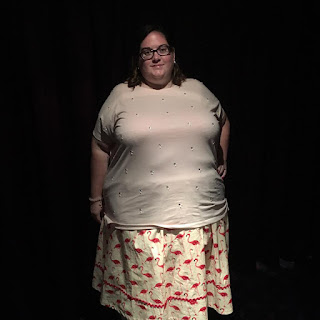 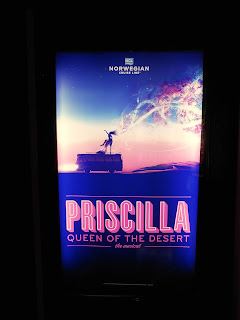 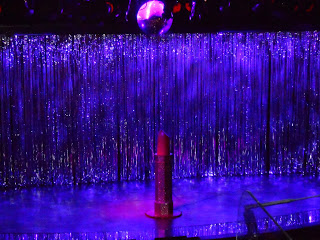 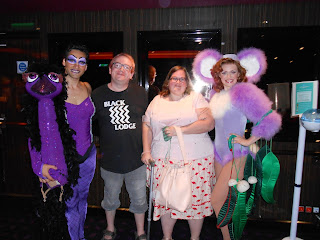 Meeting some of the cast afterwards 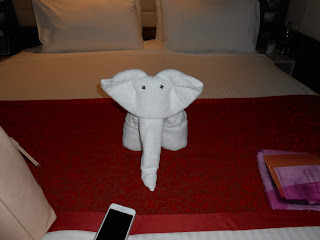 That night's towel arrangement was my favourite, I think!
Posted by Rebecca at Wednesday, November 07, 2018

Email ThisBlogThis!Share to TwitterShare to FacebookShare to Pinterest
Labels: cruise, holiday, lindy bop, yours, yours clothing