In November the lovely Georgina mentioned that she had been using Gousto boxes for cooking, and that she had a 60% off referral code. I had a look at the website and liked the look of the food on offer, so I chose four meals for the two of us, and paid just £14 for the box. It arrived one Monday in November and Lee and I set about unpacking it.

We were impressed that all the packaging was recycled and reusable, and that each ingredient was clearly labelled. You get a recipe card for each meal, which are also really clear and concise. Each ingredient is clearly measured, but the measurements are all on the cards too so that you can make it again by yourself.

It really took the stress out of the week that we knew what we were eating all week, we were both really busy with work and stuff so it was helpful to have meals at our fingertips. Each meal was a complete meal by itself with sides included. I wondered how the portions would be, but I was pleasantly surprised - certainly neither of us was hungry.

The second week I got a discount again so Lee helped me to choose what to eat. There's a big choice of stuff, and a lot of different dietary requirements are catered for. The box again arrived on time, well packaged and everything clearly marked.

So, what did we eat? Well, the stand out dish was a Sri Lankan curry, which was one of the best curries I've ever had and is a recipe we will definitely use again. We also really liked the baked fries we had. Everything was nice, I really didn't dislike anything except the peas that came with the fish fingers and chips.

The recipes are really clear, some of them are quite fiddly but the output was worth it. Lee was grateful for the photos on the recipe cards a couple of times. Here's some photos of what we made: 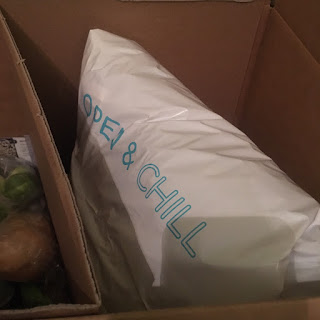 The box was well insulated and had chill packs in it, so if it was left outside for a few hours it would be okay 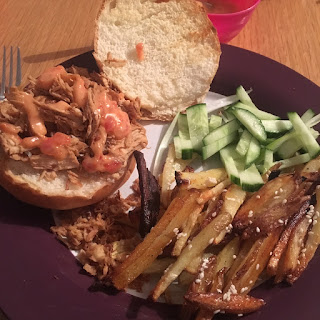 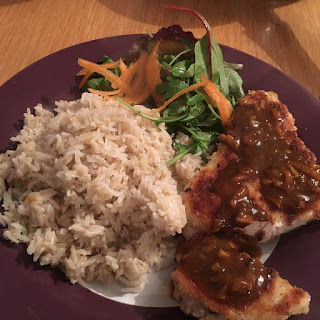 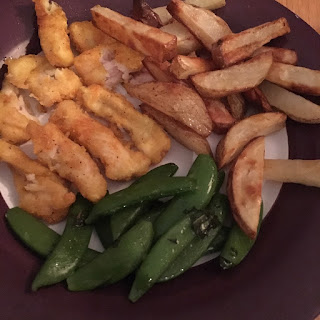 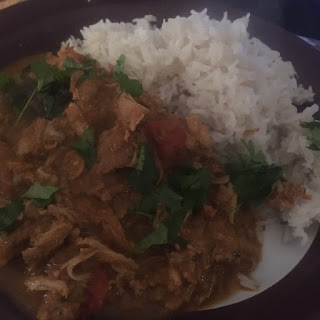 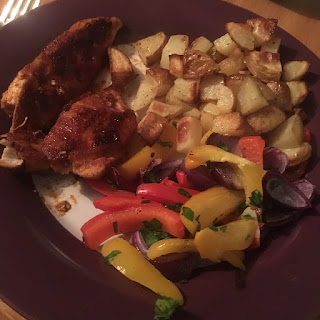 Smoky Spanish chicken with patatas bravas and aioli, this was simple but really nice 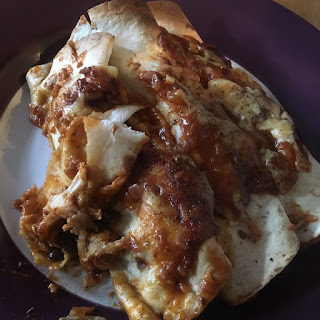 We had a couple of other dishes which I didn't take photos of.

So what are my pros and cons of Gousto Box?

Pros:
Cons:
I have a referral link if you want to try Gousto for yourself! Click here for 60% off your first box!

I purchased Gousto myself and was not compensated in any way for this post.
Posted by Rebecca at Saturday, January 19, 2019