I had a really busy week the end of November, it was ridiculous. Lee and I had had a weekend in the caravan booked for ages, because we wanted to visit the York Christmas markets. Then I arranged to go to a workshop in Huddersfield with my aunt, who was up for the weekend. I've been to workshops at Space2Create in Huddersfield before, and I wanted my aunt to come to one. They were running a "Natural Decorations" one when she was up visiting my grandma, so we booked ourselves some places.

The workshop was run by a really lovely and patient person. He had brought a ton of wood and all other kinds of natural things, including these wicker rings. I decided to make a wreath, so I picked out some bits that I liked and some raffia to tie it on with. Caroline decided to make a garland which I think turned out really well. 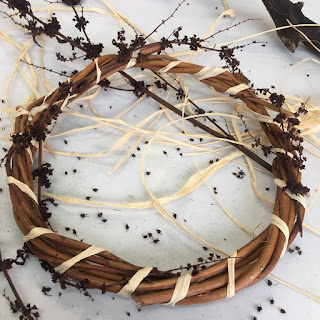 I wound the raffia around to keep the wreath together and so I could poke stuff into it. 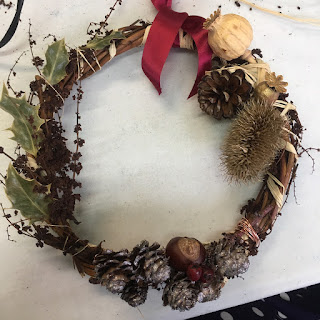 I am ridiculously proud of my wreath! I hot glue gunned the conker and berries on to it, but everything else is tied on with raffia or wire. It spent the entirety of Christmas hanging from the mantelpiece 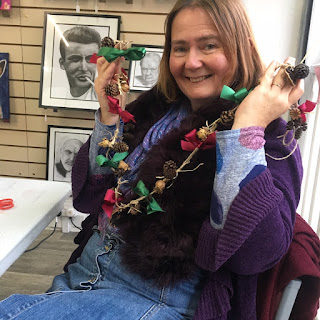 Caroline used ribbon and pine cones and seed heads for her garland!

Lee picked me up from Huddersfield and we set off to York together. We stopped for a hot drink each and shared a mince pie. 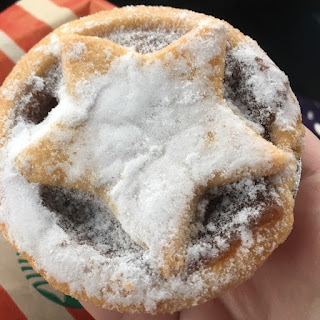 It was already pretty dark by the time we arrived in York, but fortunately the site is well lit so we got everything sorted then hunkered down inside. We watched some films and had some bits to eat. 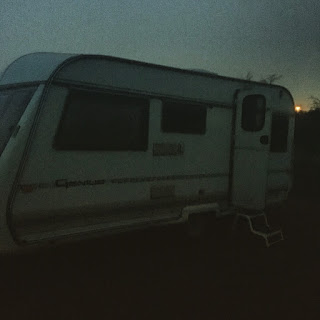 Home for the weekend 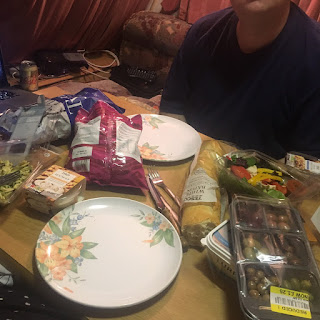 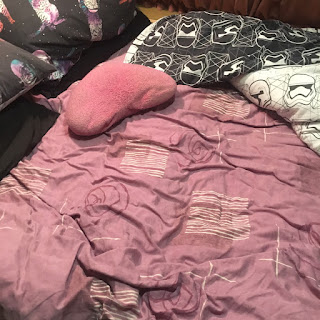 Doesn't this bed look lovely and inviting? It was, but we were cold so ended up putting the heater on all night

In the morning we got up and had a shower, and then got on the bus from outside the caravan site into York. It's really easy and we know where we're going. We walked up the Shambles, taking our time, and then walked across to Parliament Street to the Christmas market stalls. We bought a few things. Then we tried to get some lunch which ended up being easier said than done, but we got a table pretty easily in Carluccios, which Lee had never been to before, so that was nice. After that we got hot drinks outside in the markets - mulled wine for me and hot chocolate for Lee.

We got the bus back about 5pm and again hunkered down for the evening to watch films and get cosy. 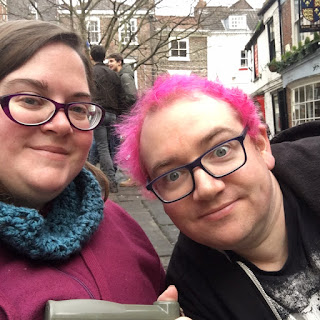 Picture of us in Kings Square 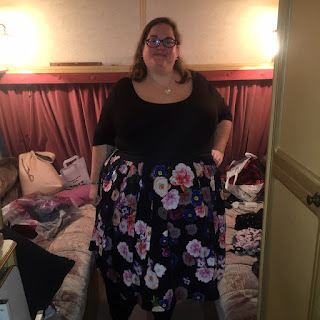 This is what I was wearing underneath the hoodie! 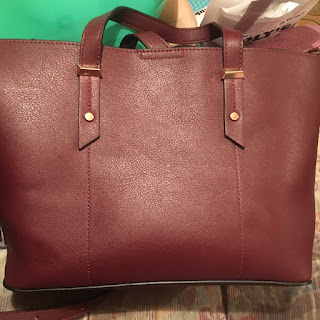 And finally I bought myself a new bag in Accessorize! I love it, it's so roomy and has a zipped bit in the middle for my purse and phone.
Posted by Rebecca at Tuesday, January 08, 2019