The second weekend in December saw us in York for York Zine Fest. We went to the first one in July and had high hopes for the second one. In fact, I'd encouraged some friends to apply for tables too, so we set out really optimistically to York.

Unfortunately, the fest didn't go as planned. They had had a lot of applications for tables, so they put six of us in a separate room before the main one. This meant we didn't have the footfall like the main hall did, and nowhere near the number of sales. Most people didn't even realise we were there. It was a shame, and I didn't feel like the organisers listened to our concerns either on the day or afterwards. They didn't apologise, either. I'm still a bit angry about it and I feel bad that my friends had wasted trips and had bad experiences. Unfortunately I don't think I'll go again.

After the fest, Lee took me to Jacqui's house, where Sam was too. We had plans to hang out and watch rubbish Christmas TV and eat party food, so that's what we did. I also asked Sam and Jacqui to be "bridesmaids" for me! Lee and I are going to have a vow renewal/huge party in May, which almost no one knew about - it's been hard keeping a secret!

On Sunday Sam and Jac and I went into York to see A Muppets Christmas Carol at City Screen. I thought I'd seen the film before but I can't have, it wasn't familiar to me. I liked it and it felt really lovely and festive. Then we went across the road to Bill's for lunch, which was yummy. I had a melting chocolate dessert that was delicious.

Not long after that I had to go home, but I'd had a lovely weekend with my friends. 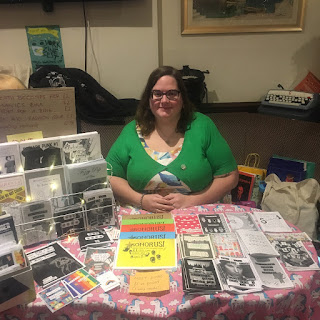 Sitting on my stall at the fest with all my lovely zines. 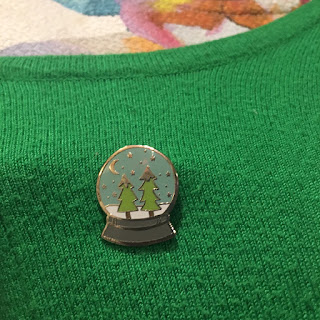 You've seen this dress before so I didn't take a picture, but here's my snow globe pin, isn't it adorable? 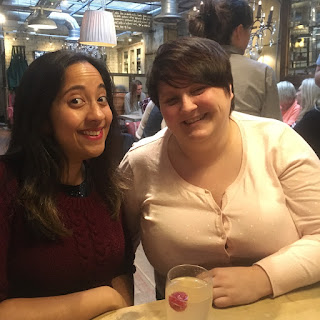 Sam and Jac in Bill's on Sunday! 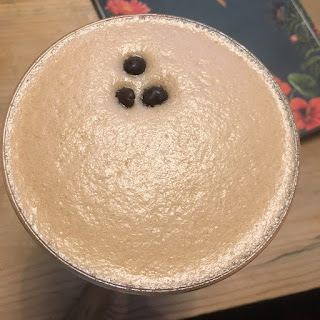 We all had some nice cocktails but this espresso martini was the best I thought!