My friend Von came to stay the second weekend in January. I haven't seen her since last February, due to personal circumstances in both our lives, so it was lovely when she suggested coming for the weekend. She was on her way back from a training thing in Cumbria which is a long way back to London! So she arrived on the Friday night and we had pizza and salad for tea.

My gym has given me a free day pass every month for a guest, so I'd mentioned this to Von so she brought her swimming costume. So on Saturday Lee and Von and I headed to the gym and had brunch - I was impressed because they had vegetarian sausages! Then we got changed and went into the pool area.

We swam, went in the jacuzzi, the steam room, the sauna, and the aromatherapy room. Then we did that all over again, and again, and finally got out after about three hours! It was really nice and really relaxing.

Then we headed into town because Von and I were going to get new ear piercings. I have three holes in the lobe of each ear, two helix piercings, and I had the conch of my right ear pierced in Barnsley ten years ago, with Von then too. I'd recently been thinking I might get the left one done, so I mentioned it to her and we went to Pro Body Piercing on Graham's Orchard again. The piercer in there is nice enough and really good at his job. I went first, I'd barely had chance to think about it before he'd done it! It hurt less than I remember although maybe I'm just used to tattoos now. Von went second, she had her rook pierced (which I love the look of, but I don't have enough rook to pierce!). Because we'd had two he charged us £30 instead of £20 each!

I love having a matching piercing, it is a bit sore still but it'll get there I'm sure. It's quite an unusual one and I really love it :)

On Saturday evening we got Chinese takeaway from a new-to-us place and it was nice, they did tofu so that's what I had.

On Sunday we went to Cubley Hall in Penistone for lunch with Sam so she and Von could see each other. It was a bit more difficult to eat vegetarian there, there weren't too many choices. Lee and I both had pizza and then shared chips and onion rings, but there was so much food that we ended up bringing most of the pizza home! Still, I would have liked to see more options on their menu.

Von set off home just after lunch but it was really lovely to see her! 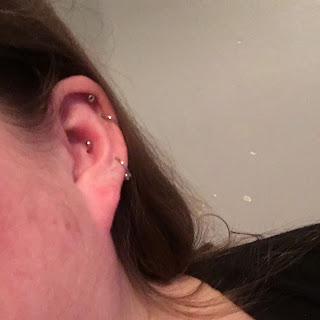 See the piercing right in the middle of my ear? That's the conch one 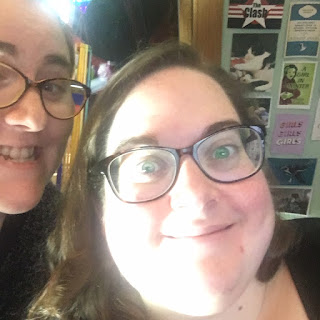 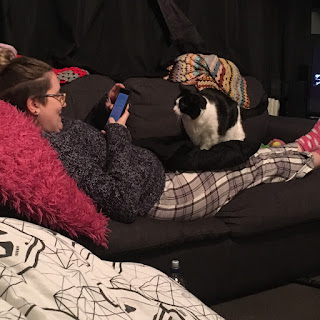 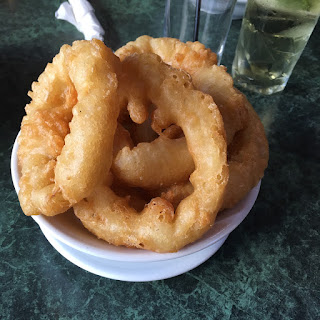 Fresh, humongous onion rings are so good at Cubley Hall! 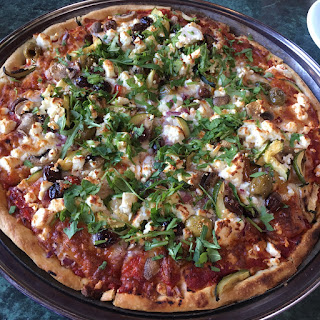 My pizza was goats cheese and black olive, it was a little odd but I liked it!