I cannot BELIEVE that January 2019 saw me turn thirty five! Thirty five! That's like an actual adult age, and I am definitely not one of those. I can't believe it's six years since I started this blog and posted my first birthday post.

I always like to plan my birthdays and do fun things, and I thought that this year I would like to go to the Alchemist in Trinity in Leeds and have food and drink cocktails. I invited my mum and stepdad and my best friends Sam and Jacqui, and then it turned out my friend Lucinda was free to come too. She's been studying in Canada so I hadn't see her since Christmas 2016. She's been back in the UK since July but our schedules hadn't fitted, and then it turned out she wasn't working on my birthday so I said to come up. So she arrived on Friday night and on Saturday morning she perched on the end of mine and Lee's bed as I opened birthday cards. Perfect! I love her.

We set off for Leeds, picked up my mum and stepdad, and parked, then headed over. Sam and Jacqui were already there. The Alchemist was busy so we ended up sitting outside which was quite cold, but fortunately we weren't waiting too long and we did have a nice drink while we were waiting.

I had promised myself that if there was nothing vegetarian on the menu I would eat something with meat in, but I was surprised and pleased by both the veggie and vegan options on offer. Lee had the seitan chicken wings and then the veggie burger, which is made with beetroot and mushroom and was really succulent and nice. I had halloumi bites and then the cauliflower katsu curry which were both really good. Everyone seemed to like their food and the fajita portions were really generous!

And of course the cocktails. That's the main reason I wanted to go to the Alchemist really! To begin with I had The Colour Changing One which is sweet and yummy, and then I had a Screwball which was bubblegum and really nice. Everyone had different ones and we all kept trying each others.

After the Alchemist we headed upstairs to Angelica's which was also packed - honestly it was just a random January Saturday - but we weren't waiting too long for a table. I had a champagne and elderflower cocktail in there which was lovely.

Jacqui left after that, while the rest of us went to Giraffe for a drink there. Then we tried to get into the Botanist but that was super busy too so we ended up over the road in a bar called Cast Iron which was part of the Marriott Hotel and which was actually really nice. In there I had a pint of cocktail which was potent and came set on fire! Ridiculous.

We headed home not much after that, but had one more drink at my mum's before coming home. I got some lovely presents including books, candles, skincare, champagne (yes more!), a rag rugging kit... Really lovely things :) I'm very lucky and I certainly felt it when everyone came to celebrate with me.

Here's about a zillion photos: 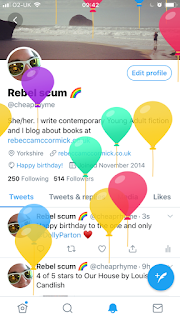 I love it when Twitter has the birthday balloons! 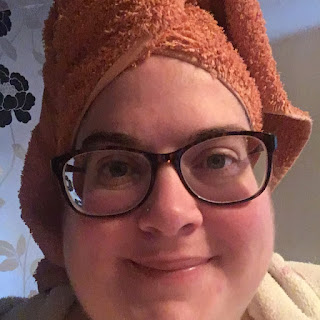 It was Photo An Hour hence my post shower selfie 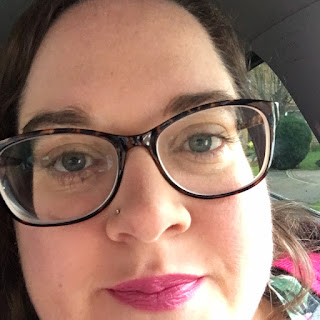 An hour later, dressed with make up on! 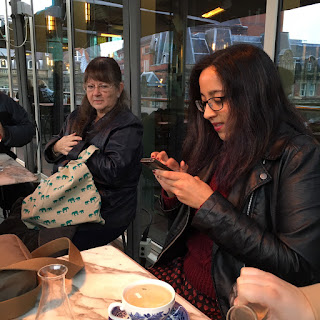 My mum and Sam outside the Alchemist 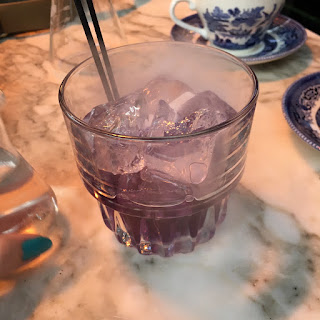 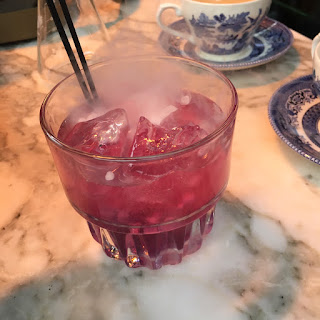 The you add the rest and it goes pink.... 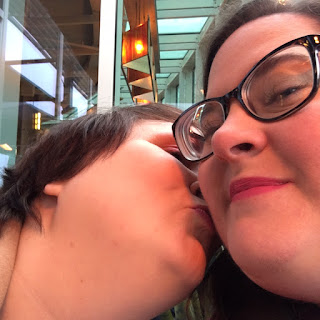 A birthday kiss from Jac 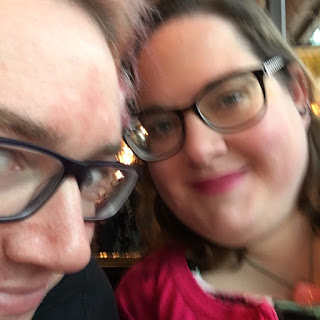 When we sat down inside I made everyone take selfies, unfortunately this picture of me and Lee is blurred :( 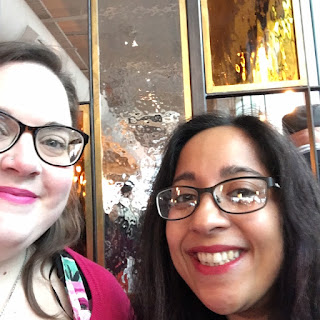 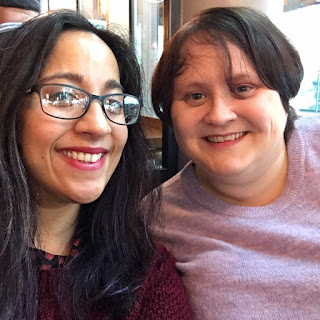 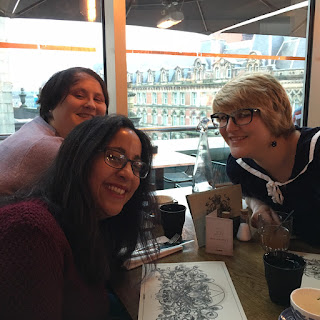 Sam and Jac and Lucinda 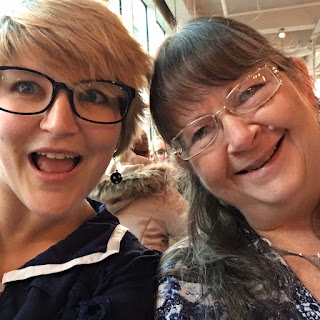 Lucinda and my mum 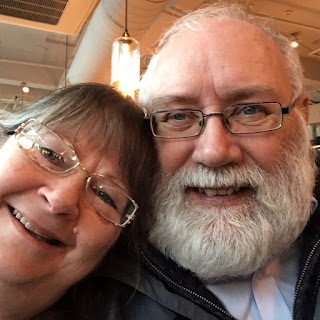 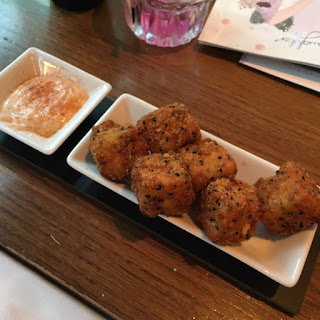 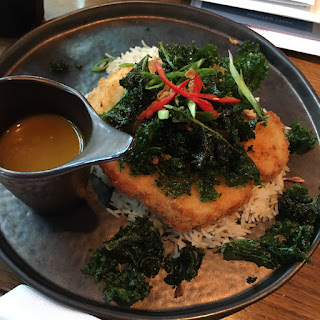 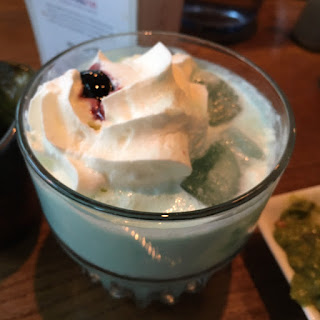 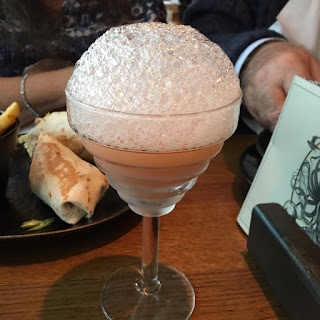 My mum had this bubbly cocktail which she really liked! 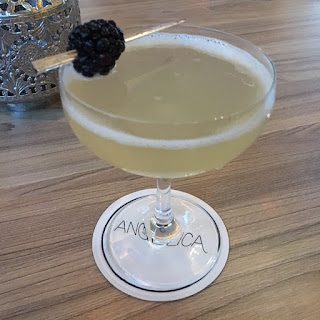 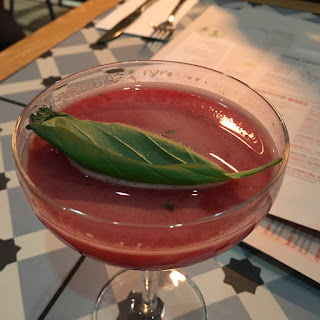 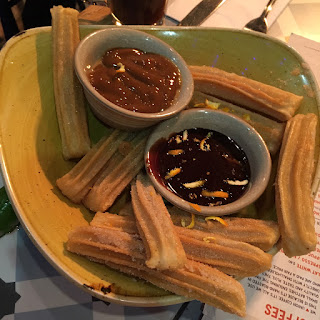 We all shared some churros in Giraffe too! 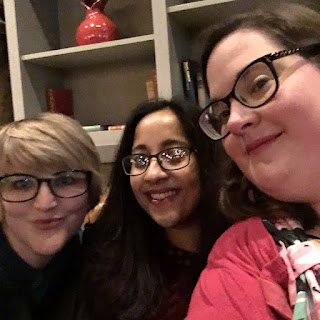 Lucinda and Sam and me in Cast Iron 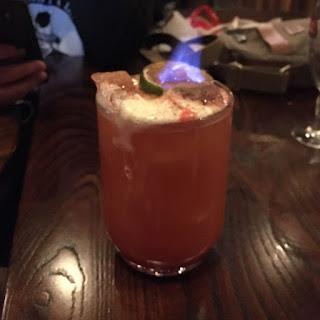 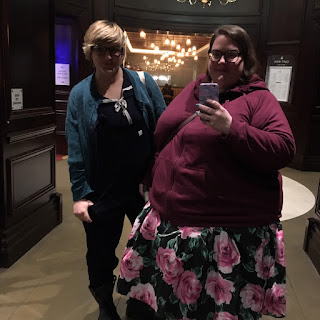 Me and Lucinda on the way home 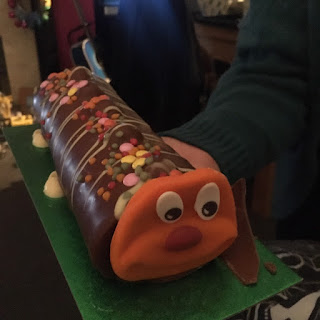 Lucinda had snuck into Tesco to buy me a cake which was lovely of her! 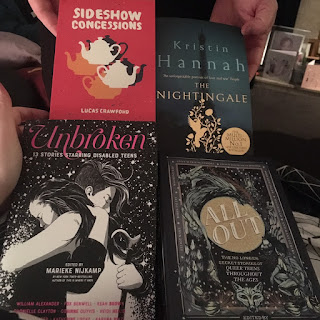 Lastly here are all the books I got! I'm very excited for these.