Lee had two days off after my birthday, we had talked about going away but couldn't find anything cheap enough, plus I had to go to work to do the wages, so we decided to stay at home but plan some fun things to do. We wanted to go to Slatterys in Manchester, I've been a couple of times recently but Lee hasn't been in years and he kept complaining about it so I booked a table.

We got there about midday and got seated. I had rarebit with garlic mushrooms on top, and Lee had a jacket potato I think. We each had a hot chocolate, which are literally melted chocolate and hot milk that you mix together to make delicious. Then Lee had an ice cream sundae and I had the wicked chocolate sampler which is a bunch of cakes and two chocolate cups, one of which is filled with cream and the other is filled with melted chocolate. I knew I wouldn't eat all of it but I also knew I could bring most of it home! So I did!

After Slatterys we went into the Northern Quarter because I wanted to go to Salford Zine Library which is housed in Nexus Art Cafe. As we were looking for a parking space I saw Fred Aldous, which sells art and craft supplies. I've heard of it, there's one in Leeds as well as in Manchester, but I've never been. I also knew they had a photobooth so we parked and went in!

We got some cute photos and then wandered through the whole shop (there's three floors). There was so much I liked! But I contained myself and bought some jewellery making supplies, a candle making kit, and some presents for my friend Sarah.

We also went into Forbidden Planet, where I have to give a shout out to the assistant in there who moved stuff off a chair for me so that I could sit down while Lee browsed - such a simple gesture but it meant a lot because I could rest while Lee didn't feel pressured to leave. We went into a record shop too but didn't buy anything although I could've spent about £100. Then we went into the Zine Library.

It hasn't been there very long, but there's a lovely mural and tons of zines, and some stools to sit on. Lee and I both browsed for ages and Lee even found a copy of his own zine, Primark Punk. I read some great music ones which I really liked. I'm so glad we went!

We left about 4pm because our parking was running out and because we had somewhere else in the evening, but I'll leave that for next post... 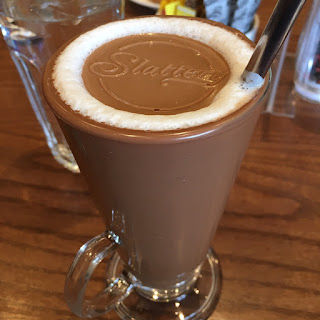 Hot chocolate with one of Slatterys signature discs in the top... 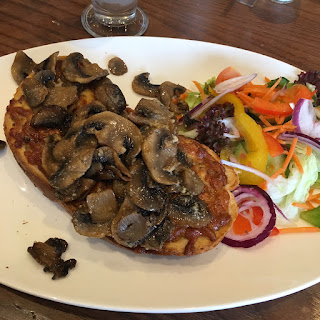 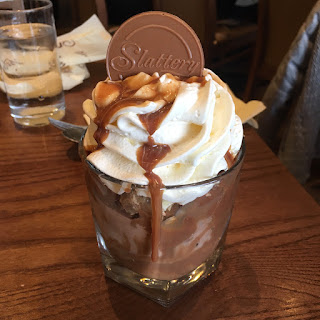 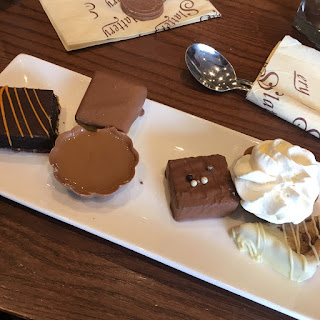 My dessert - so yummy 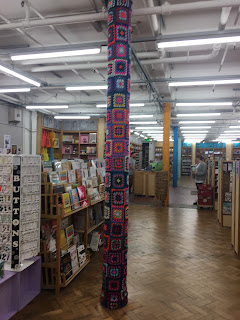 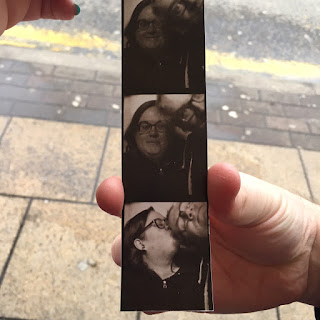 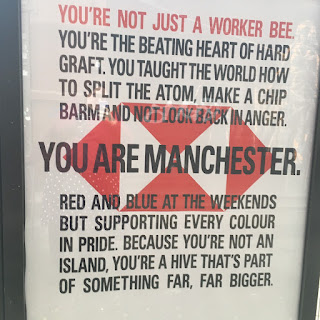 I liked this even though it's a bank advert 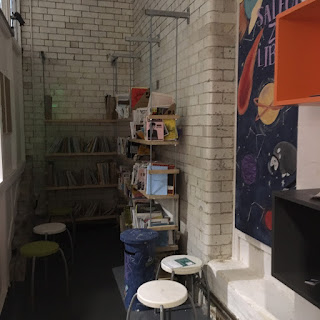 The zine library. You can post your own donations in the postbox 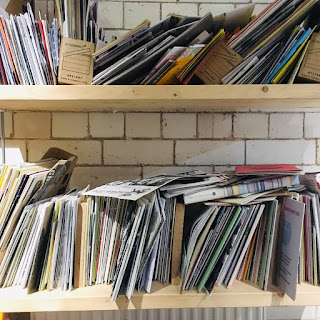 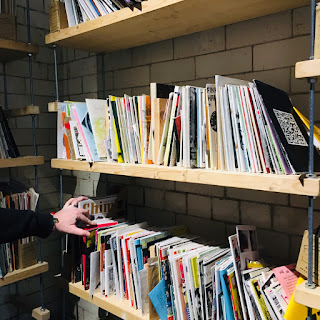 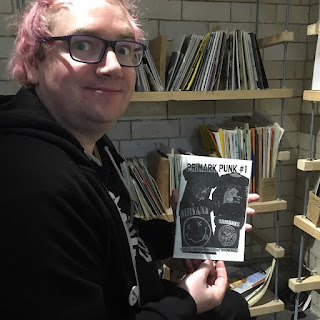 And here's Lee with his own zine!