In February Weirdo Zine Fest was held in Leeds. Kirsty has organised it here and in London before, but I've never been able to go. But this time I applied for a table and got one, so we could definitely go!

So Lee and I set off bright and early on Saturday to Leeds and got there around 11. It turned out we could park on the street just behind the library which was ideal. We got in to the room and to our table and it turned out we were between my friends Lou and Fay and near Janet, which was lovely - we had a nice little corner! The fest started at 12 and there was a steady stream of people coming through. I spoke to loads of friends, including Sarah who I haven't seen in ages, and bought a bunch of new zines. I made a couple of new connections too which was really nice! I also spoke to Saffa, who I met before at Northwest Zine Fest, and who has an illustration in a new LGBTQ+ book called Proud. I'm really pleased she's featured in the book!

I will definitely go to Weirdo Zine Fest again even if I don't table - it's got a really open atmosphere and the room was perfect for the requirements.

Afterwards we set off to go meet Janet and Thomas and Lou and Emma for tea, but we took a wrong turning and ended up getting really lost. Leeds' one way system is a nightmare. We ended up just coming home instead which was a shame as I'd have really liked to have tea with people. Next time!

As ever, if you'd like to buy any of my zines, my Etsy shop is here. 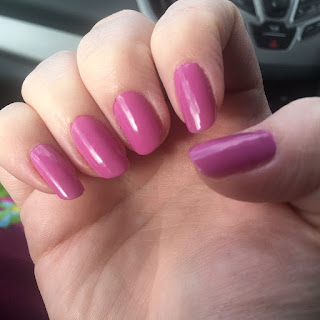 My nails were this Essie shade, a gorgeous dusty pink 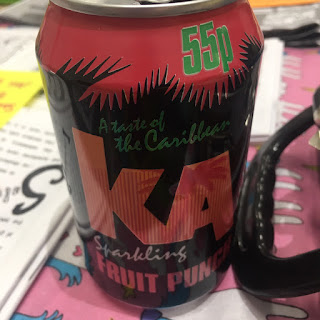 A few weeks ago before the fest I'd been into an international supermarket in Sheffield and picked up some new-to-me fizzy drinks. This one was lush, it tasted like bubblegum 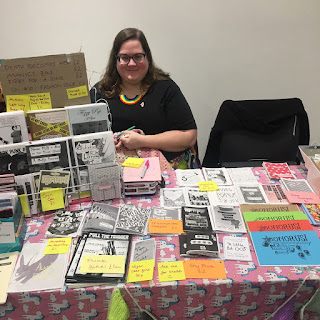 Me behind our stall 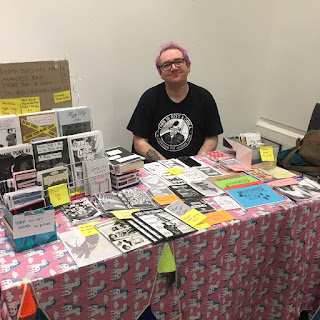 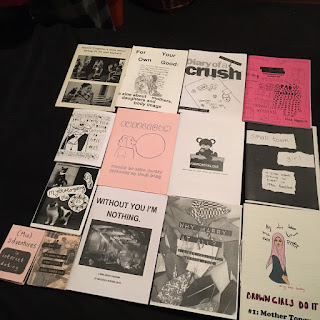 And finally here's all the new zines I came home with!