Lee and I went to Titanic Spa as a special treat for my birthday. I heard of the spa ages ago and really wanted to go, and then I bought vouchers for my mum for her birthday. We're actually going in March, we haven't yet been! But I am signed up to their emails so when I saw a special offer for a January evening I thought Lee and I should go. Lee's never been to anywhere like that before so he was intrigued!

The offer was for an evening twilight spa, from 6-9pm, for the heat and ice experience, and canapes. This also included use of the swimming pool and the outdoor hot tub. We were told to arrive a little bit early, but we were actually there around 5pm, so we got a drink in the bistro area.

At 5.30 we were shown round and into the changing rooms. We got changed into swimming costumes and put our robes and slippers on. The robe wasn't quite big enough for me, but I used a towel underneath and that was better.

We went into the heat and ice experience rooms. It's all in one, in a big circle with showers in the middle. There's a sauna, a hotter sauna, foot baths, two steam rooms, the ice room, an aromatherapy room, and a tiny plunge pool. We started off in the coolest rooms. Lee doesn't deal with heat well so he didn't go in the hottest rooms, and I didn't spend loads of time in them. But I got nice and hot, and then plunged in the plunge pool to cool down and get the endorphins going!

We did that a couple of times and then went to swim. The pool is partially saltwater so really nice to float in. We swam for a bit then went outside to the hot tub. It was freezing but the jacuzzi is lovely and hot.

After that we had our drinks and canapes, they were nice enough. There's water fountains in a couple of places so do keep drinking water as you're sweating out a lot. It is a bit disconcerting because you have to walk through the bistro to get to and from the pool and hot tub, while people are eating, I found that quite odd to be honest!

After we'd rested for a bit we went into the relaxation room. It's a quiet room near the changing rooms filled with cosy seating and beanbags. I was reading my book but Lee, who was a bit under the weather, fell asleep! Then we went back into the heat and ice rooms and did the circuit again.

By 9pm we had had enough time, so we got dressed and left. We'd taken snacks to eat afterwards and I would recommend doing this because you can feel a bit faint otherwise. Lee enjoyed it, he said it felt really indulgent. He said he would go again on a similarly priced special offer.

I've been to Harrogate baths and to Spa 1877 in Sheffield, and I have to say that I prefer both of those to Titanic. I think you get more for your money. Titanic is really posh and if you want the whole shebang then go for it, but I'm not sure it's worth it. Overall I like Spa1877 best for value for money. But if you like swimming and a jacuzzi then Titanic is better - Lee loves both of these so that was good for him as there was less emphasis on the heat stuff, which he doesn't like. I would go again, I'm looking forward to going with my mum in March and seeing what she thinks of it! 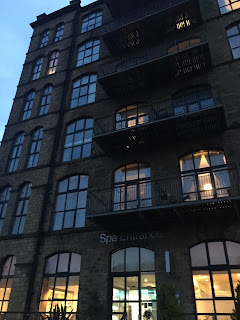 Titanic is an old mill that has been converted into flats, so residents use the gym too. It's a really astonishing building and I'm glad they've preserved it 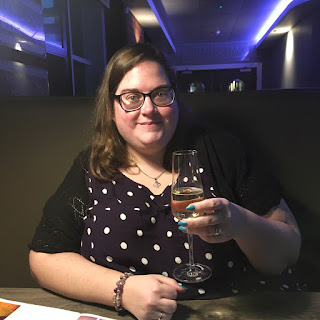 Having a glass of prosecco while waiting to go in 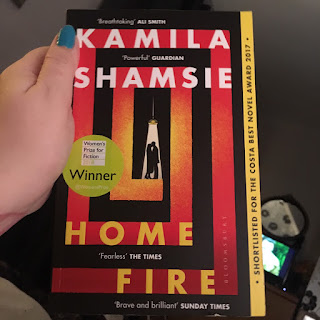 The book I was reading at the time!