May was my worst for number of films watched ever since I started keeping records several years ago! It was terrible! I watched FOUR films! I've been thinking about why that is, and I think partly it's because I've been watching old seasons of Gogglebox a lot, and I quickly got through Season 3 of the Real Houswives of Beverly Hills, and there's been other good TV on too, and it's also partly because as things have been opening up I've been out more and in the house less. I don't know what this means for films going forward, but it's the first of June as I write this and I'm watching a film already to try to do better!

Anyway, here's what I did watch: 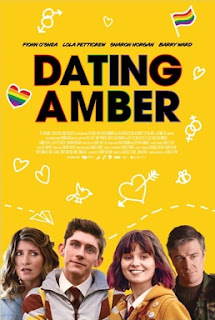 Someone had recommended Dating Amber to me, but it took ages for me to get around to it. It's about two gay teenagers in the 90s in Ireland, who decide to date each other as a cover for their real sexualities. I liked it, it's cute and funny 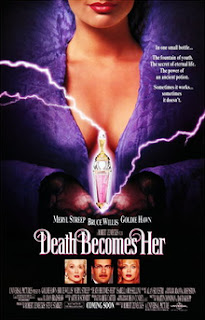 Lee and I watched Death Becomes Her, which we hadn't seen in absolutely forever. I love it, each of the leads is perfect and so funny 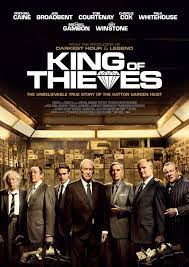 Carrying on with my watch of all the dramatisations of the Hatton Garden robbery in 2012, I watched King of Thieves. It's the most slick of the 3 I watched (two films and the TV series) and Michael Caine is good, but the TV series is still the best one 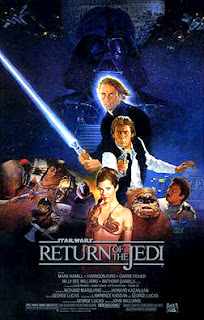 Finally Lee and I watched Return of the Jedi, which I do love very much. He wanted to watch Rogue One, but I said this instead.
See you next month, let's hope I do better!
Posted by Rebecca at Tuesday, July 06, 2021