On Sunday 20th June Lee and I went to the Great Yorkshire Vegan Market in Leeds. As I've said previously, I'm vegetarian, but I like to eat vegan sometimes, and Lee doesn't eat red meat but does often eat vegetarian with me, and he also likes vegan substitutes for meat, like bacon or burgers. So when I saw the festival advertised somewhere online, I thought we should go. I bought one standard ticket for a fiver and one VIP ticket which I think was about £15 and which came with a goodie bag. I figured we only needed one between us.

We parked at Leeds markets and unfortunately had to walk all the way around because the entrance was at the other side and it was all cordoned off. I wish there'd been information about this because I would have parked at Victoria Gate and just walked across the road. But we made it in around 11am. There were quite a few people there but it wasn't busy. We headed to the farthest away stalls, which were the hot food stalls. There was Greek and vegan Fish and Chips, and an Ethiopian food stall. We then started around the rest of the stalls. I'd seen people complaining that there were a lot of cake stalls, which I didn't agree with. There were dessert stalls, but of different types, like doughnuts, cookies, brownies, layered cakes, and so on. There were clothing stalls, skincare stalls, soap stalls, wildlife stalls, jewellery stalls, all kinds of things. We bought some brownies, and wandered around. It was hard to make decisions but I've still got birthday money left (from January!) so I treated myself to a couple of bits.

We went out of the market area to have some lunch as there were some benches. I had a Greek pitta but it wasn't that nice - it was quite dry. Lee had a vegan hotdog and chips and I wished I'd gone for that as they were both delicious! Oh well, next time.

We went back in to look at the rest of the stalls. We bought quite a few things as you'll see in the photos. I thought it was good for the price and I'd go again. I wish there'd been more street food, but that's my only complaint. There were some really lovely stallholders and not too many people.

Afterwards we went to my mum's to see my stepdad as it was Father's Day, but we didn't stay too long. It was a good day! 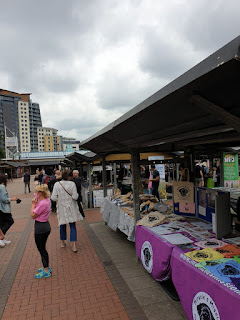 Lee took some photos for me of the stalls 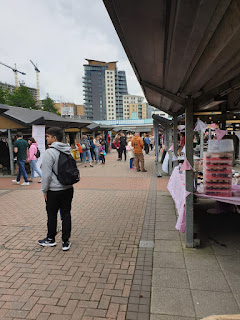 You can see it was busy enough but not stupidly busy 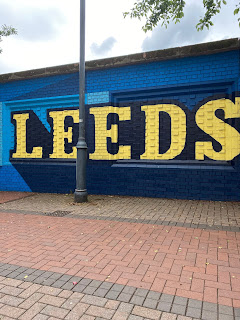 This mural is on the outside of the markets and has been for years - it reminded me of when we used to take Lee to the coach station so he could get the National Express home to Durham! 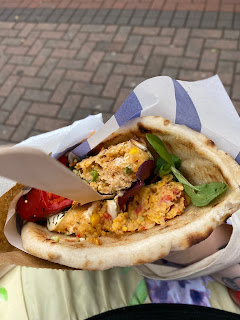 My pitta wrap, but like I was it wasn't too good 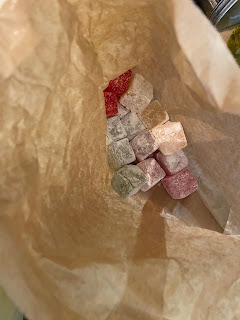 Turkish delight! I bloody love Turkish delight but I don't like rose flavour. The stallholder, who was actually Turkish, pretended to be disappointed in me, but gave me a couple of pieces of all the other flavours, including apple, mint, lemon, orange, pomegranate and a couple more 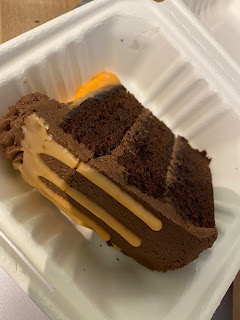 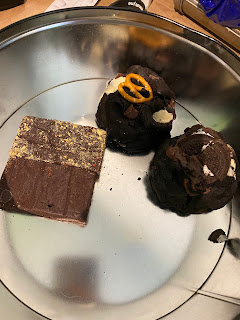 Brownies on the left and cookie dough bits on the right. Those were so good! You reheat them in the oven or microwave and they were so delicious 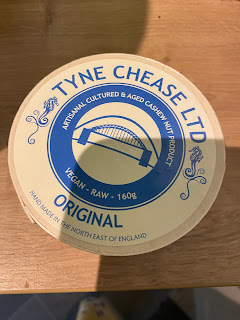 I had been meaning to order from Tyne Chease but hadn't got round to it, so I was pleased to see them at the market. They had tiny crumbles of about six flavours to try, and honestly, I liked them all. It's not exactly like cheese - it's very soft - but the flavours were good. I went for original, which was nice and salty. I dunno what I'll do with it yet! 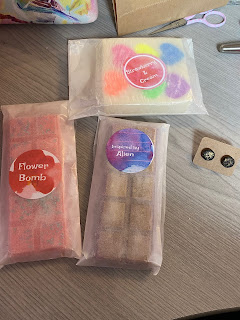 I got some soap and some wax melts from some lovely girls from Lincoln, and some earrings from Olive & Hope which I'd recently seen on Instagram and which I really liked! 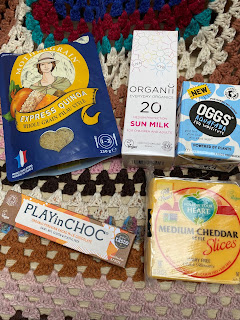 These are the goodies I got in my VIP bag!