I was awake early on the Monday morning of our trip away, because I hadn't slept at all well. I let Lee sleep though and just read my book. We didn't have to rush out of the Airbnb so we left around 11 and went to park in town. We went in a couple of shops and then had a hot drink in a cafe. Sam arrived not too long after that and we went in some more shops and sat by the river for a bit. It was looking low despite the fact that there had been lots of rain - hopefully the flood defences upstream are working because Hebden Bridge was really badly affected by floods a few years ago.
Janet found us by the river around 1pm and we went to Cafe Mijo for lunch. It was nice but the service was a bit rubbish and they didn't explain that some of the items weren't available, including what I had chosen. I ended up with a veggie breakfast though, which was delicious all the same. It was nice to see Janet and chat to her after so long. We met through blogging actually although we then have tons of mutual friends and both make zines and like YA literature.
We went into a few more shops after lunch, Janet had to go and then Sam went too to get the train. Lee and I had ice cream by the river before setting off home. I'm pretty sure I had a nap when we got home as I was very tired!
It was nice to get away from home for a little bit, though, and I love Hebden Bridge so much so it's perfect for a little trip away.
I was wearing my hand bleached bike gear t-shirt, and my Scarlett & Jo skirt that I cut down from being a dress.
Oh and there's Jasmine for good measure, she was pleased to be home even though they had both been fine at my mum's! My mum and stepdad love having them overnight and it's so useful for us. 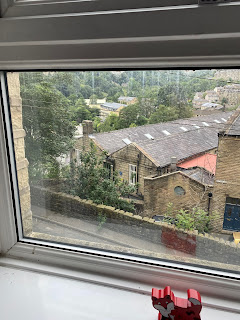 The view out of the bedroom window 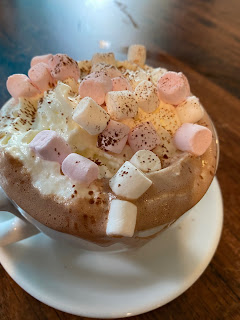 Hot chocolate in the cafe 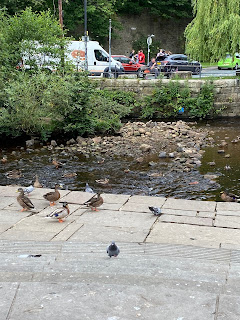 Ducks on the river 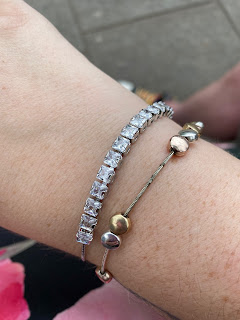 I bought the silver bracelet in a shop in Hebden Bridge, with some money I still have left over from Christmas! 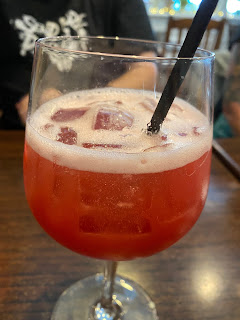 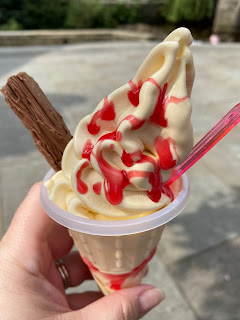 I had a Screwball ice cream, I haven't had one since I was about twelve! 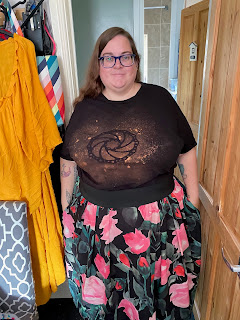 This is what I was wearing 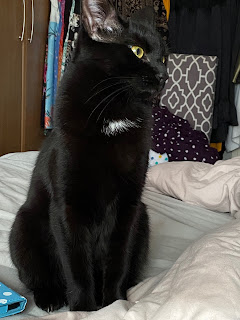 And here's my beautiful Jazzy
Posted by Rebecca at Sunday, September 19, 2021