Lunch Out with Amy

In the middle of September I went to Manchester to meet my friend Amy for lunch. She's on maternity leave at the moment with her second baby, Robyn, so we arranged to meet at Slattery's which is a really fab patisserie and restaurant on the outskirts of Manchester. I've been a few times both with Amy and with my friend Helen.

They do a few vegetarian options; Amy and I both went for Welsh rarebit with garlic mushrooms. I've had it before and it's so creamy and garlicky and full of mustard. I had a hot chocolate - it comes with all melted chocolate round the edge and hot milk in the middle and you mix them together. Amy had a chocolate milkshake.

Slattery's desserts are what you really go for though. There's a patisserie display and they all look lovely but I've always gone for one of the chocolate desserts. I got the pudding sampler which had two of their chocolate pots, one filled with melted chocolate and one filled with cream, then a caramel shortbread, a piece of chocolate fudge cake, a piece of chocolate and orange cake, and a chocolate and raspberry brownie. I KNEW I wouldn't eat it all and actually I didn't even try - I ate the brownie and the melted chocolate out of the cup and some of the cream, and then I asked for a box for everything else. Amy got the strawberry and marshmallow dippers which I've had before and which are great.

I set off home about 2.30 as I had a Zoom meeting to attend at 5pm and I wanted to chill out for a bit first. I was wearing this Joe Browns dress though, I've only worn it once before and it's really nice. It's red and navy blue, I'm not sure if it looks black in the picture. I like it, it feels comfy!

I brought Lee home a piece of chocolate fudge cake and a sourdough loaf which we ate some of for tea. 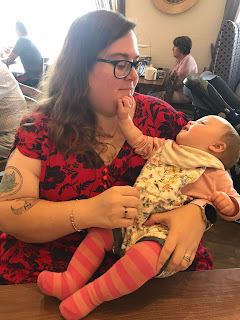 Cuddling baby Robyn, I was booping her nose which made her laugh 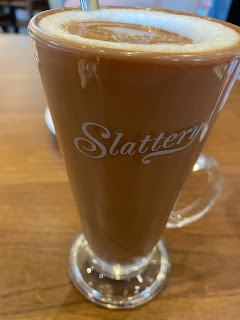 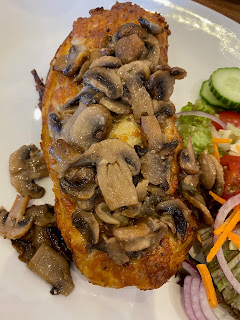 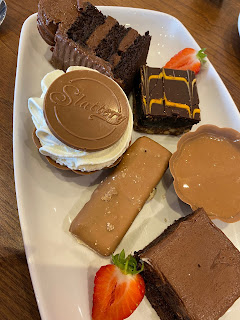 And the amazing dessert sampler 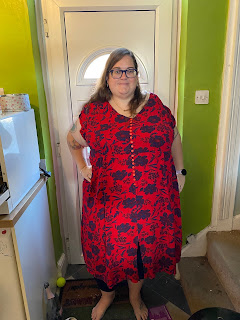