Lunch Out with Chloe and Laura

Towards the middle of September I met up in Sheffield with Chloe and Laura. I've seen them both since lockdown ended but they hadn't seen each other, so we made plans to meet for lunch. I suggested TGI Friday's near Meadowhall. We got there just before noon so were ready to go inside as soon as they opened the door! We got seated and ordered some drinks.

Thanks to Brexit the menu was cut a little short due to supply issues, but there were still a few veggie choice. I went for cheesy potato skins to begin and then vegetable fajitas. These turned out to be courgette, mushroom, and pepper, which I thought was lovely but if you didn't like courgette it might have been a problem! I also had cream soda to drink which was SO good.

We chatted for ages. Chloe and Laura had dessert but I only wanted chocolate fudge cake and it was one of the products that wasn't available, so I didn't have one. We sat chatting for ages and left around 3pm. We made a date to meet up again before Christmas (if we're not back in lockdown by then...)

I was wearing my contact lenses again, so I was wearing my new aviator shades, I love them and the colour of the lenses. Laura brought some bits she didn't want for both Chloe and I, which included these very cute sunglasses for me! I love them! I'll have to wear them out soon.

When I got home I laid on the grass for a while with the kittens, they were desperate to go outside even though it was hot. When Lee had finished work we popped to Matalan (which is miles away at Cortonwood, but there we go) and Lee got KFC for himself for tea. 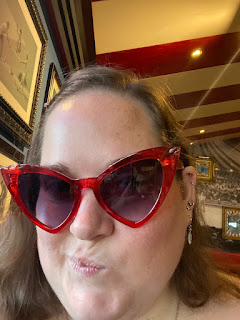 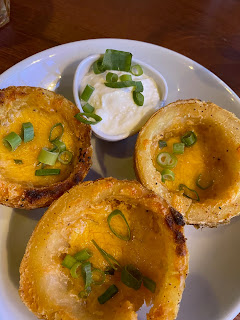 Cheesy potato skins, they were nice and crisp 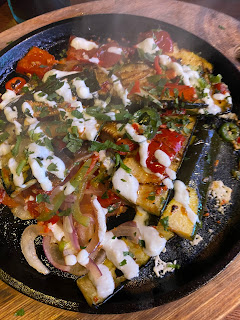 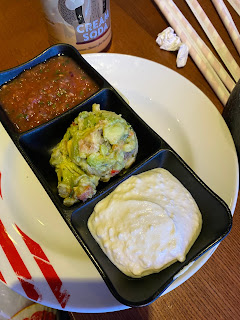 Which came with a general serving of salsa, guacamole, and sour cream 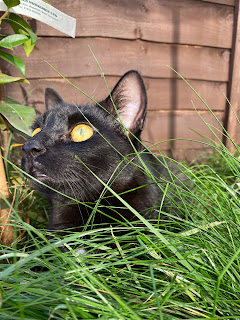 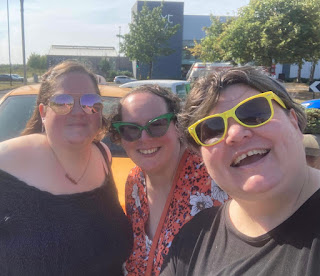 Chloe took this photo of the three of us outside the restaurant, aren't we cute?!
Posted by Rebecca at Saturday, November 13, 2021