On Sunday morning of our trip, I had a little lie in as I hadn't slept well at all. Then when I did get up, I kept my pyjamas on because I knew everyone else would still be in theirs. Sam and Jacqui made a Sunday dinner quite early; it was delicious! I had Richmond veggie sausages with mine. It was Jacqui's birthday and also Hilary's so they both opened their presents.
I had taken my cross stitch with me but when I picked up my bag on Sunday morning to pull it out, I couldn't find the needle. I took everything out and looked really carefully, but could NOT find the needle. I was gutted as I didn't have another one with me. I read instead but I'd really like to have had that time to stitch! What's more annoying is that when I got home I opened the bag and the needle was right there in the middle of it! It must have been caught in a seam or something, but I thought I had been so careful in looking for it. Oh well!
I watched Jac and Dani play snooker and then I played too for a bit. At about 4pm Sam and Jac and I went in the hot tub. It was really hot and lovely - I'd love to have one but I couldn't fit one in my tiny garden! It's so nice on my joints.
We eventually got out and then I went in the bath. I rarely have baths but this one was really big and had jacuzzi jets so I thought I'd give it a go. I added lots of bubble bath and it was so lovely. I wallowed and read for a bit before I got out. I had to be ready by 7.30 because it was time for.... school disco!
Jac had gone all out in decorating the games room and we had a disco ball to go with the music that we had all contributed tracks to. There were tons of pictures of people from the 90s and we all had to wear school stuff/what we wore in the 90s. Now I spent most of the 90s in a band t-shirt and baggy jeans (I was quite a gothic mosher type) but I didn't have either of those so I wore my pleather pleated skirt and a white top, and a pink and black striped tie that I used to wear to gigs in the mid 00s. I put a bit of make up on but then borrowed Sam's eyeliner because I wore a LOT of eyeliner in the 90s. I reckon I look like I've joined the Horrors, but no matter. We danced and chatted and laughed, it was so much fun. Jac and Sam had made a buffet which was lovely. We also cut Jac's cake - it was delicious! We finally went to bed about midnight; I was knackered! 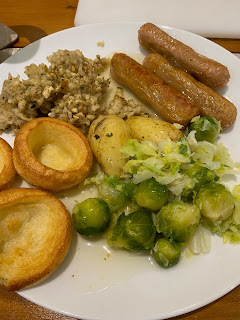 Sunday dinner - I'm not usually a fan of cabbage and sprouts but it was so good! 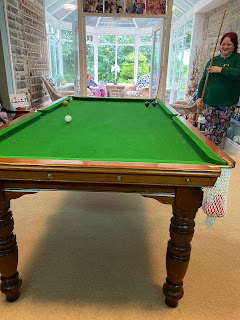 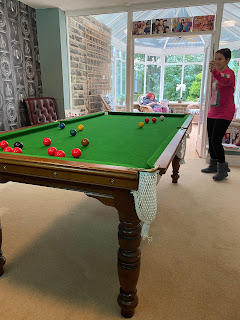 Can you see the 90s pictures already up above the door? 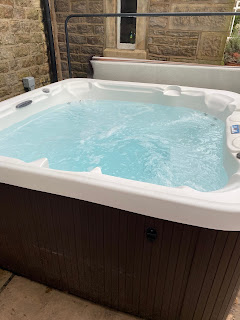 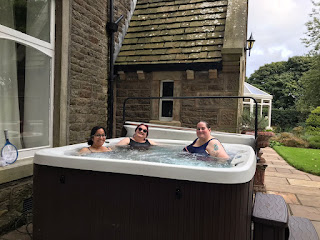 With me and Sam and Jac in it 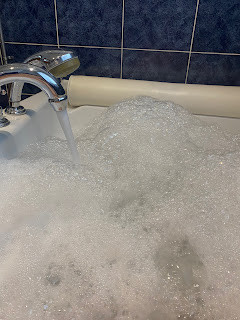 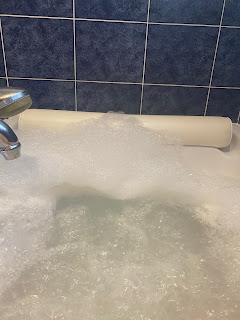 My legs were folded in front of me, proving how big this bath was 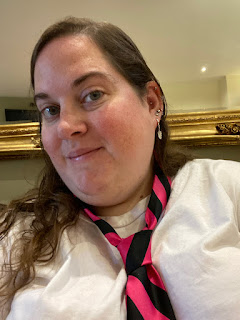 Nearly ready for a school disco 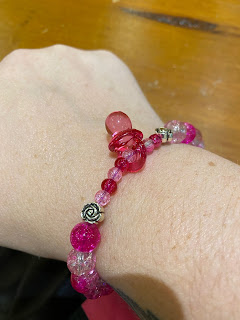 Jac made us all bracelets with dummies on  - did you collect those in the 90s? 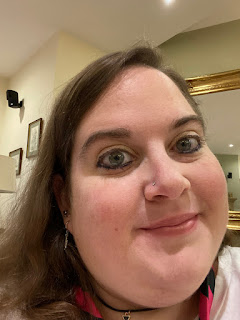 Ah that's better, with a ton of eyeliner 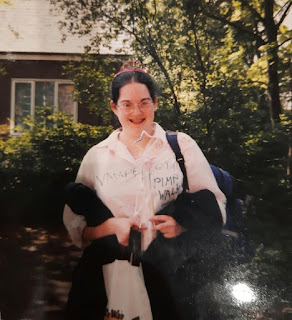 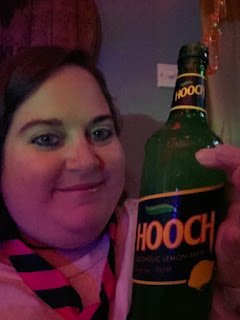 Oh god Jac bought us each a LITRE bottle of Hooch - I never actually drank it as a teenager. I preferred Smirnoff Ice or vodka, lime and lemonade. My mum loved Hooch though! 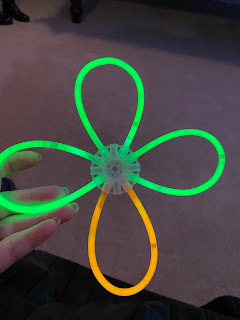 We had one hundred glowsticks between us! I made a flower 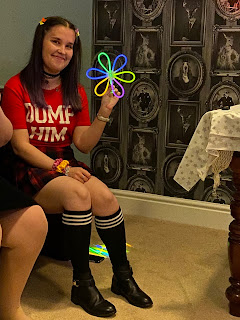 And so did Dani! 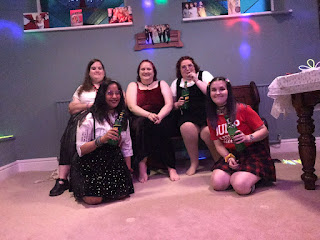 We managed to get the timer working to take a photo of all five of us. Sam is wearing her actual school shirt! I put my Dr Marten shoes on too because I definitely wore them to school in the 90s 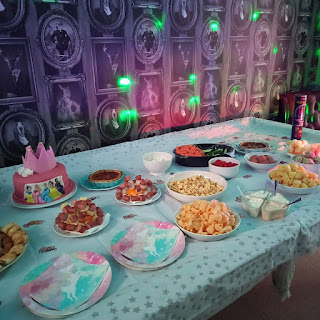 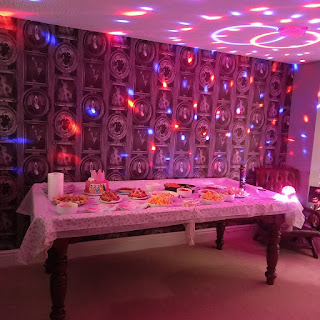 The lovely buffet and the disco ball lighting 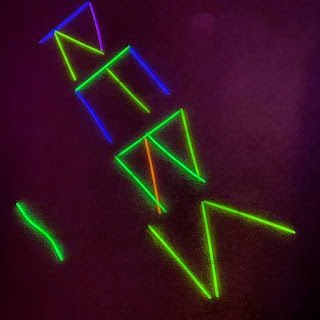 Sam made everyone's name in glowsticks