At the beginning of September Lee had booked to go to London for a thing - don't ask me what cos I don't fully understand it, but it was some kind of comedy geekery and he was really looking forward to it and looking forward to meeting people that he's only spoken to online before. Plus Sooz Kempner was there and he got to meet her and took a photo with her, which I think is pretty cool cos she seems a pretty sound kind of person!

Anyway, I invited my friend Von to come up for the weekend. I haven't seen her since my birthday in January 2020, so it was beyond time to see her. She arrived really late on Friday night - she'd been late leaving the office - so we didn't get much chance to speak then, but then Lee left early on Saturday morning. Von and I chilled out for a bit, playing with the kittens, and then set off around midday for Holmfirth. There's a vegan ice cream shop there that I've been wanting to try, and as Von doesn't eat a lot of milk I thought it would be ideal for her. We stopped at the shop and bought sandwiches and drinks, then carried on to Holmfirth. It wasn't as busy as I thought it might be, so we parked easily. We sat on a park bench eating our sandwiches and then went into the ice cream shop, which is called Lick.

It's all dairy free; they had maybe 18 flavours of ice cream and several different flavours of cone. Then they had maybe five toppings too. The whole place is very Instagrammable - there's a very cute neon light and wall for you to take photos. We were spoilt for choice, I went for bubblegum and chocolate with a pink sherbet topping. Von had stem ginger and something else. It was SO nice - the bubblegum was really refreshing.

We didn't stay long in Holmfirth, but then drove over to my mum's. She was busy watching firstly the Formula 1 qualifier, and then the first of six rugby league matches as part of Magic Weekend, but we chatted anyway, and I don't mind watching the rugby league cos I do sort of love it.

We left my mum's at about 5pm cos we were going to Meadowhall to meet Sam. I had invited her for the weekend too, but she works Saturdays and she was over in Doncaster so it was easier for us to go to Meadowhall to meet her. We went to Las Iguanas for something to eat. I haven't been in forever but their vegetarian offerings are okay, so I knew it would be fine. Sam and I had some cocktails which was nice. I had some fried cheese for a starter and then mushroom fajitas.

After two courses each we were stuffed so we set off back to mine, stopping off to buy wine on the way home. We decided it was pyjama time and then we watched crap TV and drank wine and chatted until bedtime.

On Sunday we each got up and got ready, and chatted for a bit before heading to Yummy Yorkshire for lunch. It's another ice cream place near me, but they have a restaurant too with delicious food. I went for a veggie hotdog. We had ice cream outside in the sunshine. We took Sam to the train station in Shepley nearby and then came back to mine, where Lee was home! Von left not long after but it was so lovely to see her - it felt like old times again. 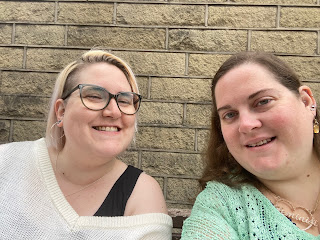 Me and Von in Holmfirth. I'm wearing contact lenses again! 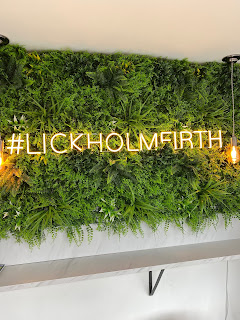 Inside the ice cream shop 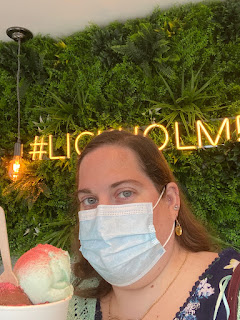 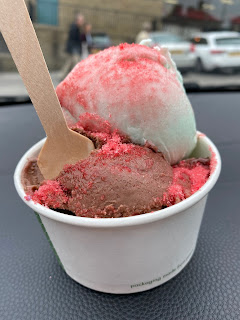 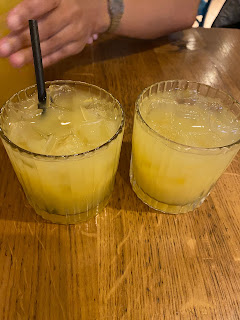 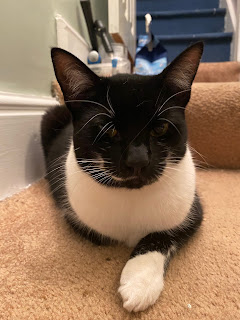 Poppy waiting to be fed last thing at night, isn't she so cute? 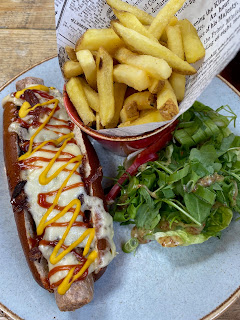 My veggie hotdog at Yummy Yorkshire 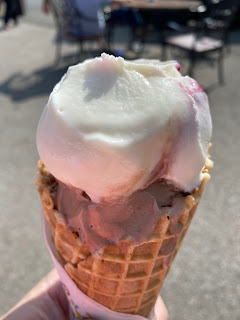 And my ice cream there - prosecco and summer fruits, which was delicious, and chocolate
Posted by Rebecca at Wednesday, November 10, 2021