On the Monday of our trip we went on a magical mystery tour! Jacqui told us to be ready to leave at 11am. I was ready but then my mum rang me so it was 11.15 by the time we left. We set off in my car though, heading towards an antiques place.

When we got there Jacqui gave us each a fiver and told us we had to buy the 'best' thing for a fiver and she would be the judge of it. It was a fun game! There were plenty of treasures in the shop, which was huge, but I went for the Sound of Music soundtrack on 12" vinyl. I also bought myself some lapis lazuli earrings which are really lovely. Sadly I didn't win the game - Hilary did with her ceramic port dispenser that was just £4!

Our next stop was a reservoir, we couldn't actually get to the one we first planned because the only road appeared to be one that said 'private road, no access to reservoir'. But there was another one just a bit further down so I parked on the side of the road and we walked down a little bit. We took some photos including a selfie of five of us. It was a lovely day - much better than the weather forecast had predicted. We stayed there for a little while then drove to Dolly's Tea Room in Darwen.

Jacqui had booked afternoon tea as a surprise for us, but there was a bit of confusion because they thought there was only three of us, and then they weren't sure if they could accomadate a vegetarian because they weren't sure if the cakes were vegetarian. No love that's vegan you're thinking of, and I'm not one of them. But we got seated and were soon served with cups of soup as part of the afternoon tea. It was cauliflower and broccoli and tasted delicious!

The afternoon tea had four sandwiches, vegetarian for me included carrot and hummus, egg, cheese and chutney and something else. Then there was a cheese and onion pie and coleslaw, and then a huge scone with jam and cream, and a mini chocolate eclair. It was all nice, as was my hot chocolate, but the service was a little strange and the owner just bizarre. We were all bemused. But it was nice food.

We went back to the manor house and chilled out. Sam and Jac and I went in the hot tub again and then I showered in Sam's bathroom afterwards. In the evening we had party leftovers to eat.

Sam and Jac and I were all wearing dresses from Carolina Dress Room! Mine was new and has Schitt's Creek on it, I love it but I wish it had Johnny on it! 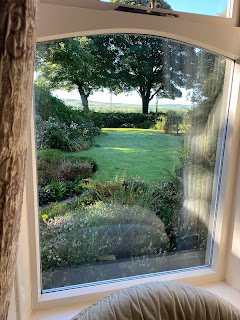 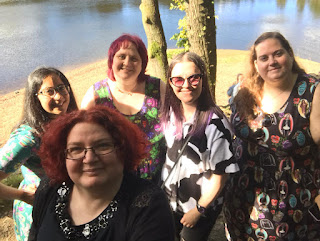 Hilary took this photo of all five of us at the reservoir, I think it's lovely! 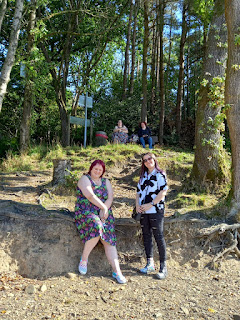 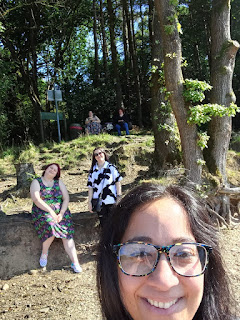 And this one featuring herself too 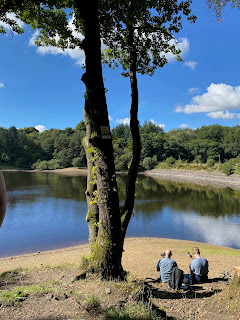 I took this, the reservoir was completely still and beautiful 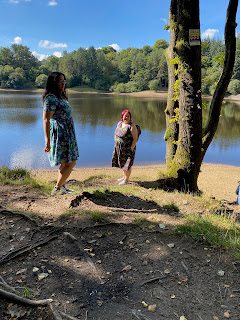 And this of Sam and Jac 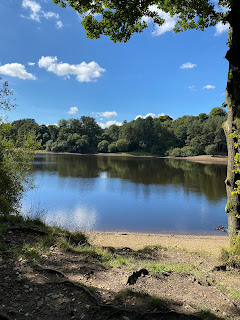 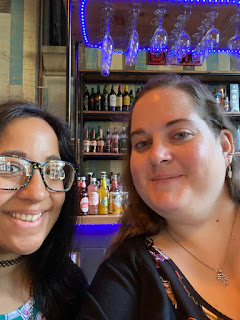 I made everyone do round the table selfies as I do sometimes. I'm wearing contact lenses again, it was nice to be able to keep popping my sunglasses on and off 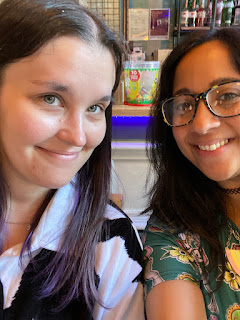 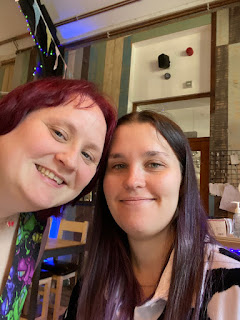 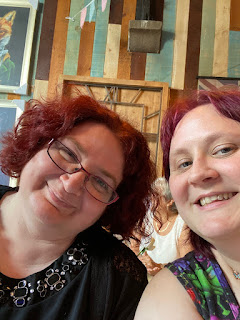 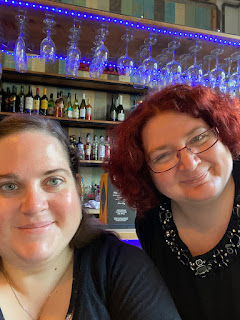 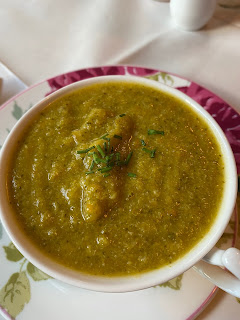 Soup to start with, everyone enjoyed it 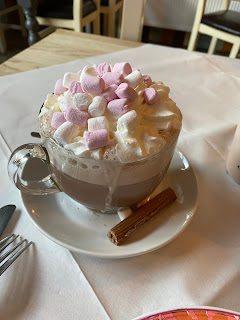 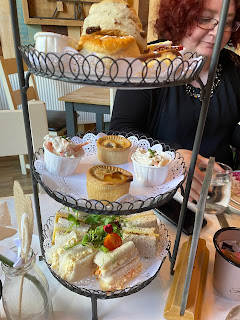 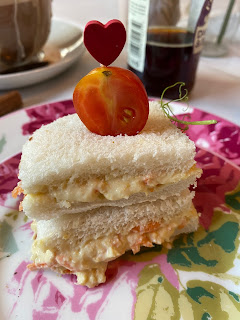 The sandwiches were secured with this very cute heart cocktail stick 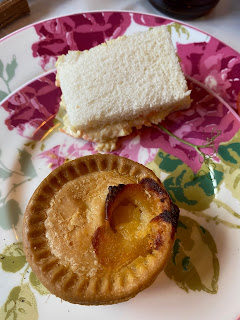 Pie and a sandwich 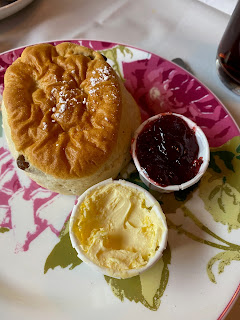 Scone with cream and jam

In our Carolina Dress Room dresses! 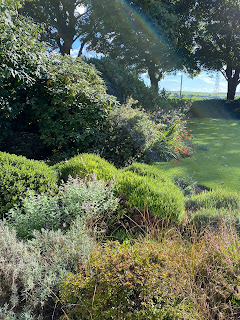 The garden later on 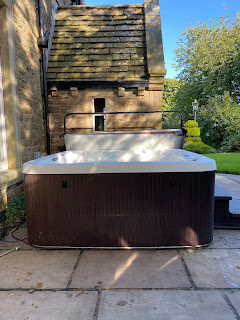 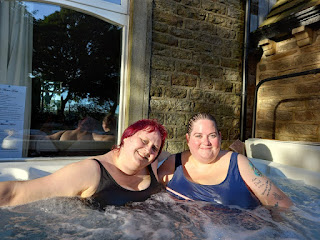 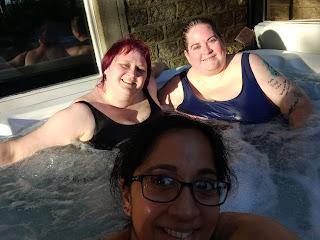 And with Sam included 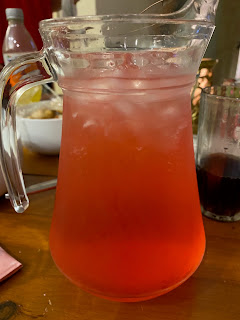 I made us a cocktail - passoa and vodka and lemonade - it was yummy!
Posted by Rebecca at Monday, November 29, 2021