So only two and a half weeks after my mum and I spent Easter Monday in Sheffield watching the World Snooker Championships we were back at the Crucible to watch the Seniors Championship. This was much less well attended and a lot cheaper than the main one, but no less fun. We first had tickets for August 2020 but that obviously got cancelled, and this is when we moved our tickets to.

Lee took us to Sheffield early as he had to get back to work, so we walked along Norfolk Row to Marmadukes where we sat outside and had some breakfast. I had a toasted teacake and a chai latte, both of which were nice. We then went across to the theatre. We were right on the second row this time and I'm told you could see us on some of the coverage! Rob Walker was there again, as he had been previously, but this time he was in a sweater and jeans rather than a suit. We spoke to him which my mum was really pleased about, I took a photo of them.

We saw two matches before lunch which were both good - Rory McLeod was very good. We slipped out before the final frames of the second match because we needed to get some lunch. We went to the Head of Steam just in the theatre square. I had a vegan chicken sub which was nice enough.

We headed back to the theatre for 2.30 for the second session. I was in pain - ongoing womb issues - and around 4.30 I snuck out and sat for a while in the foyer. My mum joined me just after 5pm, saying she wasnt bothered about seeing the very end of the fourth match. I would have stayed if she had been, but instead we walked down to the station to catch the 5.30 train. We only just made it as there was a platform change, but it was okay!

It was another good day, I really enjoyed the snooker again. It's good being in the atmosphere and my mum had a good day. 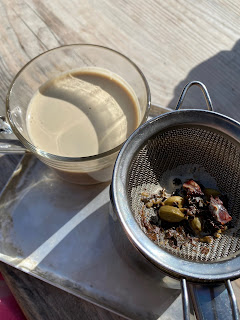 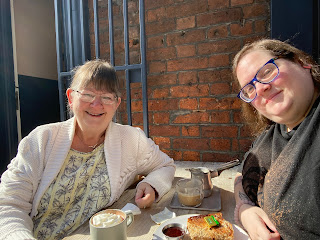 My mum and I enjoying the sun 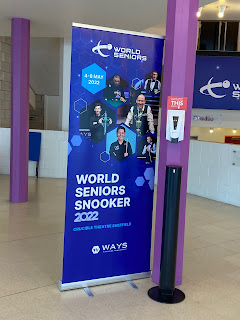 Back in the Crucible 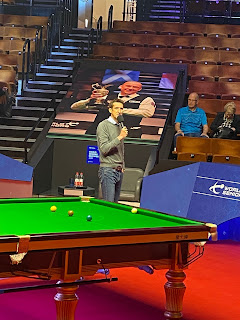 Rob Walker chatting to us before the first match - there were only about 40 people in the first session! 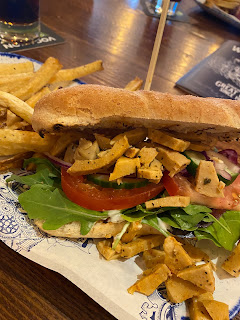 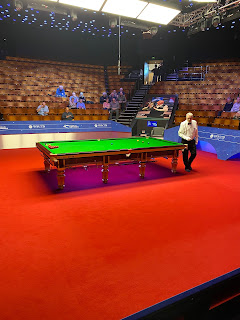 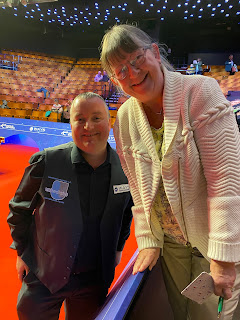 My mum and Wayne Cooper, who won his match. He's a local lad too, he's from Bradford 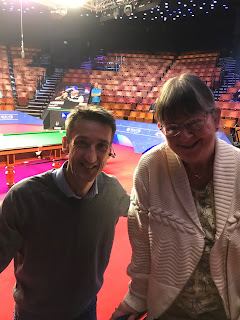 And my mum and Rob Walker sometime during the morning
Posted by Rebecca at Monday, June 27, 2022

Email ThisBlogThis!Share to TwitterShare to FacebookShare to Pinterest
Labels: sheffield